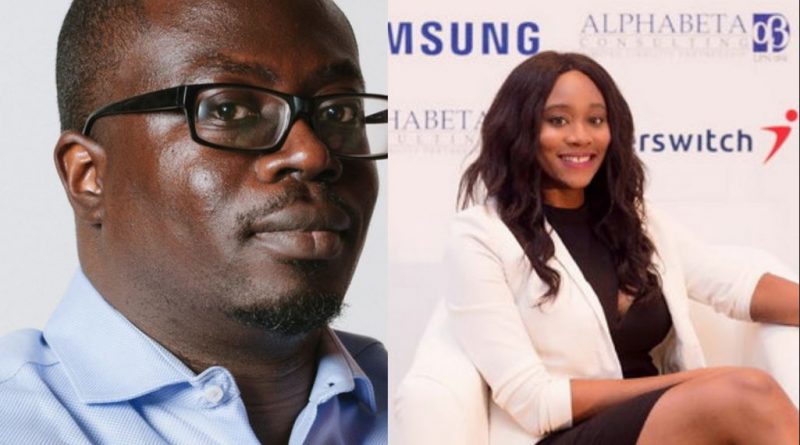 Local News
June 9, 2020June 10, 2020 Mary 0 Comments
LinkedInFacebookTweetPin
LiveChat will greatly increase the number of your satisfied customers. I've already tried it and I can recommend it as a go-to customer service tool! Sign up today for a free trial! 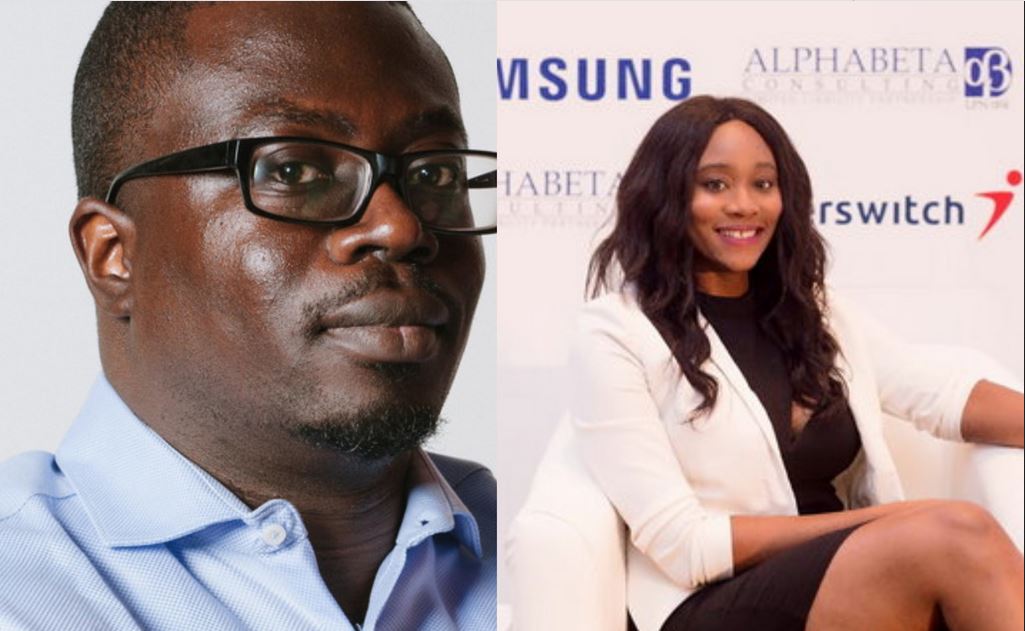 Kendall Ananyi, the CEO of Tizeti Network has reacted to the sexual harassment allegation which has led to his suspension from the mobile network he co-founded.

The allegation was made by Kelechi Udoagwu, a tech consultant who accused him of exposing his private part and pressuring her into having sex with him during a business meeting.

No means no. It’s really that clear.

If a lady wants you, you will not have to guess. Her eyes, her words, her demeanor will tell you. If you don’t see any signs and are wondering if she wants you, she doesn’t. Just apply this rule to your future sexual pursuits.

I just laughed sadly cos I remember one Naija #tech mentor who was supposed to be mentoring me when I was in MEST & this dude (married) pulled out and put his dick in my hands in the bright afternoon, begging me for anything I could do *sigh.

He wasn’t a staff of MEST. He visited as a Guest Speaker. Our friendship had been purely platonic and professional till that afternoon. I could barely assimilate and react that this was really happening cos I had put the guy on a pedestal and know about his wife.

Defused the situation calmly. Nothing happened. Was mad irritated. We have never spoken since then. That evening, I went and told @Sir_Kobb and Jerry (what’s Jerry’s handle), my friends & protectors then. They told me “everything go de alright” and we moved on from the topic.

Not tweeting on this anymore #IamTired. If Kendall comes and says I lied, someone who knows me, pls call my phone to come defend myself.

I am not even seeking revenge on Kendall. I dont want an apology. I want (African) men to do better. This is for Uwa. And the men who killed her weren’t Kendall. They are you, men like you in my mentions. Educate yourselves. Change your ways. Don’t be wicked #JusticeForUwa 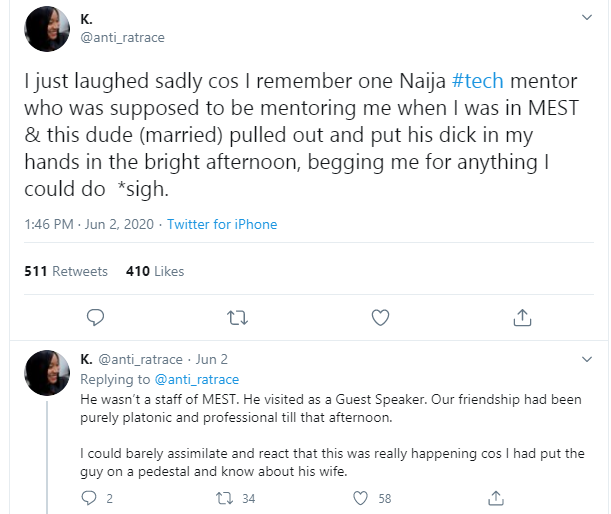 After MEST Africa reacted to the allegation, Kelechi made a clarification and also revealed that it never happened on MEST ground. 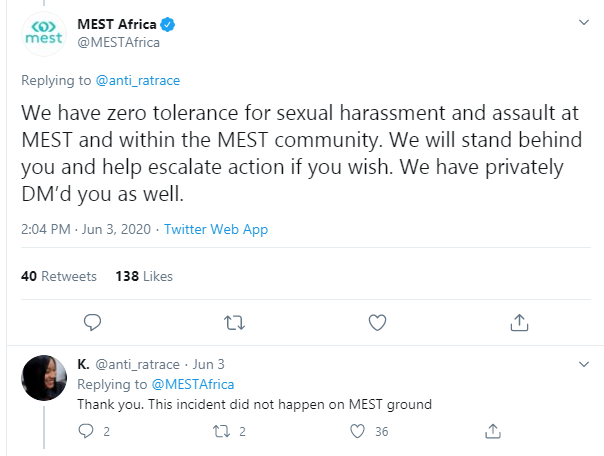 Following the allegation, the management on Tizeti issued a statement on Sunday June 7 revealing that Kendall has stepped down as CEO of the company. It was further disclosed that Patricia Aiyedun and Ifeanyi Okonkwo will assume the role of interim co-CEOs immediately.

The Statement Read In Parts;

“We want to affirm that we take allegation of harassment, discrimination or misconduct of any kind, very seriously.

“Before joining Tizeti, Patricia was a senior manager at PricewaterhouseCoopers with over 13 years of professional accounting and financial management experience.

“Ifeanyi Okonkwo has over 14 years experience in the telecommunications industry and is co-founder and current COO of Tizeti. Before co-founding Tizeti, Ifeanyi worked with various telecom companies including Blackberryand Eircom.

“We are thrilled to support Patricia and Ifeanyi as they assume their new role within the company.

“Tizeti continues to be fully committed to high ethical standards, gender equality and making sure our diverse team feels safe, valued and comfortable at all times.”

Kendall who however reacted to the allegation in a statement he shared on Twitter, stated that he never had a MEST mentor-mentee relationship with Kelechi. The suspended TIzeti CEO further disclosed that he will continue to work on proving his innocence. 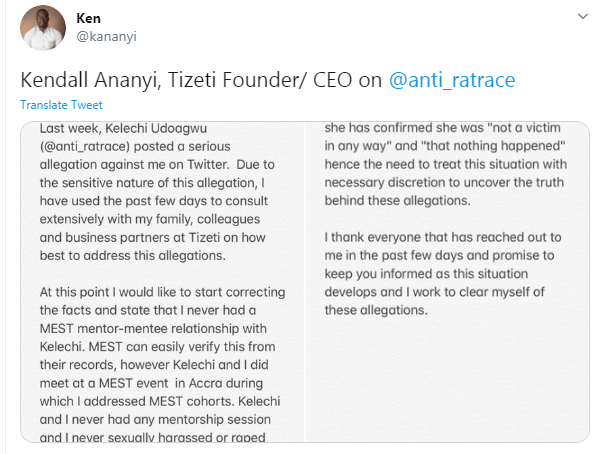 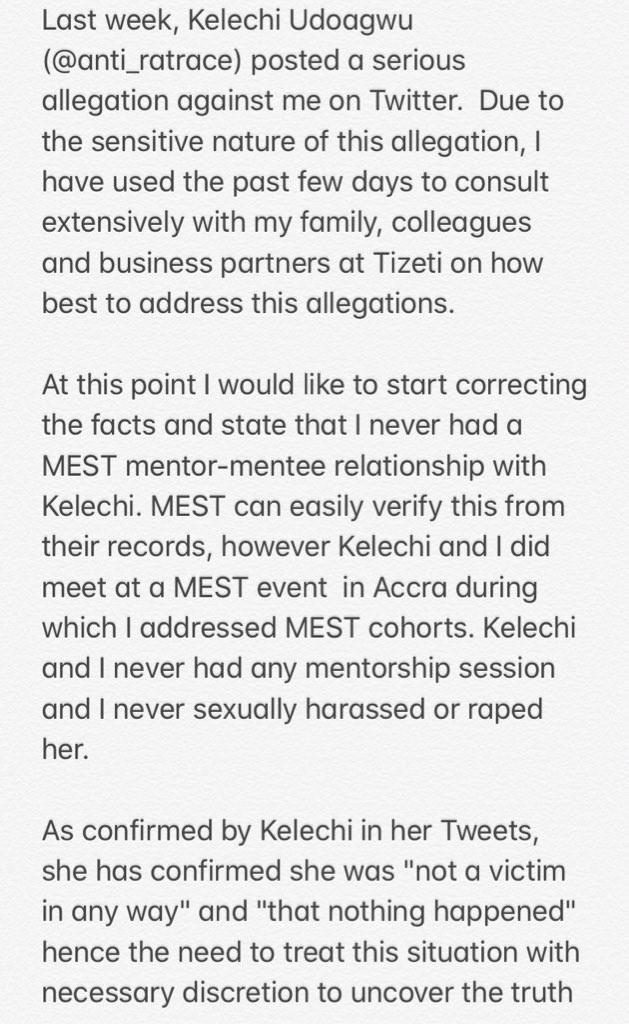 Kelechi who reacted to Kendall’s denial of the sexual harassment allegation, tweeted in response;

Kendall [email protected], did you whip out your *thing* on me in a professional meeting where you were supposed to be advising me about my startup & transitioning into fulltime consulting? Yes or No?

Prior to this, did we have any relationship that blurred the lines for you to think it was okay to do this? When you did this, what was my reaction to you? How long did we go back and forth about this your *thing* before I was able to leave the room?

Are you saying that this did not happen? Or you can’t recall how many times I told you I wanted to leave? You kept saying “wait, you wanted to finish your video call w your partners” like you had more advice to share. What did you come towards me & do after this video call? 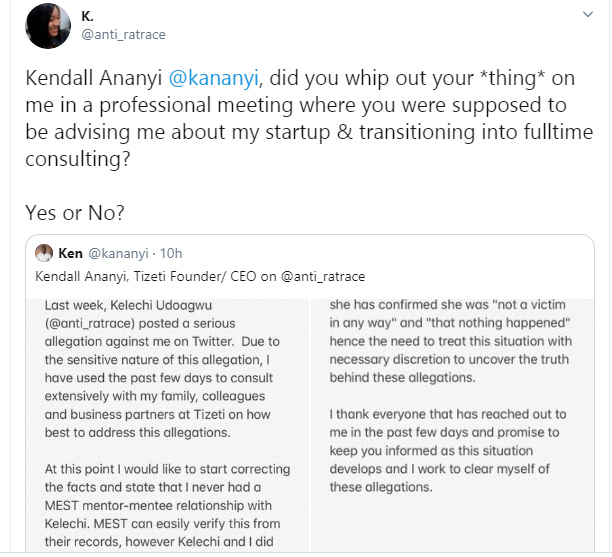 The tech consultant further added that after proving her allegation against Kelechi, she will also bring in other ladies who shared same experience.

I WILL SPEAK AND I WILL SPEAK LOUD @kananyi What’s life if you aren’t fighting for a worthy cause? #istandforourwomen I’m now ready for you @kananyi . Whether I stand alone or not. But first, I’m sleepy. Brb.

And after we clear this one. We’ll move to all the other girls who have shared their experience w Kendall Ananyi with me. They have asked for anonymity but I am not afraid of you @kananyi . You are a danger as a leader in this tech ecosystem.

I confided in 3 people that evening/night. That’s how disgusted I was. They all have twitter accounts. If it gets to that point, they will share what I told them.

After days of deliberating, you want to do this on the social media TL???? That’s what your advisors told you to do? Bring it on. All the other girls who have suffered in your hands have shared their story with me. Let’s go @kananyi @tizeti 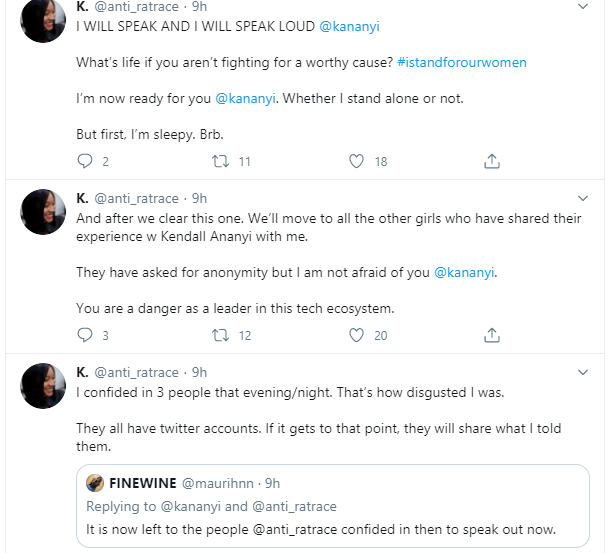