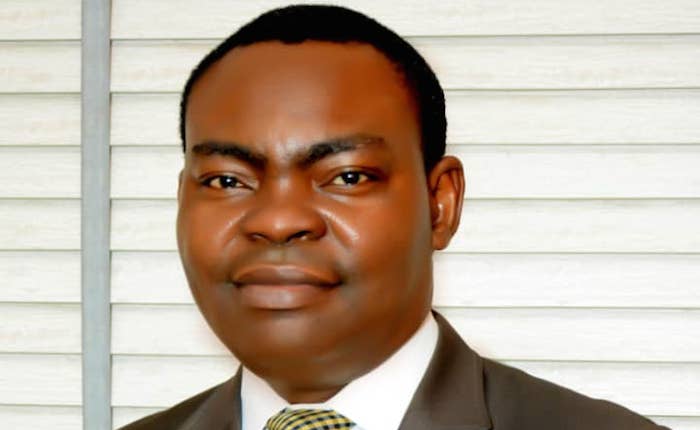 For the first time ever, the Baptist Convention was held in clusters away from the usual Convention ground due to the Covid-19 safety protocols. Rev. Olusola Idowu, pastor, The Ajayi Dahunsi Memorial Baptist Church, Ilasamaja, Lagos State, in this interview with SEYI JOHN SALAU, speaks on the theme of the Convention and other issues in the polity. Excerpts:

The theme of this year’s Convention is ‘Moving Forward: Becoming a More Disciplined Church’. Can you explain this better for our readers?

The Nigerian Baptist Convention is the umbrella body of Baptist Churches in Nigeria. This body basically coordinates the joint mission endeavours of the Christian denomination and other missionary organisations. We meet once every year as Convention to exhort one another to be more fervent and committed to the task of mission and evangelism under a particular theme. As you rightly noted, the theme of this year is ‘Moving Forward: Becoming a More Disciplined Church’ with the text taken from Hebrews 12:5. The theme suggests that we are though disciplined but we could improve in this area of our Christian life as disciples of Jesus Christ. This is simply because as long as we are on this earth, there is always room for improvement. So, with this theme we were encouraged to be more disciplined in our daily living and endeavours. The idea of discipline in this context has to do with aligning ourselves more with the prescriptions of the Bible; growing in our self-control; being able to tame our cravings; being committed to perfecting character; and being committed to perfecting godliness. We believe that as we become more disciplined we shall be better positioned to play our primary God-given role which is to be the ‘Salt of the earth and the Light of the world’. Similarly, we believe that as citizens of this country, we all need to become more disciplined so that our country can become a better place for all of us to stay.

Taking a close look at today’s church, the question would be, are some church leaders really making money their god?

Well, while situations around us may seem to suggest this, I think we should not make such a conclusion. It is true that money has taken the centre stage in the worship and even the sermons of some church leaders, but there are still those who are passionately committed to preaching the undiluted word of God and are also faithfully pointing people to God. I guess it is not out of place to call our attention to the fact that this is not a new development as the apostles of old also witnessed situations like this. A very good example is in the New Testament letter to the Philippians where it was noted that the attention of some so-called preachers was on earthly things and that their belly was their god. Again, our Lord and Saviour Jesus Christ warns His disciples to be very careful of those who claim to be His servants but are actually servants of self, sin, and Satan. So, while we need not deny the fact that some church leaders seem to be making money their god, we also need to affirm that there are those who are genuinely serving God’s purpose in our generation. We need to further note that this is one of the major signs of the end-time. That means, we are likely to witness increase of such development in the world over as many would become pastors not because they are called by God but because they want to make money.

Despite the fact that a pastor is the Vice President of Nigeria, some section of the church still believes there is alleged prejudice against the church; why is that so?

The first thing I like to say on this is that Prof. Yemi Osinbajo was not elected to serve as a pastor; he was elected to serve as the Vice President of the Federal Republic of Nigeria. If all he wanted to do was to serve as a pastor, he should have remained in his parish. While we believe that every child of God, including pastors, are expected to serve Divine purpose wherever they find themselves, we must understand that the Vice President was not elected just for the church but for every Nigerian whether Christian or not because Nigeria, by her constitution is a secular state. So, whether the Vice President is a pastor or not, there should not be any prejudice against the church or any group in Nigeria. We need to try as much as possible to de-emphasise our different affiliations which always create problems for us and even lead to unnecessary tension. To start with, it was even a Muslim presidential candidate that chose him to serve as his running mate for 2015 and 2019 elections. I am sure, he did not choose him to be a ‘Church Vice President’ but for the entire nation. Having said this, I think those who allege prejudice should clearly state what the prejudice is, with or without a pastor as Vice President. We may also need to redefine our expectation from the government so that our pressure on political leaders will not lead them to be biased in the discharge of their duties.

How can the church in Nigeria stop the alleged continuous persecution of Christians in the North?

This is a very difficult question to answer in light of the word of God. I am not sure any of us can stop the persecution of Christians whether in the North or South. Jesus Christ clearly told us that the world will hate us and persecute us because our standard of living, worldview and values are different from those of the world. He further stated that the world will do all these to us because they did same to Him and they would think that by doing so they are serving God. Persecution comes in different forms. People are denied promotion because they refused to compromise their Christian values. Students are failed in schools because they refused to compromise their Christian values. People are sacked because they witnessed the Gospel to others in their workplaces. These and many more are persecutions. I do not think we can stop these and many others as long as we are willing to be true children of our God. However, if we are talking about the killings of Christians and others in the North, I believe we can stop these killings by praying to God and also engaging our political leaders, knowing that these killings are political killings with religious undertone. Politicians should stop pretending as though they are helpless. The primary assignment of the government is to secure the lives and property of the citizens even when you do not agree with their worldview as the case with the Christians in the North. If a government cannot provide this basic need then such government has failed. Furthermore, we may also need to encourage the Christians and others who are being killed in the North to be more vigilant but avoid violence.

Southern Christian leaders have been accused of playing the ostrich over the continuous attacks on Northern Christians; what is your view on this?

I think such accusation is totally unfair because there may be different denominations there; is still one church. This is because the churches we have in the Southern Nigeria are largely the churches we have in the Northern Nigeria except for few denominations that are unique to the two major areas of the country. So, to accuse the Southern Christian leaders of looking away from the continuous attacks on Northern Christians is unjustified because they have led and still leading churches in South to pray and even assist in other ways. The President of the Christian Association of Nigeria (CAN) recently led a delegation of Christian leaders largely drawn from the Southern Nigeria to visit different parts of the Northern Nigeria. In addition, they are also engaging the political leaders on ways to finding lasting solution to these crises. I am of the opinion that Southern Christian leaders are trying their best. We should all, in one voice, address the government at all levels to protect not just the lives and property of Christians in the North but all Nigerian citizens everywhere.

There is the allegation that obscene dressing are promoted in churches today?

Again, this is another clear sign of the end-time. It is so unfortunate to note that this is not limited to church members but some pastors are also involved. Many pastors become involved by their active or passive participation or approval of the practice. According to them, it is the heart that really matters and not the physical appearance. The truth is simply that whatever we see in the physical appearance is usually the reflection of the heart. When one considers the prevalence of obscene dressing in churches and the society at large today, it is as though the devil has taken over the fashion industry. It is so disturbing that though people dress yet they appear almost naked. The most painful aspect is that when you try to correct them they take offence and may even decide to leave the church. I believe churches and the society at large should rise up to this challenge. We must all speak against obscene dressing. There is nothing to gain in obscene dressing but much to lose both socially and religiously. What should be kept should be kept and what should be revealed should only be revealed.