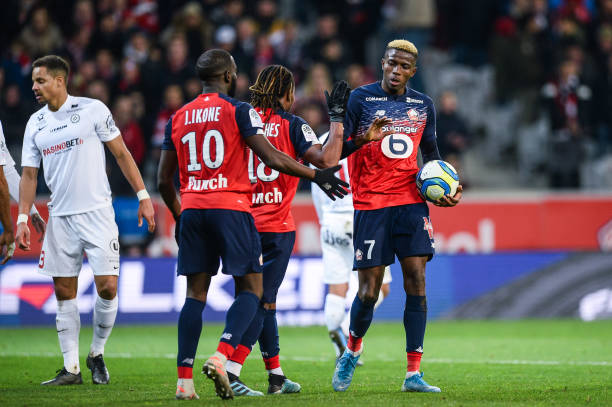 Victor Osimhen’s former agent, Jean-Gérard Benoit Czajka, hit back at claims that he tried to negotiate for a bonus during negotiations with Napoli.

The Spanish agent represented Osimhen for five years before he was replaced by William D’Avila this month.

According to reports, Osimhen decided to fire Czajka because he was negotiating a bonus in the deal that would take the Lille hotshot to Napoli.

However, speaking in an interview with France Football- organizers of the Ballon d’Or, Czajka says there’s fired back at the accusations.

“These are nonsense that we put in the head of the player,” Czajka said.

We have writings from Naples, there is a guaranteed commission that we received by email from Mr Giuntoli (the Sporting Director of Napoli) of 5M € for the work done, which constitutes about 8% of the total gross contract negotiated.

Czajka also revealed he is disappointed to have been replaced after making sacrifices to ensure Osimhen become the player he is today.

“We are far from the negotiated personal bonuses as declared by Victor in the press! Obviously, I am aware that this may seem important to ordinary people, but it is a work of many years, of personal sacrifices which have resulted today in making Victor Osimhen the player he is become, and which has the value it has in the market!

“And when everything is going to be realized, we are removed to put a new agent.”

The Spanish agent also revealed Lille were disappointed after Osimhen came back from Napoli without signing the contract. Osimhen had met with Napoli officials in Naples initially, but he was not still convinced as at then.

“We have been in contact with them since March. With the COVID, we finally managed to see each other at the end of May, early June in Monaco with Giuntoli and then we moved with the player at the beginning of July in Naples.”

“To be clear, if we go to Italy it is because the two clubs have been in agreement for a long time and they told us so.”

“I think that Lille did not appreciate that Victor comes and comes back without having signed his contract. The club had a bit of a knife under its throat with the transition to the DNCG.

Nonetheless, the Nigerian international is set to be a Napoli player with the official announcement expected anytime soon.