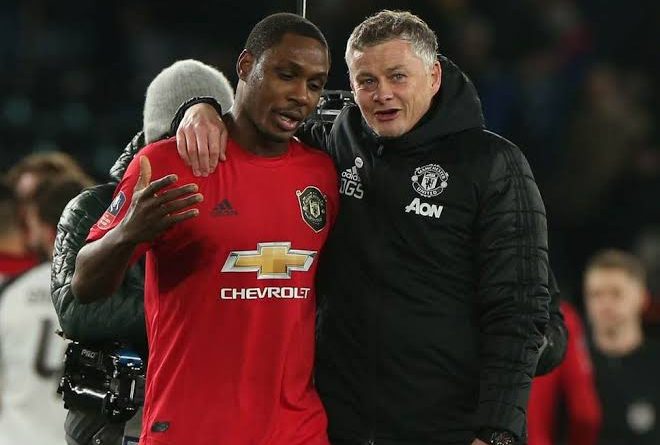 Odion Ighalo could be compelled to return to Shanghai Shenhua with the Chinese side and Manchester United yet to agree on a new deal with just days to the expiration of his loan contract.

The 30-year-old forward joined Ole Gunnar Solskjaer’s team on a temporary deal on January transfer deadline day until the end of May.

The retired Super Eagles star has gone on to smash in four goals in just three starts for the club he has supported since childhood.

He was on course to add more goals and appearances to his United career as the Red Devils make a late surge up the Premier League table for a top-four finish and a deep run in the Europa League.

But the coronavirus pandemic struck to complicate matters, with United last playing a game in March but are now set to lose the former Watford man before the league returns next month.

However, former United star Dimitar Berbatov has urged the club to do everything within its means to retain Ighalo for the last nine league matches as losing him could leave Solskjaer’s men short on attacking options heading into the business end of the campaign.

The former Bulgarian international is convinced that Ighalo’s goals could boost United’s chances in the race for the Champions League spot and losing that, without a capable replacement, could cost the club on that front.

Berbatov told Betfair (via The Metro): “United need to know what is happening with him. If they know they will lose him, they need to find someone else to replace him.

“If they haven’t already found a replacement, they need to find someone quickly, but if he stays his teammates get on well with him and he has Premier League experience, which is a big plus. For nine games, if they could come to an understanding and then he can go back, this would be the best option.

“If Ighalo goes, United should be allowed to get a replacement, they are in a great place going into this final part of the season, and they have a great chance of getting top four, but it will be very difficult as no one wants to join for nine games.

“The best scenario is for them to come to an agreement to keep Ighalo for the few games; otherwise, they will lose out on a player that can score goals in the race for the top four.”