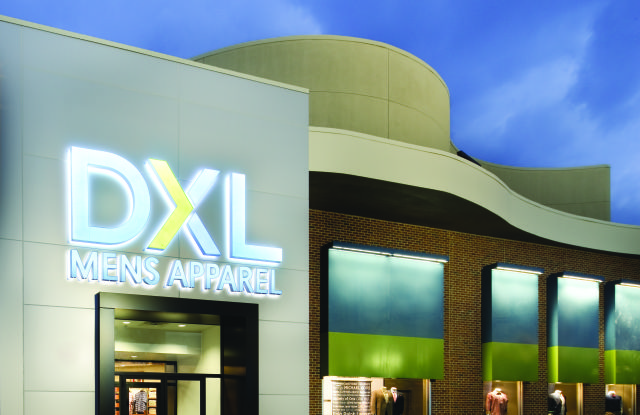 The largest men’s big and tall retailer in the U.S. said sales on its web site increased 69 percent for the period ended Aug. 1, and coupled with some earlier-than-expected store openings, the company said it is cautiously optimistic about the future.

The Canton, Mass.-based retailer reported that its net loss for the period was $10.7 million, compared to break-even income in the prior year’s second quarter. Adjusted EBITDA for the second quarter was a loss of $4.3 million compared to $7.1 million in the prior-year quarter. Total sales decreased 38 percent to $76.4 million from $123.2 million in the second quarter of fiscal 2019. Because stores were closed for much of the quarter and continue to operate with reduced hours, the company declined to provide comparable-store sales figures, saying they were not “a meaningful metric at this time.”

The rise in online sales, which brought e-commerce penetration to 46.1 percent of the total business, is expected to continue to be strong through the remainder of fiscal 2020, the company said.

“Our second-quarter performance was better than we anticipated, driven by our DXL.com web site’s 69 percent growth and opening stores sooner than initially expected,” said Harvey Kanter, president and chief executive officer. “Although this performance permits us to be cautiously optimistic, we remain exposed to the ongoing challenges brought on by the COVID-19 pandemic. Our stores began to reopen in late April and, by the end of June, all of our retail locations were open. During the quarter, we saw gradual improvements in store sales despite curtailed store operating hours. The strong growth in our direct business is a direct outcome of the digital strategies we have implemented and consumers’ shift in shopping preferences further grow in response to COVID-19. Given this increased demand, we have been fortunate that our digital strategies were well-defined and the distribution center has been able to operate without any disruption.”

The company operates 245 DXL stores 72 Casual Male units. In an earnings call Thursday morning, Kanter detailed that overall store sales improved from May to June and July as states began to lift restrictions and warm weather and Father’s Day sales brought customers into the stores. He said reopened stores performed at roughly 63 percent of prior-year levels for the quarter, despite reduced hours, and so far in the third quarter, they’re “tracking to about 65 percent of prior-year sales. And although we feel good about the progress we are seeing, like other retailers, we are experiencing somewhat of a plateau at this time, given the hot spots in larger states.”

Kanter also cited “positive growth” in the company’s wholesale business during the second quarter, with sales rising to $5 million from $2.7 million the prior year. The gain was driven primarily by the sale of $4.1 million in protective masks.

“We continued to be very proactive during the second quarter in managing our liquidity. We have worked very closely with our landlords, who have been great partners in helping us make short-term accommodations to manage our cash flow while our stores were closed,” Kanter continued. “We also restructured our business to reduce operating costs, where possible, to adjust to the sales decline. The majority of our associates were on furlough through the end of the first quarter and we began to gradually bring them back this quarter as our stores reopened.” However, about 430 employees, mainly store associates, were not brought back, as the company sought “to align our field organization with the reduced sales base.”

At the end of the second quarter, the company had a cash balance of $20.4 million, total debt of $81.4 million and remaining availability under its credit facility of $12.4 million.

“Over the past two quarters, we have worked with our vendors on extended payment terms, including entering into short-term promissory terms with vendors, and rent concessions with the majority of our landlords. We have a cash management plan for the next 12 months and we believe that we have sufficient liquidity to navigate our working capital needs given no further significant shutdowns of the economy,” Kanter said.

The company has canceled orders and used the second quarter to sell through existing inventory by using “uber promotions,” Kanter said, to provide “even greater value to our customer base and the cold reality of high unemployment across the country.” He said the hope is that the company is able to return to pre-pandemic promotional levels later in the year.

Kanter said sales have been strongest in casual sportswear and loungewear including core basics such as knitwear, casual shorts and sport shirts. Top brands include Polo, Reebok and Adidas, much of it driven by items with technical attributes. Tailored clothing “continues to remain very challenging,” he said, but the dress-up category now only accounts for 7 percent of the company’s sales.

Turning to fall, Kanter said he expects men will “continue to work from home. And as a result, we will lean into the acceleration we’re experiencing in casual sportswear and loungewear. Our merchandise strategy for 2021 will focus even more on categories that are rooted in comfort, functionality and versatility to accommodate the new work-from-home lifestyle as well as continuing to create more impactful and curate assortments to further engage the guests while limiting inventory liability.”