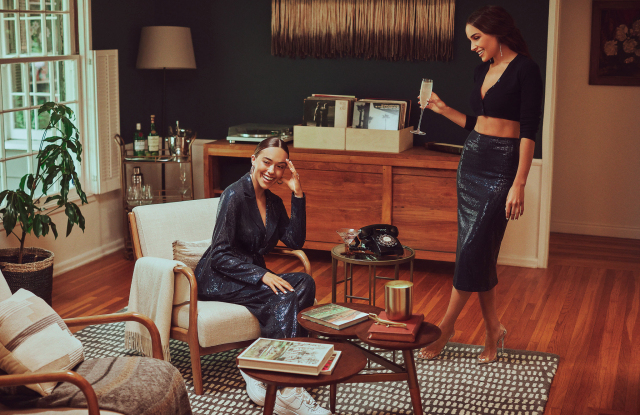 
Less than 24 hours before the launch of their exclusive collection with Macy’s, the Culpo sisters — Olivia, Aurora and Sophia — weren’t just working together but also living together in California, albeit temporarily.

The trio will debut their comfort-oriented, figure-flattering pieces today via Macy’s site and a select number of the retailer’s stores. The Culpos x INC International Concepts label offers styles that are meant to be dressed up or down. With a something-for-everyone approach, the sisters each personify a certain station in life. As a model and influencer, Olivia, the middle child at 28, is the most widely known. Being linked to her NFL-playing boyfriend Christian McCaffrey also keeps her in the headlines.

With a toddler and an infant, the eco-minded and sustainability-minded Aurora, 31, offers different insights and, at 24, with a degree in nutrition from Boston University, Sophia focuses on healthy recipes and wellness tips.

For now, all three sisters are temporarily hunkered down in Olivia’s house in Los Angeles. Sophia flew west after graduating from Boston University, and Aurora, the mother of an eight-week-old, joined them when her Hermosa Beach home’s renovations were delayed.

Like most siblings, they often raided each other’s closets growing up and imagined one day they might work together. Realizing that dream during a pandemic posed its share of challenges. In a joint interview with her siblings, Olivia said Monday, “We didn’t know if fashion would ever be what it once was. We weren’t sure if we were going to be quarantined for a year. I was always thinking about the best fashion concepts given the circumstances. The unpredictable nature of COVID-19 made it difficult to figure out where I wanted the collection to go.”

Today’s drop is geared more toward loungewear — joggers, bike shorts, hoodies and luxe sweaters and other stay-at-home looks. The other two drops are more street-style with some nightlife-worthy looks mixed in.

With a hearty social media following — more than 4.5 million followers on Instagram alone — Olivia has collaborated with Revolve and Express in the past. The Culpos’ limited-run collection is being created through a partnership with Reunited Clothing, which the influencer worked with for those collaborative collections and her charitable More Than A Mask line. The Culpos’ New York-made designs for Macy’s will be shipped to more than 100 countries through a third-party that helps the retailer ship pretty much everywhere, Olivia said.

Macy’s vice president of the fashion office Durand Guion described the Culpos’ “extraordinary style as the perfect fit for the INC International Concepts brand and our fashion-devoted customers.”

After winning Miss Rhode Island, Miss USA and then Miss Universe, Olivia Culpo has succeeded in the crowded field of social media influencers. She has worked with Macy’s in the past, co-hosting its annual Thanksgiving Day Parade in 2017 and appearing in it as Miss USA in 2012. Aurora Culpo recalled watching the televised parade as a child and later seeing her sister appear in it. To be collaborating with her sisters on a Macy’s collection “feels like we have all grown up together in a way,” the mother of two said.

The sisters declined to comment on projected volume for the collaborative line.

From collaborating with other companies, Olivia has learned “to always keep in mind the brand, their identity and their relationship with the consumer.” She continued, “They absolutely have the best idea about what’s going to sell and what the customer is looking for.” Knowing that, the name of the game is to present “tons” of ideas and color options, she said.

The three sisters are using their social media, including a newly created Instagram account, for their new venture to share behind-the-scenes footage and styling tips. A few months back during a photo shoot for the brand, the Culpos did a TikTok video, when Aurora was eight months pregnant. “We had some fun with her belly in the TikTok. We wanted people to see our personalities in this line and also our relationship as sisters. Social media is a great way to let people see that side,” Sophia said.

As for whether influencers are more powerful than designers since they have built-in followings and will drive people to purchase specific items, Olivia said, “I think there are a lot of influencers who consider themselves to be designers. And I really think that designers are influencers. I don’t really think it’s one or the other. There is not a line drawn in the sand as far as that goes. We’re pretty much our own brand and our own advocate. That’s how it’s been headed for a while. I honestly think that they are one in the same.” 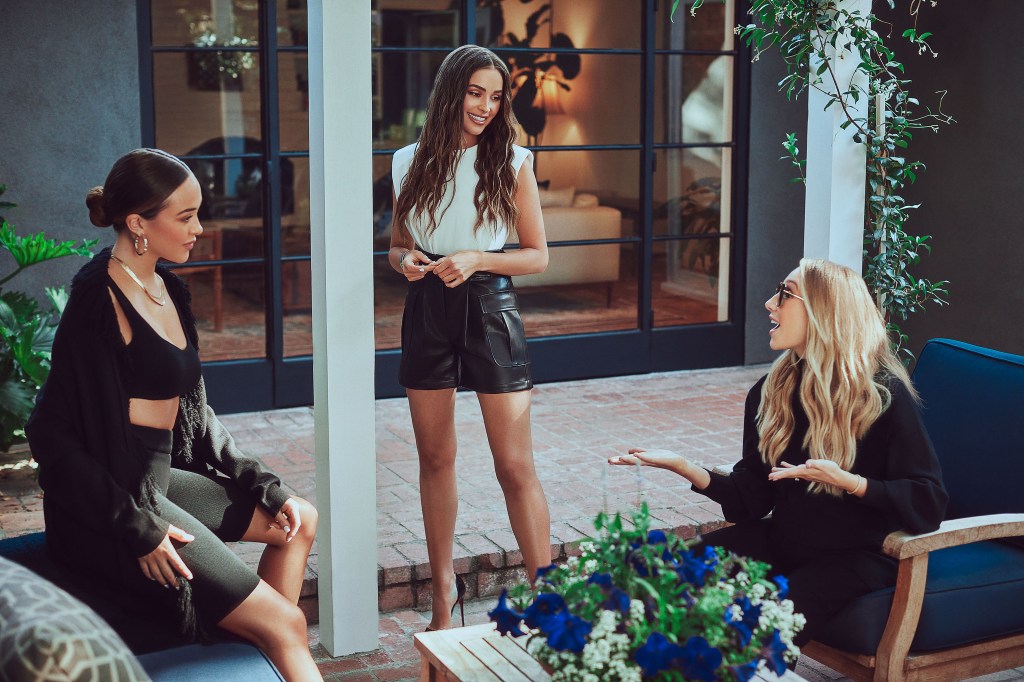 From left, Sophia Culpo with her sisters Olivia and Aurora.
Courtesy Photo

Having been featured in Sports Illustrated’s swimsuit edition, Olivia is known by some for her swimwear Instagram posts. “I would say the number-one reason people follow me is because of fashion, maybe makeup tips. I think maybe because of Sports Illustrated, Maxim and the other things that I have shot before; people may be looking for a workout trick or tip here and there,” she said. “For the most part, my followers are looking for day-to-day outfits. Even if I do post [wearing swimwear] on vacation or somewhere, it’s, ‘Where did you get your swimwear or where did you get your necklace?’ At the end of the day, it’s definitely geared toward girls, who want the big takeaway to implement that into their own fashion and lifestyle.”

Super-plush teddy bear-like loungewear is expected to be a popular look in the Culpos’ collection. Zoom-friendly styles such as a muscle T-shirt with shoulder pads and a jumpsuit that can be worn off-the-shoulder or pulled up high at the neckline are key looks, according to Aurora. The line retails from about $50 to $130.

She continued, “Aurora always wanted to be a boss and tell everybody what to do.”

Aurora chimed in, “Honestly, the only thing that I really knew for sure that I wanted to be when I grew up was a mom. That’s what I am. And I always knew I wanted to do something creative like a Broadway star or something. In retrospect, that’s not something that I want to do anymore.” 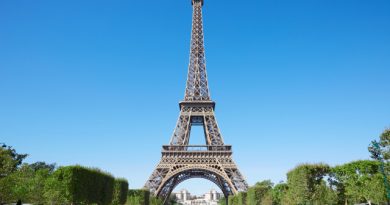