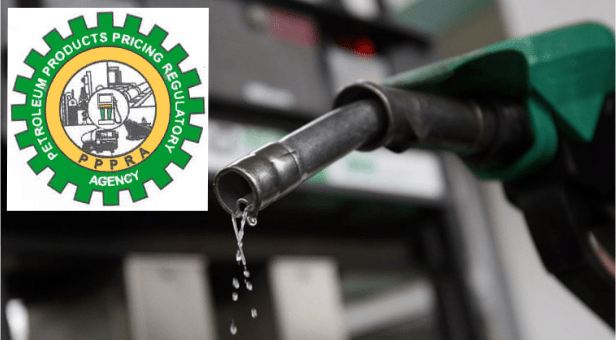 The Federal Government is no more going to be releasing guiding price bands for the sale of petrol at filling stations; hence, oil marketers are now free to fix prices.

On March 19, 2020, the government, through the Petroleum Products Pricing Regulatory Agency, commenced what it called a petrol pricing regime, whereby it releases bands showing upper and lower limits for the pump price of petrol monthly.

It released petrol price bands for about three months although some operators faulted the decision as they claimed it did not speak well of a deregulated downstream oil sector.

The PPPRA, however, did not issue price guidelines for the months of August and September but declared on Tuesday that it would not provide such guiding prices anymore, adding that full deregulation was now in force.

Responding to questions from journalists during a briefing at the headquarters of the agency, the Executive Secretary, Abdulkadir Saidu, stated that going forward, petrol price would be determined by the forces of demand and supply and the international cost of crude oil.

He, however, noted that the role of the agency would be to ensure that oil marketers do not profiteer, as every petrol dealer was, henceforth, free to source for the product and fix their prices.

“This, however, must be in accordance with our code of conduct because as the regulator, it is our duty to protect the consumer and operators must abide by our codes,” Saidu stated.

The PPPRA boss, who was represented by the agency’s General Manager, Administration and Human Resources, Victor Shidok, also confirmed Sunday PUNCH’s exclusive report that oil marketers were not importing petrol because of the scarcity of foreign exchange.

He stated that petrol importation into Nigeria was solely done by the Pipelines Product Marketing Company, a subsidiary of the Nigerian National Petroleum Corporation.

Saidu said the price of petrol was also dependent on where the importer sourced the product from, adding that the cost of the commodity had been rising due to this despite the seeming stability in crude oil prices for about three months.

He noted that based on this and the deregulation of the downstream sector, the PPPRA would no more be involved in price fixing.

“The PPPRA remains a regulator in the downstream sector of the oil industry, but the difference now is that we do not indicate that this is the price that you must sell because if you do that, it is price fixing,” Saidu said.

On whether the PPMC was now the sole determiner of petrol price being the only importer of the commodity, the regulator insisted that other marketers were free to also import petrol.

It argued that the PPMC was also a marketer, adding that despite being a subsidiary of the NNPC, the pipelines product marketing firm would someday stand alone as an independent dealer in the downstream oil business.

Saidu, however, could not provide the details of the elements that made up the cost of a litre of petrol, as was usually published in the pricing templates of the PPPRA some months ago.

After repeatedly asked to give a breakdown of the unit cost of the components that made up the price of a litre of petrol, the PPPRA boss maintained his argument that the downstream sector had been deregulated and as such petrol prices would differ.

An energy expert and Partner at Bloomfield Law Practice, Dr Ayodele Oni, said with full deregulation of the downstream oil sector, the PPPRA would no longer be relevant.

According to him, the PPPRA is an agency of the Federal Government established to, among other things, monitor and regulate the supply and distribution, and determine the prices of petroleum products in the country.

He said, “With the proposal to fully deregulate the downstream sector, it is arguable that the PPPRA will no longer be relevant and should, therefore, be wound up.

“However, to the extent that it still has functions, such as are related to the establishment of parameters and codes of conduct for all operators in the downstream petroleum sector, the agency will still be of limited relevance and then it staff strength may be substantially reduced.”

Oni also suggested that its remaining functions could be outsourced to another agency such as the Department Petroleum Resources.

Last week, the Minister of State for Petroleum Resources, Chief Timipre Sylva, said plans to merge the PPPRA and the Petroleum Equalisation Fund into one agency called “The Authority,” had reached an advanced stage.

It urged that proper policies, processes and procedures be put in place “to ensure that all the reforms (beyond price deregulation) necessary to facilitate the smooth functioning of both the fuel and electricity markets are effectively and conclusively implemented.”

The group said adequate communication to stakeholders and the general public on the benefits derivable from these actions must also be regularly carried out.

Professor of Capital Market, Prof. Uche Uwaleke, said the aspect of fixing prices should be removed from PPPRA’s mandate, but it was actually set up in 2003 to monitor the supply and distribution of petroleum products including the pricing.

He said, “Even when you are allowing market forces to determine prices, there may be instances where the government may need to intervene.

“You don’t leave these things completely to market forces and then allow the players to do whatever they like.

“So there should be some sort of regulation that should be there to whip them in line if they are going off the track, so I don’t think the agency should be scrapped.”

Former President, Association of National Accountants of Nigeria, Dr Sam Nzekwe, said, “The agency may remain as an oversight agency for players in the petroleum sector while the players will do the business.”