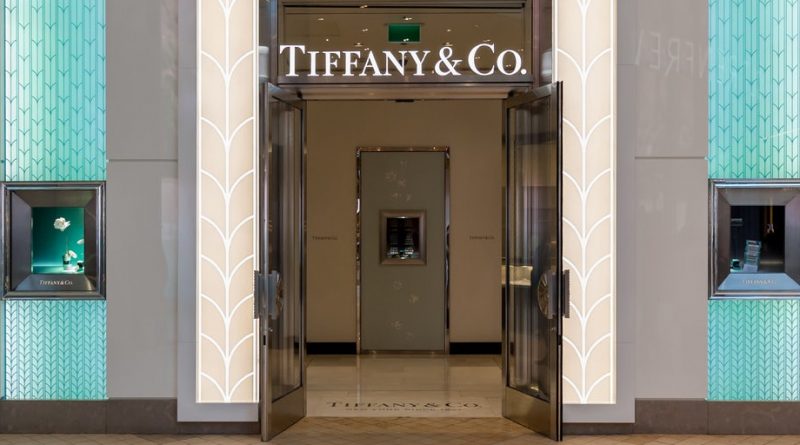 PARIS, France — It was meant to be the biggest deal in the history of the modern luxury industry. It isn’t happening.

After months of speculation, LVMH has called off its planned mega-merger with American jeweller Tiffany & Co. The break up has not been amicable so far. Tiffany is suing the French luxury conglomerate.

The $16 billion deal has looked dicey for months. Rumours that it might not go ahead as planned emerged as early as March, as Covid-19 began to batter the luxury sector, whose sales are set to shrink by as much as 35 percent this year, according to Bain.

LVMH issued statements to diffuse speculation that it planned to buy the jeweller’s shares on the open market, a strategy that could have potentially helped it negotiate a better price for Tiffany in light of the post-pandemic decline in its stock price.

But behind the scenes, the company was allegedly dragging its feet in obtaining necessary regulatory permissions, a bid to renegotiate the terms of the deal, according to a Tiffany statement outlining the lawsuit it filed against LVMH in Delaware on Wednesday.

The lawsuit was first reported by The Financial Times, shortly before LVMH issued a statement saying it would not proceed with the acquisition. The French conglomerate cited “recent developments” including a request from France’s Foreign Affairs Ministry to delay the deal past its closing deadline due to a US government plan to impose tariffs on a variety of French and European goods.

LVMH is attempting to compel Tiffany back to the negotiating table.

The company described the notice as an “order,” which would make it an unusual move on the part of the French government. The French Foreign Affairs Ministry did not immediately respond to request for comment, but Reuters reported that its notice was not binding, citing a French government source.

“The developments today appear in our view to be LVMH playing some of the final cards in its hand,” William Blair analyst Dylan Carden wrote in a note. “Rather than exit the deal entirely, in an attempt to extend the outside date with shaky legal justification for doing so, we believe LVMH is attempting to compel Tiffany back to the negotiating table.”

On a call with reporters, LVMH’s Chief Financial Officer Jean-Jacques Guiony wouldn’t specify under what authority the government order had been issued, but repeatedly stated that the company was legally bound to obey.

“The deal cannot take place — we are prohibited from completing this transaction,” Guiony said. He added that Tiffany’s allegation that the company dragged its feet on regulatory approvals is “totally unfair.” He said LVMH could walk away from the deal without incurring a breakup fee.

Tiffany is claiming it was only made aware of this latest development on Tuesday and that it is not grounds to stop the transaction.

“We believe that LVMH will seek to use any available means in an attempt to avoid closing the transaction on the agreed terms,” Tiffany Chairman Roger Farah said in a statement.

The jeweller is seeking to legally compel the French conglomerate to see the deal through, hoping for an expedited ruling on the matter in advance of November 24, the date by which the transaction was meant to close.

The high-profile unravelling is an ugly twist in a deal that had seemed set to rewire the luxury market. It scuppers LVMH’s long-held ambitions to transform its hard luxury division to rival Cartier’s owner, the Swiss group Richemont, and will slow plans to expand in the US market.

Neither LVMH nor Tiffany is likely to come out of this battle unscathed.

Bernard Arnault, LVMH’s chairman and CEO, had long eyed Tiffany as a uniquely iconic asset — one of just a handful of jewellers with international brand recognition. But the deal had begun to look increasingly expensive this year as the pandemic hammered the luxury market and Tiffany’s share price and sales fell.

“The performance of Tiffany is lacklustre in the first six months of the year, it’s loss-making: full stop,” said Guiony. “We cannot be very pleased by a loss-making company with sales falling 50 percent.”

In its statement Wednesday, Tiffany said its performance remains in line with the merger agreement and outlined optimistic prospects. The company expects earnings in the fourth quarter to beat last year’s performance.

Still, analysts believe the deal is not completely dead. Tiffany’s share price fell around 10 percent on the news, but it’s holding up around its post-deal low, suggesting investors still see a path to some kind of deal.

Among other outcomes, the Delaware court could ask LVMH to proceed with the acquisition, though it will more likely rule the company must pay Tiffany for costs incurred and damages, Bernstein analyst Luca Solca wrote in a note. Similarly, the two companies may return to the table in the new year if trade tensions diminish, pending the outcome of the US election in November, he said.

Arnault is certainly no stranger to hardball tactics. In the late ‘nineties, he sued Gucci relentlessly to try to block its takeover by Francois Pinault, the founder of what is now rival luxury conglomerate Kering. But usually Arnault has fought to acquire assets — never to back out of a deal.

Rising complexity among the assets LVMH already owns might be one reason he’d welcome the chance to get out of the deal, said Pauline Brown, a consultant and business writer who was formerly chairman of LVMH Americas.

With coronavirus accelerating the shift away from physical retail, “his business is much more distressed than people are aware,” Brown said. “This is a comment as much as anything on the convergence of challenges across his portfolio.”

Neither LVMH nor Tiffany is likely to come out of this battle unscathed.

On the other hand, it could mean LVMH is back in the market for a big acquisition, she added. Meanwhile, if LVMH walks away completely, Tiffany may find other willing buyers in the likes of Kering or Richemont, Bernstein’s Solca said.

What LVMH Stands to Gain From Buying Tiffany

How Will the Jewellery Market Weather Covid-19?

Can Tiffany Boost its Gen-Z Cred?

Disclosure: LVMH is part of a group of investors who, together, hold a minority interest in The Business of Fashion. All investors have signed shareholders’ documentation guaranteeing BoF’s complete editorial independence.