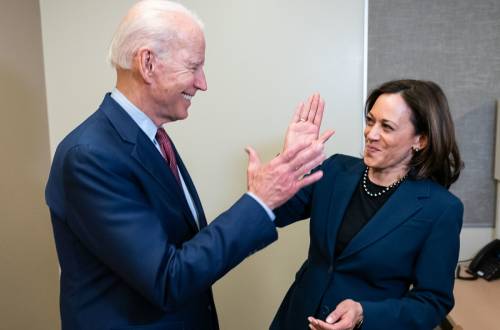 Barack Obama’s plea for his friend and her running mate was contained in a recent tweet. But what’s the point in Barack Obama pleading for his friend, Joe Biden and her running mate, Kamala Harris? Is such a plea even necessary? Will it influence the choice of Americans in the incoming November presidential elections?  Was the plea made because the former president decoded that his former vice president was starting the race to the White House on bad footing? All of these questions can be answered.

It is the bond of friendship between the former president and his vice that informed his recent tweet in which he called on American voters to ensure that the democratic party wins the incoming elections. It is also a sense of patriotism which gave birth to that plea. Obama has come to the realization that Donald trump, the current president, is deficient in certain qualities. Therefore, it behooves patriots like Obama to call American electorates to the high altar of reason. Obama doesn’t want Americans to make the same mistake twice, because if that happens, it would cease to be an error at the pools, but a case of outright blindness. Most democrats are of the opinion that America’s current president has bungled all chances he had to convert his detractors and advance the glowing arguments of those who had rooted ecstatically for him, when he first ruptured onto the political marketplace, with no outright qualities in politics. Donald Trump’s most visible talent was an intimidating credential as a successful real estate developer.

Barack Hussein Obama owes it a duty to his friend to campaign for him since he believes he is the right man to “make America great again.” Former vice president Joe Biden, comes into the presidential race with values that can make a difference in how America handles the world. Having served in the white house for eight good years, he must have learnt a thing or two about foreign policy and how governments work for the people. Additionally for the former VP, he left office without any blemish of note. But he has other demons that he has to contend with.

His son, Hunter Biden, and his business interests at Burisma natural gas company have been subjects of interests to Donald Trump’s lawyers and other members of his inner circle. While not yet proven guilty by any competent court, Hunter’s transactions in Ukraine have raised points of concern which Trump wants the Ukrainian president Volodymr Zelensky to clarify for him. Donald Trump seems prepared to destroy Biden with epistles from Ukraine. However,  Trump has failed to prove that Joe Biden is guilty of wrong doing by simply being the father of a son who has business interests in Ukraine. To make things easy for himself, and afford his critics nothing to rumble over;  Joe Biden  just has to distinguish between Joe Biden the father, Joe Biden the politician and Joe Biden the man linked to another Biden who is allegedly using his father’s huge influence to do businesses across the globe. This sort of clarification will engender confidence from the electorate, despite the fact all three personalities are held together by one being.

Barack Obama must reckon himself as a great influence on voters to have tweeted: “As Michelle said, we’ve got to do everything we can to elect @JoeBiden and @KamalaHarris. So make sure you have a plan to vote. Vote early. And tell everybody you know to register to vote at iwillvote.com.” The tweet is a heartfelt plea for a friend and one who has America and all her friends at heart.  But the complex issues of power and votes cannot be reduced to bird sounds. It transcends that social media noise and goes deep into the what the people want and the issues hurting them at the moment.

Unemployment is a disturbing issue in America at the moment, just as the gruesome murder of  George Floyd and the  Black Lives Matter protests have since opened up the rear flanks of Donald Trump.  Tweets will not decide this historic election in which for the first time, a black woman will be standing for the office of vice president on the  ticket of a major political party. It is the approach of Biden and Harris to black and marginalized lives, covid-19, and unemployment and livelihoods which will determine who gets the most votes. Positions on abortion, homeland security, foreign policy, immigrants and housing policies will also be deciding factors in how the pendulum of votes swings. To simply urge people to vote using a tweet, will not be enough to do the magic. The democratic party has got to convince Americans that she can be great again or that indeed, she was once great. This is the position taken by George Flyod’s  niece at his funeral service, where she wondered if America had ever attained greatness before.

Obama’s tweet is a  bid to untangle Biden from certain webs. He wants to convince the electorate that his is solidly behind his friend and a man whom he believes possesses the necessary credentials to rebuild bridges across racial divides.  His tweet has freed Biden from webs of doubts about whether his former boss believes he can unite America once again. Obama’s tweet seeks to align with Michelle’s speech at the Democratic national convention. This further illustrates that the president is simply trying to join forces with his wife to trounce Trump. Obama finds Trump beatable, but wouldn’t want to take chances. His tweet is an attempt to tie up loose ends.

The plea in Barack Obama’s tweet must be read in the context of one friend rooting for another. It can also be interpreted as an attempt to close all openings which Trump may sneak through to remain in the White House. Obama once told us “yes we can,” his pleading bird sound  is a reminder that Americans can indeed dislodge Donald Trump from the White House if they so desire. His tweet is an endorsement and a reiteration of friendship. It is left to be seen if America’s incoming presidential election  will be greatly influenced  by the personality of Barack Obama and his cordial twitter pleas; and whether Hunter Biden’s business engagements in Ukraine will end up hobbling his father’s presidential ambitions. We will not be waiting for too long to find out.

P:S: Steve Ogah is a creative writer whose writings have appeared across print and online platforms.