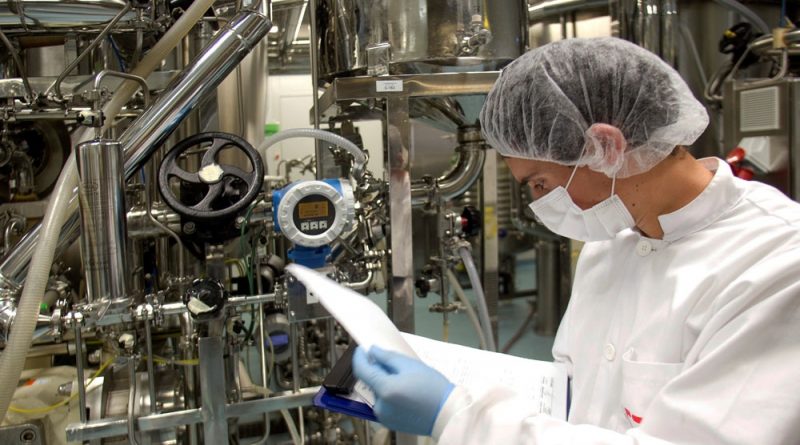 London Fashion Week is due to get underway later on Thursday with a livestreamed show from the luxury British brand Burberry.

The show will be broadcast online at 12:00 GMT with Riccardo Tisci, its Italian designer, promising an uninhabited wilderness show in a collaboration with German artist Anne Imhof that has been described as a “radical meeting of fashion and art”.

Around 80 designers will present their latest collections during the six day event, but only a handful will stage the kind of physical shows that in pre-COVID times drew hordes of industry insiders, celebrities and journalists from around the world.

Malaysia’s Top Glove is due to report record profits later on Thursday, thanks to a surge in sales as a result of the coronavirus.

Analysts are expecting the company – the world’s biggest manufacturer of rubber and nitrile gloves – to announce a profit of at least 1 billion Malaysian ringgit ($241 million) for the three months ended August 31, its fiscal fourth quarter.

Top Glove is benefiting from higher prices and a surge in demand as a result of the coronavirus, but it has also been criticised over its treatment of migrant workers. US customs imposed an import ban on its products in July over forced labour concerns. 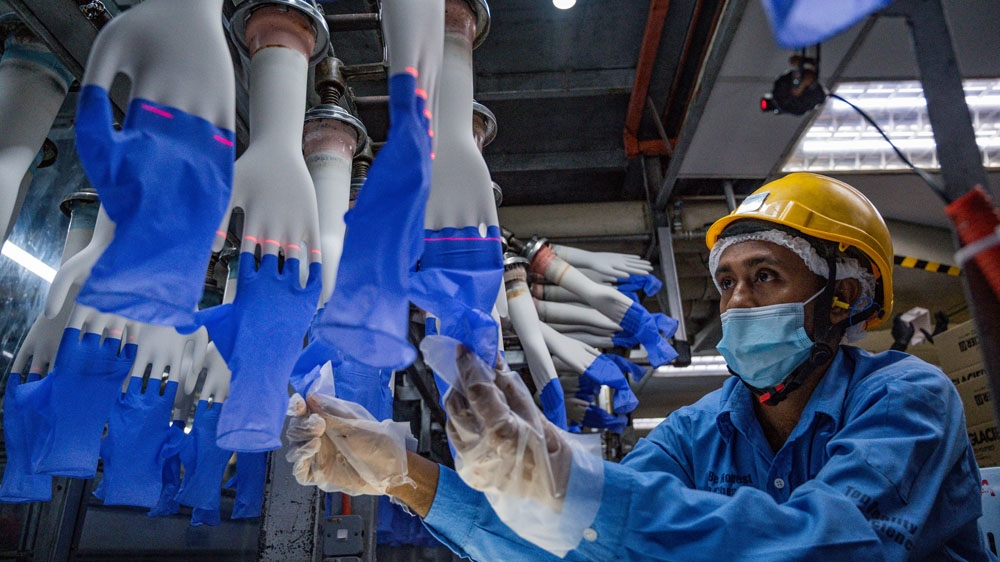 A worker inspects disposable gloves at the Top Glove factory in Shah Alam near the Malaysian capital. The company’s expected to report record profits on Thursday thanks to COVID-19 demand [Mohd Rasfan/AFP]

Crowds of as many as 40,000 people will soon be able to attend major sporting events in Sydney after the New South Wales government announced a relaxation of coronavirus restrictions.

The new rules – allowing stadiums to be filled to 50 percent capacity – come into effect on October 1 as the National Rugby League and Rugby Championship approach the end of their seasons.

Stadium Australia, the arena built for the 2000 Olympics, will be able to welcome 40,000 fans, the new Western Sydney Stadium in Parramatta 15,000 and the Sydney Cricket Ground 23,000.

Fans will have to wear facemasks going into the stadiums, but will be able to take them off inside, where they will be seated in “chequerboard” arrangements to allow physical distancing, the NSW government said.

New research shows holders of temporary visas in Australia suffered increasing racist abuse after they were left out of the government’s economic support schemes and Prime Minister Scott Morrison said it was time to go home.

In a survey of more than 6,000 temporary visa holders, a quarter said they had experienced racist abuse, and a quarter reported people avoiding them because of their appearance.

“Over 1,600 participants described being targeted with xeonphobic slurs, treated as though they were infected with COVID because they looked Asian or haraassed for wearing a face mask,” said Prof Bassina Farbenblum, an associate professor at UNSW Law, who worked on the study with Laurie Berg, an associate professor at UTS Law. The two are co-directors of the Migrant Worker Justice Initiative. “Many reported that because off their Asian appearance they were punched, hit, kicked, shoved, deliberately spat at or coughed on by passers-by in the street and on public transport.”

More than one million people live in Australia on temporary visas including international students, backpackers, and refugees. The survey found 70 percent of respondents lost all or most of their work as a result of the pandemic, with one in three international students expecting their funds to run out by next month.

Brazil’s president Jair Bolsonaro has apppointed a general with no experience in health as the country’s new health minister.

General Eduardo Pazuello was given the job on a temporary basis four months ago, but will now be made permanent. He has been more willing to go along with Bolsonaro’s approach to the pandemic than his predecessors, including recommending doctors prescribe hydroxycholoroquine to treat COVID-19 despite there being no evidence of it being effective.

Bolsonaro, who’s dismissed the virus as a “little flu”, brandished a box of the drug as Pazuello was sworn into office in Brasilia. 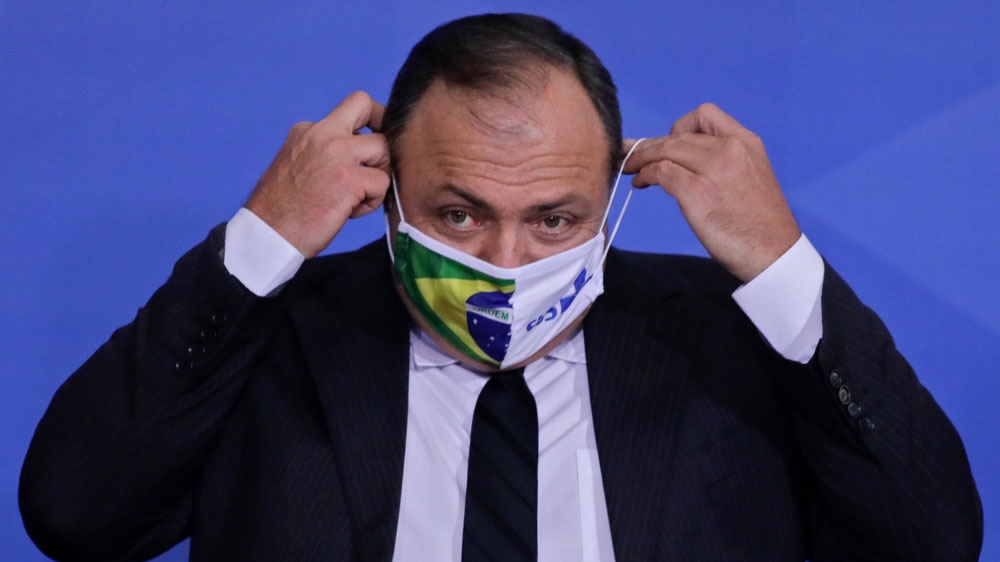 Brazilian Army General Eduardo Pazuello, who has no background in health. has been more willing to go along with President Bolsonaro’s pandemic response than his predecessors [Sergio Lima/AFP]

Australia’s prime minister Scott Morrison says the number of people allowed into Australia will rise by 2,000 from next Friday, according to public broadcaster ABC.

The states, who will have to house the arrivals in hotel quarantine have yet to give their approval.

About 4,000 people are currently allowed into Australia each week, but at least 25,000 are stranded overseas because of the cap on arrivals. Many Australians also say they have been bumped from flights home repeatedly.

The govt should leave no stone unturned; on top of increasing the cap they can charter additional flights, employ RAF resources, use airports other than Sydney, Perth, Adelaide, Brisbane, or use federal quarantine facilities to increase capacity for people to isolate themselves.

New Zealand has just released economic data for the second quarter when the country was in lockdown, and it’s not pretty.

The figures show gross domestic product shrank by 12.2 percent compared with the previous quarter, the biggest drop on record. The country is now in its worst recession since 2010.

US President Donald Trump has directly contradicted Robert Redfield, the director of the US Centers for Disease Control and Prevention (CDC) over the timing of any coronavirus vaccine.

While Redfield told a US Senate committee a vaccine was unlikely to be ready until mid to late 2021, Trump said it would be much sooner and accused the CDC chief of making a “mistake” and being “confused”. He told the news conference a vaccine could be announced as soon as October.

Trump has been pushing for a vaccine ahead of the November election, raising concerns about safety. Vaccine development usually takes years, and there is no guarantee of success. The process has been accelerated for the coronavirus and there are a number of candidates currently in large-scale phase three human trials, which are designed to test efficacy and safety.

Read all the updates from yesterday (September 16) here.