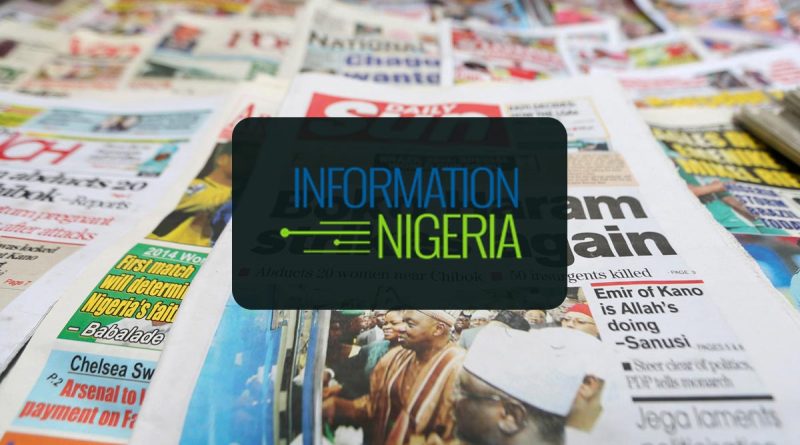 The convener of RevolutionNow, Omoyele Sowore was on Thursday re-arraigned by the federal government of Nigeria on a two-count charge bordering on treasonable felony. At the new hearing, the prosecuting counsel, Aminu Alilu asked the court to substitute the former charges levied against the freedom fighter with the new ones.

President Muhammadu Buhari has blamed the leaders of Borno communities over the incessant Book Haram attacks in the state. Speaking during a visit to the state following the Auno village massacre of travellers, he added that there is no way the insurgents would come into the community without the community leaders knowing.

Amnesty International has reported that soldiers have stormed Afara Ukwu, the village of Nnamdi Kanu (leader of the indigenous people of Biafra, IPOB), and barricade his family house ahead of his father’s burial scheduled for Friday.

A bill seeking to establish community police have scaled the second reading on the floor of the Nigerian senate. Speaking with newsmen shortly after the plenary session on Thursday, Haliru Jika, chairman, senate committee on police, stated that the bill would also address deficiencies in pension, living conditions and weaponry among other issues.

Your Future Is In Danger If You Don’t Cooperate With Government, Buhari Warns Youths

Muhammadu Buhari has stated that it is important to remind the youths that they need to help stabilize the country so they can have a better future. Speaking on Wednesday during a visit to Borno, he added that the youths also need to cooperate with government so as to have a better tomorrow.

Following the report that President Muhammadu Buhari was booed during his recent visit to Borno state, the presidential spokesman, Garba Shehu has stated that some politicians paid miscreants for the act. Speaking in an interview with the Hausa Service of the BBC, in Abuja, on Thursday, he said the people of the town troop out to welcome Buhari before the paid group came out to boo him.

Former vice president Atiku Abubakar has reacted to the Supreme Court judgement which sacked David Lyon of the All Progressive Congress as the governor of Bayelsa state and declared Senator Douye Diri as the duly elected candidate.

The leader of the dreaded Boko Haram group, Abubakar Shekau has issued a strong warning to President Muhammadu Buhari never to come back to Borno. According to the report, he said they would attack again if president Buhari comes back to Borno.

Leader of the proscribed Indigenous People of Biafra (IPOB), Nnamdi  Kanu has apologized to Nigerian children after threatening to go after the children of Ene Okon, the Abia State Commissioner of Police.

There Won’t Be Any Governor In Bayelsa From Tomorrow – APC

The ruling All Progressive Congress(APC) has stated that Douye Diri, the Peoples Democratic Party (PDP) candidate who was declared governor of Bayelsa state by the Supreme Court on Thursday would not be sworn in on Friday.