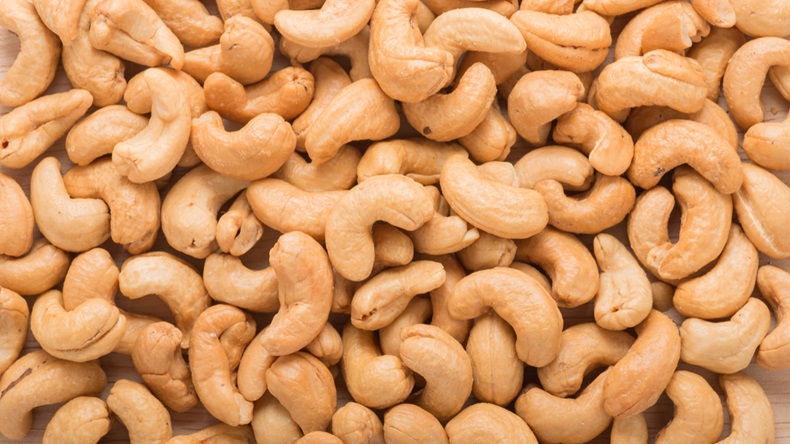 Nigeria Can Generate N71bn From Cashew Export Yearly
Nigeria has the potential of generating well over $198,000,000 (N71bn) annually from cashew nuts export. This revelation was made yesterday at the one-day National Cashew Stakeholders/Export Summit organised by the LEADERSHIP Newspapers in collaboration with the Association of Cashew Farmers, Aggregators and Processors of Nigeria (ACFTAP) in Abuja.
The summit with the theme: Addressing Nigeria’s Insignificant Contributions To Export Earnings With Special Emphasis On Cashew Value Chain Development and Exportation, was attended by top government functionaries including minister of Women Affairs, representatives of the minister of Agriculture and Rural Development; the minister of state for Federal Capital Territory as well as that of Industry, Trade and Investment.
Speaking at the summit, minister of Agriculture and Rural Development, Alhaji Sabo Nanono who was represented by Hajiya Karima Babangida, while commending the organisers for their vision, said cashew is an important cash crop, but Nigeria has not taken advantage of the potential of the crop to shore up its foreign exchange earnings.
He said the federal government is very much interested in the development of cashew as an important cash crop hence the ministry of Agriculture and Rural Development has put a number of measures in place to accelerate its development.
He however said the government is aware of the challenges facing the cultivation and processing of cashew in the country and promised that drastic action would be taken to address those challenges.
On her part, the minister of State for the Federal Capital Territory, Hajiya Ramatu Aliyu said cashew has great export potential with over 41 products that are largely untapped in Nigeria. The minister who was represented by the special adviser, Sustainable Development Goal (SDGD), Hiba Ahmed, said that Nigeria has a huge agricultural potential with over 48 million hectares of arable land of which only 40 per cent is cultivated but with over 200million mouth to feed.
She said the incidence of food security, wealth generation, job creation and above all poverty reduction is key to the agricultural sector of which the cashew value chain plays a critical role.
The president, Association of Cashew Farmers, Aggregators and Processors of Nigeria (ACFAP), Engr Unekwuojo Edime, in his address, disclosed that Nigeria currently gets very little from the enormous potential in cashew as an economic growth driver and as a veritable tool for job creation and livelihood improvement. Edime said the sad situation is directly associated to the weak link between actors in the value chain, old age of most trees, deforestation.
He also identified low yielding varieties, dominance of smallholdings, dependence of most farmers on wild varieties, among others as some of the major impediments preventing Nigeria for fully benefiting from the rich potential of the cashew export earnings.
According to him, ‘’It is reported that the estimated area under cashew plantations in Nigeria varies between 200,000 and 300,000 hectares while global production of raw cashew nuts (RCN) is about 4 million Mt/annum.

‘’African countries contribute about 56.5 per cent of this global production of cashew with Ivory Coast, a country with a population of about 25.2 million people and a landmass of 322,463 km leading the way in Africa with yearly export of about 725,000Mt annum and Nigeria with a population of over 200 million people and landmass of 923,763 km2 having export output of about 260,000Mt. This means that Nigeria is lagging far behind the top three producers.’’
He lamented that in 2018, about 37,000Mt of cashew exported to Vietnam from Nigeria were rejected and over 67,000mt of cashew meant for Vietnam was also left in warehouses in Nigeria because of price volatility and lack of conducive business environment in Vietnam.
He said it took the intervention of the Federal Ministry of Industry, Trade and Investment to ameliorate a problem.
Edime said it was the Vietnamese who gave contracts for the supply of the commodity at those prices and letter complained that prices from Nigeria is higher than the price of the finished product in the international markets which led to a lot of losses for exporters from Nigeria.
On export earnings, Edime said Nigeria was reported to have exported about 220,000Mt of raw cashew nuts and 22,000Mt locally processed before export in 2019, making up a total export of about 242.000Mt.
At the reported average FOB price of $900/Mt for raw cashew nut and $7.200/Mt for processed cashew kernel in year 2019, he said the association projected that Nigeria would have earned about $198.000.000 from sales of raw nut and about $34,848,0000 from sales of kernel.
He said this would have translated to a total of $232.848.000 for Nigeria export earnings for the year in review (I speak at the risk of the paucity of data available).
He said the programmes of the association are focused on investment in processes that will help cashew farmers to increase yields, boost revenue, attract proper investments and encourage domestic processing for sustainable development and ensure that cashew becomes an Economic Growth Engine in Nigeria.
According to him, “Cashew can be a major contributor to the attainment of the Sustainable Development Goals (SDGs) particularly goals 1,2,5.8,12 and 17.’’
He said through the Central Bank -Anchor Borrowers Programme (CBN-ABP), the Central Bank of Nigeria (CBN) is working with the association for the benefit of all stakeholders. So far, he said the first batch of 15,300 cashew farmers from the association covering 20 states have been verified and awaiting funding for the maintenance (re-cultivation) of existing cashew plantation which includes a well-structured training in best agnomical practices.
Chairman, LEADERSHIP Group, Mr Sam Nda-Isaiah, who was represented by the managing director, LEADERSHIP Newspaper, Muazu Elazeh said the company was motivated support the summit by the need to change the narrative over dependence on oil and gas.
He said Nigeria is fully prepared to take advantage of the investment opportunities in raw cashew nut to wriggle the country out of the dwindling fortunes in the oil sector.
“But to successfully achieve this, Nigeria must begin to do the things by which successful people are known for, that is identifying our area of priority and sticking to it,” he said.
He promised that LEADERSHIP is ever ready to promote anything that is of national interest. “Definitely, our decision to convene a stakeholders’ summit on cashew is driven by the need to explore ways of harnessing the munificent potentials of cashew that abound in Nigeria. For national development.”
He said having identified the great opportunities that are inherent in cashew, “How can we, as a nation that is desirous of diversifying her economy and move from depending solely on oil, harness these enormous potentials of cashew? Are there investment opportunities in raw cashew nut? Is Nigeria prepared to tap into these opportunities? If the answer is yes, this summit presents an opportunity for you stakeholders to brainstorm on Nigeria can take take advantage of these opportunities.” Leadership

Is The Paper Money Going To Die? 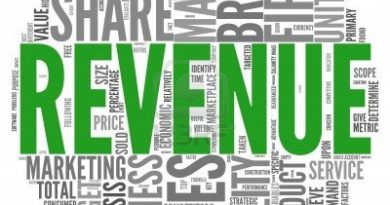