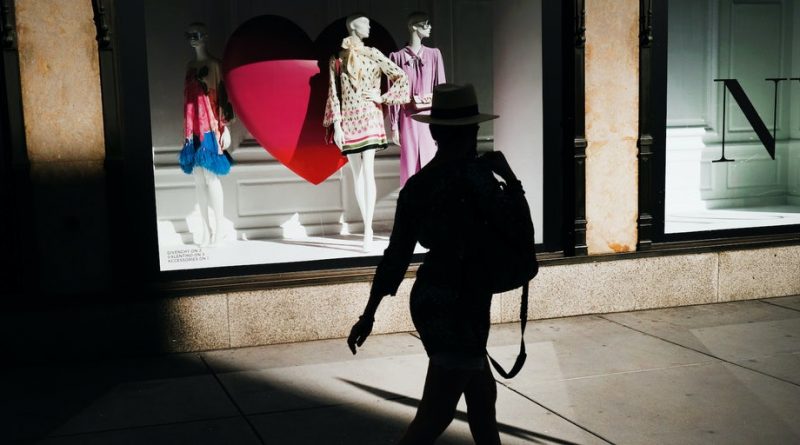 
NEW YORK, United States — The pandemic has battered New York City businesses, with almost 6,000 closures, a jump of about 40 percent in bankruptcy filings across the region and shuttered storefronts in the business districts of all five boroughs.

It’s going to get worse.

This fall, the nation’s largest city will see even more padlocked doors as companies burn through federal and private loans they tapped in March, landlords boot businesses that can’t make rent, and plummeting temperatures chill outdoor dining and shopping.

“By late fall, there will be an avalanche of bankruptcies,” said Al Togut, a lawyer who has handled insolvencies for small businesses and huge corporations like Enron. “When the cold weather comes, that’s when we’ll start to see a surge in bankruptcies in New York City.”

New York City and its businesses have reached a pivotal point. After over six months with the specter of Covid-19 hovering in every subway car and corner bodega, the virus is showing signs of resurgence.

The coming wave of business closings will touch every New Yorker as jobs get scarcer, neighbourhoods lose beloved shops and families run out of cash.

Already, dwindling tax revenue has led to cutbacks in municipal services. Trash on sidewalks, unkempt parks and an increase in shootings have made it more difficult to persuade workers to return to offices, more than 150 executives told the mayor in a letter this month. A dearth of office workers is a death knell for many merchants.

“It’s a crisis, and we need to act — our economy can’t recover without saving small businesses,” said city Comptroller Scott Stringer, a candidate in next year’s mayoral election. “When they close, we don’t just lose our beloved Main Street businesses. We lose jobs, tax revenue and the economic backbone of our city.”

The pandemic could permanently close as many as a third of New York’s 230,000 businesses, according to the Partnership for New York City, a business group.

Bankruptcy filings in the region have skyrocketed since the middle of March, when the state of New York reported its first deaths from Covid-19 and Governor Andrew Cuomo closed all nonessential businesses. There were 610 filings in the Southern and Eastern Districts of New York from March 16 to September 27, according to court records. That’s a 40 percent jump from the same period in 2019 and the most by far for any year since the financial crisis. The districts include some nearby counties.

Almost 6,000 New York City businesses closed from March 1 to September 11, according to Yelp, the website of user reviews. Over 4,000 of those closed permanently.

The carnage has been demoralising after decades in which the city fought back from the brink of bankruptcy, the scourges of crack cocaine and violent crime, terrorist attacks and recession. The pandemic hit as the city had achieved record high employment and low crime.

Prosperity expressed itself in bustling department stores from Bergdorf’s to Macy’s. Neighbourhoods flourished with artisanal food and clothing boutiques, mom and pop stores, and coffee shops that gave New Yorkers a place to feel at home outside their tiny apartments.

What’s the point of bankruptcy? Nobody’s going to chase you right now.

The nation’s business capital has always rebounded from past crises, but the advent of work-from-home in an economy increasingly dependent on white-collar jobs may be an insurmountable challenge.

Distress is on display on Madison Avenue, once a global destination bustling with glamorous shoppers. From 60th Street to 70th Street today, about 60 of the 130 storefronts are closed and locked.

Padlocked doors and windows covered with butcher paper or plywood line a quiet boulevard. Even inside the luxury retailers that remain open, like Dolce & Gabbana and Prada, a handful of well-coiffed sales people and broad-shouldered security guards stand expectantly on sales floors empty of customers.

The owner of Jimmy’s Steak and Grill, a food cart on the corner of Madison and 60th, said that with nearby office buildings empty, sales of hot dogs and lamb-on-rice platters are down 60 percent.

“Right now, I’m supposed to have a line,” Jimmy Gonzalez said through a black mask, motioning mournfully to the empty sidewalk. Over half the food-cart owners he knows gave up. “They sell the cart, they sell the permit, they sell everything.”

Small businesses like Gonzalez’s show what’s at stake when big employers keep workers away from office towers. Manhattan businesses that use the digital payment system Square are earning only 62 percent of the revenue they earned pre-pandemic, according to the company.

“This is likely a result of a significant drop in the number of commuters coming into the borough,” according to Square economist Felipe Chacon.

By late September, just 15 percent of the city’s 1.2 million office workers had returned, according to the Partnership for New York City.

“Retail and real estate will continue to decline in New York until you can reignite the office traffic,” said Joseph Malfitano, who advised Brooks Brothers and the parent company of Ann Taylor in their bankruptcies this year.

Many New York City business owners who give up don’t even bother filing for bankruptcy, which can cost as much as $25,000, according to Leslie Berkoff, a longtime bankruptcy attorney. Owners just lock the doors and walk away.

“What’s the point of bankruptcy? Nobody’s going to chase you right now,” said Berkoff. “A lot of your vendors probably aren’t going to survive either.”

That’s what cheesemonger Patrick Watson, the owner of Stinky Bklyn in the Cobble Hill neighborhood, did when his landlord refused to renegotiate his rent. Watson quickly sold off his inventory of imported Brie and Humboldt Fog and donated the remaining staples —cans of tuna, crackers and condiments—to a homeless shelter.

“We tried. We really, really tried,” Watson wrote on Facebook in April. “For the safety of our crew and with no immediate end in sight, Sunday will be our last day.”

About 10 neighboring businesses also closed, including a diner, a bar and a hair salon, said Randy Peers, president of the Brooklyn Chamber of Commerce.

In an effort to help restaurants, the city closed dozens of streets on weekends so they can take that space, and it’s going to continue the program into the winter, allowing propane heat lamps and tent-like enclosures.

“Once you hit below 60 degrees, it starts to get dicey,” said Vin McCann, a restaurant consultant. “I would bet you that between 25 and 50 percent of restaurants in New York City will not come back.”

Rent relief could be possible if the state allowed localities to forgive landlords’ property-tax payments in return for discounting rent owed to them, said City Councilman Mark Gjonaj, who heads the council’s small-business committee.

“This would help save struggling mom-and-pop shops while preventing landlords’ properties from going into distress,” he said.

The city’s Department of Small Business Services received about 35,000 calls for help since June and gave out about 4,000 grants and loans from an $80 million program approved early in the pandemic.

By Josh Saul and Henry Goldman.