What will you do if you are in my situation? I have been married for three years but I think I want a divorce. My husband and his mother deceived me into this marriage. I met my husband Mathew (not real name) through a church member. This member is someone I used to go for advice. She is like a woman leader in our church.

One of the things we used to do is confide in her when am having relationship issues. That year, I had been in two relationships and I got my heart broken by these two men who were in church too. I was 36 years then. I felt so bad that I was over 30 and no serious man wanted to marry me, they just wanted s3x….even the married men some in church came for me.

So this woman leader one day called me and told me she has a friend, whose son is looking for a wife. That she wants to tell her about me. I was like, how cant the son find a wife for himself. She then told me that the son is a sickler and that most girls are running away from him cos of that.

My woman leader told me that the family is rich and they will take care of me, I should just give them two children. I asked, what if the children are sicklers, they told me that once I get pregnant, they will do a test before the pregnancy is 3 months and determine if the child will be sickler. If sickler, the pregnancy will be terminated before it gets to 4 months.

I told her I would pray about it. I also wanted to meet the son. I met Mathew and he did not look like a sickler except you look carefully. He seemed very fine except for some of his features. We got talking, he told me about his life…growing up and how he has managed his life up to this point.

Mathew spends most of his time abroad to access medical care and so, managing his health has been a easier. But his mother, a big business guru wants him to get married and have grandchildren for him. They were three, he lost his brother to sickle cell while the only sister is abroad studying and refusing to get married. Their father abandoned them when they were very small cos of the constant falling sick.

Well, after like three months of knowing Mathew and his mother, I fell in love with Mathew and they really did everything to calm any fear I had about marrying a sickler. Our wedding was called a testimony cos I got married at age 36. My family was happy for me even though I told no one of Mathew’s condition.

After marriage, the pressure to get pregnant started immediately. All me and my husband were doing for one month after marriage was having s3x. Well, it didn’t happen in one month, two months or six months, or even one year. It’s been three years and I have not been pregnant. I have done all kinds of tests and I have been assured that I am medically ok. Yet, Mathew’s mother is becoming a big torn in my flesh.

My mother-in-law is making it look like we entered a business deal and if I don’t fulfill my end of the deal by giving them children, the deal is over. I know what I signed up for but I never knew getting pregnant would be difficult for me. I love my husband a lot. He is a kind and understanding man but he is also under his mother’s control and anything she says is final.

My husband wants to make his mother happy at all costs. My husband then suggested that we start trying IVF, we did. The pregnancies did not stay more than a month. I lost three pregnancies trying to conceive via IVF. Next thing, Mathew’s mother starts to say things like oh they made a mistake by marrying me cos I am too old to bear children. Didn’t she know my age before her son married me?

I feel very bad and frustrated. I really want a child for my husband but I cannot manufacture one…can I? A few months ago, my mother-in-law convinced her son to contract an illegal baby-making factory. For Mathew to enter into a contract with one of their women, get her pregnant and she will carry the pregnancy and give us the baby at birth. I refused and told him lets do it the proper way. lets get a registered surrogate.

Unfortunately, surrogacy still requires some form of IVF involved. There was an issue with my eggs. And that was a problem for me. Then in my desperation, I agreed to let Mathew do the surrogacy with the person’s eggs. So my eggs will not be involved. I cried myself to almost dying but Mathew kept reassuring me that it’s our baby…whether or not my own eggs were involved or not.

I put my faith in God and tried not to get jealous. Mathew would go spend time with the surrogate and it was like four months after that that the lady took in. We kept her close to watch her and she gave birth to a daughter for us last November. The baby brought so much joy to us and we are grateful to God. We finally have our child and I have been so happy while praying to God to give me my own biological child.

Two months ago, our perfect world began to shatter. I found out that Mathew was seeing this surrogate woman secretly.I found out that he got her an apartment. Bought her a car and is sleeping with her. Mathew promised me…he assured me this woman coming into our lives would not break up but everything I found out about him seeing the woman is true.

I confronted him and he said he wants a second child from the woman so both our children would be from the same genes. I told him the agreement was only one child with surrogacy….our next child would be from me…Mathew said his mother insisted. Now, I am sharing my husband with our surrogate. He maintains her and sleeps with her….but I am fed up.

Mathew my husband loves me but his mother tells him what to do and if the mother tells him to divorce me and marry the surrogate…I am pretty sure he will…after all…I didn’t bear him a child yet. The thought of this happening is weighing me down and I think its best for me to start thinking of leaving this marriage.

I told my woman leader that introduced us and she says I should not leave the marriage, that I should stay and pray. Wait and pray…I am tired of waiting for the inevitable…my husband loves me but he sleeps more with the other woman. Maybe it’s not God’s will for me to have my child so why remain in a marriage that was built around with terms and conditions of children.

My life is miserable and lonely. I am now almost 40 years…married but childless and unhappy. I went to a function last week. I met some man who was flirting with me. We exchanged nos and he has tried to reach out to me but I keep ignoring him. But I have said to myself…is this God’s sign of telling me that I can find love outside? So, I don’t keep my eggs in one basket and kicked out later on… Maybe leave this marriage arrangement and go find someone who will truly love me for me?

Please advise me…I feel betrayed by my husband and his mother…after all, I married the son when no one else wanted to marry him…I am at my wit’s end…

My husband’s 24 years my senior 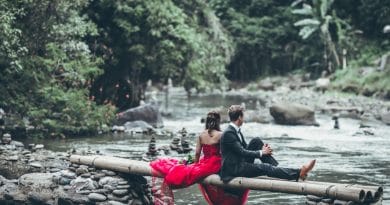 Incredible 5 Great Personality Traits To Make A Man Crazy About You?