How many times have you turned to music to uplift you even further in happy times, or sought the comfort of music when melancholy strikes?

Music affects us all. But only in recent times have scientists sought to explain and quantify the way music impacts us at an emotional level. Researching the links between melody and the mind indicates that listening to and playing music actually can alter how our brains, and therefore our bodies, function.

It seems that the healing power of music, over body and spirit, is only just starting to be understood, even though music therapy is not new. For many years therapists have been advocating the use of music – both listening and study – for the reduction of anxiety and stress, the relief of pain. And music has also been recommended as an aid for positive change in mood and emotional states.

Michael DeBakey, who in 1966 became the first surgeon to successfully implant an artificial heart, is on record saying: “Creating and performing music promotes self-expression and provides self-gratification while giving pleasure to others. In medicine, increasing published reports demonstrate that music has a healing effect on patients.”

Doctors now believe using music therapy in hospitals and nursing homes not only makes people feel better, but also makes them heal faster. And across the nation, medical experts are beginning to apply the new revelations about music’s impact on the brain to treating patients.

In one study, researcher Michael Thaut and his team detailed how victims of stroke, cerebral palsy and Parkinson’s disease who worked to music took bigger, more balanced strides than those whose therapy had no accompaniment.

Other researchers have found the sound of drums may influence how bodies work. Quoted in a 2001 article in USA Today, Suzanne Hasner, chairwoman of the music therapy department at Berklee College of Music in Boston, says even those with dementia or head injuries retain musical ability.

The article reported results of an experiment in which researchers from the Mind-Body Wellness Center in Meadville, Pa., tracked 111 cancer patients who played drums for 30 minutes a day. They found strengthened immune systems and increased levels of cancer-fighting cells in many of the patients.

“Deep in our long-term memory is this rehearsed music,” Hasner says. “It is processed in the emotional part of the brain, the amygdala. Here’s where you remember the music played at your wedding, the music of your first love, that first dance. Such things can still be remembered even in people with progressive diseases. It can be a window, a way to reach them…”

The American Music Therapy Organization claims music therapy may allow for “emotional intimacy with families and caregivers, relaxation for the entire family, and meaningful time spent together in a positive, creative way”.

Scientists have been making progress in its exploration into why music should have this effect. In 2001 Dr. Anne Blood and Robert Zatorre of McGill University in Montreal, used positron emission tomography, or PET scans, to find out if particular brain structures were stimulated by music.

In their study, Blood and Zatorre asked 10 musicians, five men and five women, to choose stirring music. The subjects were then given PET scans as they listened to four types of audio stimuli – the selected music, other music, general noise or silence. Each sequence was repeated three times in random order.

Blood said when the subjects heard the music that gave them “chills,” the PET scans detected activity in the portions of the brain that are also stimulated by food and sex.

Just why humans developed such a biologically based appreciation of music is still not clear. The appreciation of food and the drive for sex evolved to help the survival of the species, but “music did not develop strictly for survival purposes,” Blood told Associated Press at the time.

She also believes that because music activates the parts of the brain that make us happy, this suggests it can benefit our physical and mental well being.

This is good news for patients undergoing surgical operations who experience anxiety in anticipation of those procedures.

Polish researcher, Zbigniew Kucharski, at the Medical Academy of Warsaw, studied the effect of acoustic therapy for fear management in dental patients. During the period from October 2001 to May 2002, 38 dental patients aged between 16 and 60 years were observed. The patients received variations of acoustic therapy, a practice where music is received via headphones and also vibrators.

Dr Kucharski discovered the negative feelings decreased five-fold for patients who received 30 minutes of acoustic therapy both before and after their dental procedure. For the group that heard and felt music only prior to the operation, the fearful feelings reduced by a factor of 1.6 only.

For the last group (the control), which received acoustic therapy only during the operation, there was no change in the degree of fear felt.

A 1992 study identified music listening and relaxation instruction as an effective way to reduce pain and anxiety in women undergoing painful gynecological procedures. And other studies have proved music can reduce other ‘negative’ human emotions like fear, distress and depression.

Sheri Robb and a team of researchers published a report in the Journal of Music Therapy in 1992, outlining their findings that music assisted relaxation procedures (music listening, deep breathing and other exercises) effectively reduced anxiety in pediatric surgical patients on a burn unit.

“Music,” says Esther Mok in the AORN Journal in February 2003, “is an easily administered, non-threatening, non-invasive, and inexpensive tool to calm preoperative anxiety.”

So far, according to the same report, researchers cannot be certain why music has a calming affect on many medical patients. One school of thought believes music may reduce stress because it can help patients to relax and also lower blood pressure. Another researcher claims music allows the body’s vibrations to synchronize with the rhythms of those around it. For instance, if an anxious patient with a racing heartbeat listens to slow music, his heart rate will slow down and synchronize with the music’s rhythm.

Such results are still something of a mystery. The incredible ability that music has to affect and manipulate emotions and the brain is undeniable, and yet still largely inexplicable.

Aside from brain activity, the affect of music on hormone levels in the human body can also be quantified, and there is definite evidence that music can lower levels of cortisol in the body (associated with arousal and stress), and raise levels of melatonin (which can induce sleep). It can also precipitate the release of endorphins, the body’s natural painkiller.

But how does music succeed in prompting emotions within us? And why are these emotions often so powerful? The simple answer is that no one knows… yet. So far we can quantify some of the emotional responses caused by music, but we cannot yet explain them. But that’s OK. I don’t have to understand electricity to benefit from light when I switch on a lamp when I come into a room, and I don’t have to understand why music can make me feel better emotionally. It just does – our Creator made us that way. 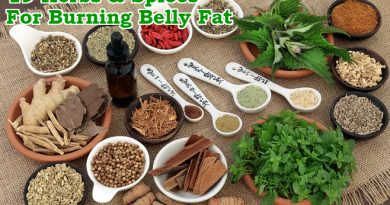 The Health Benefits of the Virgin Bloody Mary Drink 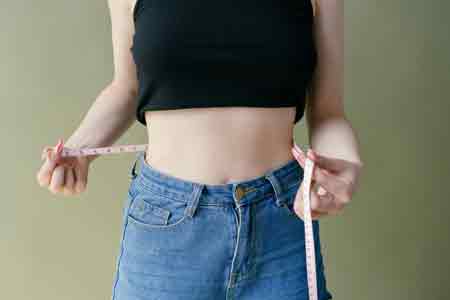