Michael Kors brought razzle-dazzle, glamour and heart to fashion’s digital format with a 40th-anniversary collection that was a love letter to Broadway and those big city lights, as Rufus Wainwright crooned.

The seasoned cast kibbutzed about Kors, their own hits, from “Hello Dolly” to “Hamilton,” and how Broadway has been suffering since the COVID-19 shutdown that impacted some 100,000 workers and staunched the $15 billion the industry contributes to the New York economy.

It was all part of a pitch to contribute to The Actors Fund, which helps support all entertainment workers. “Doing good has never looked so good,” said Kors, who made a donation to the nonprofit as part of the project.

Then it was time for the main event, as a string of top models (Bella, Naomi, Shalom!) stepped out onto the West 44th Street asphalt runway — American sportswear icons in take-charge outerwear, purring with polished ease.

Walking beneath the theater marquees, and looking refreshingly animated, the models brought life to the city’s too-long empty streets — and to the digital medium. The collection really did make one long for the performance of dressing up for an opening night, or any night really, in a liquid look black sequined turtleneck and flannel trousers, a Swarovski crystal pin-striped tuxedo jumpsuit or a white puffball of a pet coat.

In the context of fashion’s slow swing away from eclecticism (even on the Gucci runway), to more simple, sleek monochromatic dressing (as seen during President Joe Biden’s inauguration), Kors’ clothes have never looked better.

He made a compelling case for ditching sweats for sexy tailoring with a long-line glen plaid blazer, worn with a strapless bustier jacket and lean trousers, or a shrunken double-breasted dogtooth jacket and slashed mini showing Kors’ famous flash of leg. “People say I’m the man who made women stop wearing tights in the winter,” he shared. “At the time, someone said you will never have a hosiery license. And 30 years later, I still don’t and probably never will.”

Head-to-toe color on crimson crepe trousers, silk blouse and faux shearling coat with the ease of a bathrobe was one of many traffic stoppers. Kors’ flair for athleticism by way of body-con was at its full glory on two superhero chic duos: a black scooped-at-the-sides bodysuit and trouser skirt, and a second-skin ivory cashmere turtleneck bodysuit and spliced skirt.

Speaking of cashmere, his hand was less slouch than siren on a standout camel double-faced cashmere dress sliced at the sides, and a sex kitten’s camel-colored asymmetric cutout sweater and pencil skirt set.

“When Dolly Parton had the vaccine, we all wondered what she was going to wear; of course she wore one of those old-school cold-shouldered tops. If I’d have known, I would have bedazzled one of these sweaters and sent it her way,” said the diva-loving designer.

A gun check plaid power puff parka, tweed sweater and skirt, and for men, a gray flannel parka and tweed trouser look, were options for those who fled to the country. But mostly, this was Kors in his element, back in the concrete jungle, with zebra stripes and glossy sequins stalking the streets.

In a heritage play, he recreated 16 pieces from past collections, which was a feat since he had practically zero archives to speak of. Each anniversary piece will come with a QR code that can be scanned to tell the story of Hadid’s red patent balmacaan coat, for example, which was originally worn by Cindy Crawford on the spring 1991 runway, and the QR feature will even include a snippet of video of her walking in it.

“I picked things that I thought truly stood the test of time,” he said. “Before there were cellphones in the front row at fashion shows, there was applause. When Cindy turned the corner in that coat, the room went crazy.” Another dress, worn by Maggie Rizer in 2000, was a black sequined jersey halter gown with a bushy fur collar that Kors remade in marabou for 2021. “The original was so heavy, you couldn’t even move,” he said, underscoring his approach to opulence in a laid-back way.

He went full bore on evening looks, convinced that all women, not just marquee names, will be aching to dress up come fall. “You are the party when you wear that,” Kors said of a perfectly rendered crystal hand-embroidered slipdress and white tuxedo jacket. “You don’t need a disco ball, the whole room dances around you!”

Ashley Graham and Paloma Elsesser stepping out in twist-jersey gunmetal sequined dresses were a reminder of Kors’ role in democratizing fashion, by bringing size diversity to the runway, for one. And indeed, the entire outing spoke to the designer’s role as a crowd-pleaser, because it was the rare fashion film that spoke to insiders and outsiders alike, walking the line between a runway show and an advertisement.

As Wainwright sang “let me sniff some kosher deli/let me sally up to some dingy alley/those twinkling city lights blurring my eyes,” it all built to the big finish: Ugbad Abdi, Campbell and Harlow in gleaming gowns with matching twinkle-lined coats. “A Chorus Line” after Kors’ heart.

Michael Kors Will Light Up Broadway for his 40th Anniversary 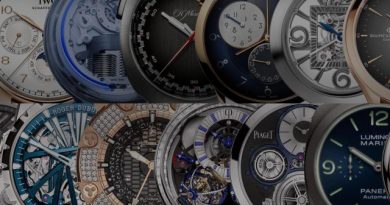 A Year of Magical Thinking – WWD