Many people in Nigeria’s business space are familiar with the name Agusto & Co. Ltd, but maybe not with the man behind the name. Olabode Agusto is a chartered accountant with decades of experience, and also the founder of Nigeria’s first and leading indigenous credit rating agency, Agusto & Co. He has also served briefly in public service and so, his name should ring more than one bell.

Olabode M. Agusto was born on September 14, 1955. He had his primary and secondary education at St. Peter’s School, Methodist Boys’ High School and St. Gregory s College Lagos. He loved the Arts and so opted for subjects like History and English Literature, even though he equally enjoyed Mathematics.

The family prioritised education and so Agusto realised quite early that he had to pursue his education to the pinnacle. His father was a lawyer called to bar in 1948. His mother was also educated even though she stayed back home to take care of the children.

In an interview, Agusto recalled that one of the greatest lessons he has learnt from home and over his career is that “solid education differentiates you from the pack big time.” Both male and female children in the family got equal access to education. He pointed out that he was mostly inspired by his grandfather who trained himself through school.

“He was the first generation of educated persons in our family. He worked hard to send himself to the School of Pharmacy. He was not satisfied with his qualification as a Chemist & Druggist (Pharmacist). He still saved money and sent himself to the United Kingdom to study law and qualified as a lawyer in 1924. He was later appointed a Queen’s Counsel. Whatever we have achieved in this family today, it was because of him – an illiterate who sent himself to school and got to the pinnacle of his career. That has always been a big inspiration for me,” Agusto stated.

After bagging his first degree in Accounting from the University of Lagos in 1977, Olabode Agusto was posted to Aba (then in the old Imo State) to work for UTC Motors for his National Youth Service Corps. He worked in the accounts department there until the end of his service year.

He later attended Massachusetts Institute of Technology, Sloan School of Management (MIT Sloan), and obtained an Executive Certificate in Strategy & Innovation. He is also a Fellow of the Institute of Chartered Accountants of Nigeria (ICAN).

Agusto’s career in the private sector

Agusto started his career at PriceWaterhouse in 1978, and was there for about a decade, growing to become a Partner. He recalls fondly, one of the Tax partners “Chukwu Amako, of blessed memory” who was of great influence to him in his career training as well as his personal life.

Agusto left in 1988 to join the Nigerian International Bank Limited (CitiBank Nigeria) as Assistant Vice President briefly. He went back to PwC for about a year, before he moved to establish Agusto & Co., a firm of Industry Analysts and Financial Consultants in 1992. Though the firm initially started off as a business information firm to provide useful information about businesses and economies, it finally obtained a SEC license as a rating agency in 2001 – thus becoming Nigeria’s first indigenous credit rating agency.

Now, the company has diversified and expanded its focus to cover other key markets in Africa including Kenya and Rwanda. Agusto & Co also offers other services like Industry Research, Portfolio analysis/rating validation, Policy and process review and Customised researches.

In 2002, Bode Agusto was invited to serve as Director-General & Adviser (Budget Matters) to President Obasanjo during his second term in office. With no history of public service in his family, Agusto had not thought of venturing into the public space. However, he accepted the appointment and served for 4 years.

“I was 47 then and I had told co-workers in Agusto & Co Ltd that there was no way I would be at the firm at 50, therefore they should get ready to run it. When the opportunity came, I spoke to them and they encouraged me to take it. I left to join the government and I spent 4 years working as Director-General of Budget for Nigeria. It was the most stressful 4 years of my life but we did well and made significant progress,” he recounted.

The tenure came to an end in 2007, and he took a short three-week vacation to South Africa. He was still there when he found out that he had been nominated for a ministerial appointment but the position did not materialise.

He has served also as a non-Executive Director of the National Pension Commission (PenCom), the Shell Nigeria Pension Fund and a member of the Monetary Policy Committee of the Central Bank of Nigeria.

Recognition and other interests

In 2002, Agusto’s contributions to the Nigerian economy earned him the honour of a Member of the Order of the Federal Republic (MFR).

Agusto is currently an independent researcher/consultant, with interest spanning across politics, economics, and business strategy in the key economies of sub-Saharan Africa. Though he is still in his 60s, Agusto seems to have opted for a handover.

“One of the biggest problems we have in Nigeria is that we do not hand over to the next generation early enough. That’s why I am writing my handover notes. I can only do things in an advisory capacity, sharing ideas on directions to go, likely outcomes, and looking at alternative routes,” he said in the Lunch Hour Interview. 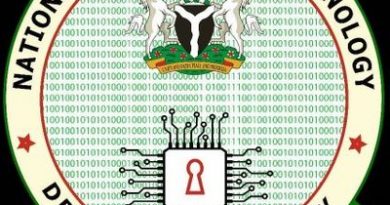 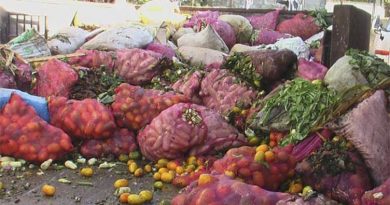 AkzoNobel Delivers 15 By 20 Promise And Continues Strong Momentum In Q4, With 6% Revenue Growth In Comparable Currencies