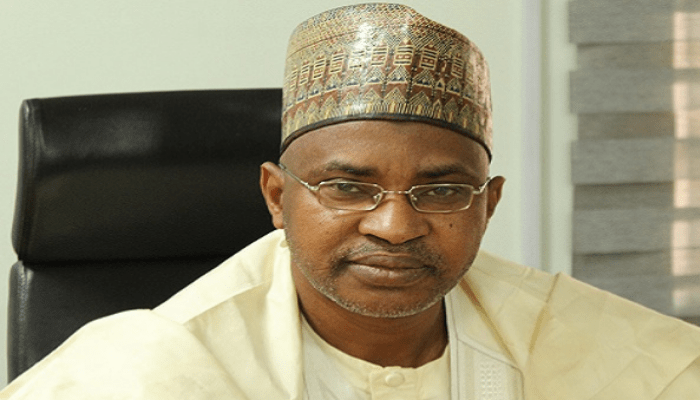 At present, Nigeria’s economy is heavily dependent on the oil sector, which accounts for over 95 percent of export earnings and about 40 percent of government revenues, according to the International Monetary Fund.

However, according to authoritative sources, the situation will change sooner than people generally imagine.

The reality is something to prepare for. So, “Beyond oil” is the catch phrase by several governments in Nigeria, especially in oil-producing part of the country. They have in recent years tried to alert the public to the possibility that, due to technological innovations and other factors, the importance of petroleum oil and related products will become less important than it is today.

On March 27, 2014, then Delta State Governor, Emmanuel Uduaghan, emphasised the need for Nigeria to focus on human capital development, saying it lies at the heart of any hopes for peace and security, at a gathering of UK Parliamentarians and Nigerians in the diaspora at House of Parliament, Westminster London. He underscored the imperative of diversifying the economy, with a special focus on entrepreneurship and infrastructure.

As professor of Petroleum Geosciences, and an oil and gas exploration research consultant to the Nigeria National Petroleum Corporation (NNPC), his perspective on this issue should be respected without reservation.

It is universally recognized that ICT plays a very vital role in the digital economy. Through his organization, he is part of a process of formulating and implementing the National Digital Economy Policy and Strategy launched on the 28th of November 2019 and was commissioned by Mr. President himself under the auspices of the Ministry of Communications and Digital Economy.

The digital economy policy has 8 pillars. The second pillar is on digital literacy and skills, which informed the establishment of a new department -Research, Digital Innovation and Skills — in the GBB, which focuses on the need to promote the issue of innovation, digital skills and entrepreneurship for a digital Nigeria.

to generate revenue for the government and focus mainly on the private sector to provide the necessary platform that will make the sector strive more competitively.

Strategies and Mandate Projects Unit specifically looks at the policies and how to translate them into actionable plans.

What are Abubakar’s vision? He explains: “I have a short-term vision that will last for 1-2 years which aims to increase the revenue base to ensure that Galaxy Backbone is self-sustained – we’d rather give to, than collect from the government. We need to on board on the Galaxy platform all the MDAS in the medium term (2-4 years) and greatly improve on the quality of services that we will be offering to the MDAS.”

He goes further: “Then we also need to strategically place ourselves to develop, transversal application and automate government processes for all MDAS in Abuja and across the country. Our vision in the long term, which is going to be for four years and above, is to develop Galaxy Backbone infrastructure for the whole country. The government planned to get the broadband penetration to penetrate all of the country through provision of optic fibre cables in a project known as the National ICT Infrastructure Backbone (NICTIB). Phase one of the NICTIB project was done and this covered about 13 states, including the FCT. It started from Lagos, covered many states in the South East and some parts of the South-south and North Central.”

He has, indeed, been a breath of fresh air at GBB. “We have a vision of making Galaxy Backbone a primary competitor to all ICT providers in Nigeria and Africa especially West Africa in the long term,” he says.

The performance of the organization during the period of heightened tension generated by the Coronavirus pandemic, which plunged Nigeria, as the rest of the world in an economic lockdown, is something Mr. Abubakar proudly flaunts as demonstrative of the clearest example of the potential of ICT to impact the economy.

He recalls that when the Covid-19 came up, the government, on the 31st of March, announced the lockdown of 3 major cities in the country – Abuja, Ogun and Lagos. Before the 31st, on the 23rd of March to be precise, when it became apparent that the Federal Executive Council will suspend its meeting of that week because of the pandemic and without visible plan on when to resume, the Minister of Communications and Digital Economy – Mallam Isa Ali Pantami “gave a marching order to me, that Galaxy must make sure that FEC meetings resume virtually while maintaining the Covid-19 protocol in the nearest future. So, the next day on Tuesday 24th I formed a committee known as the COVID-19 Task Team.”

In April, he made it possible for the FEC to have its maiden virtual meeting and, by the second week of November 2020, the FEC had its 22nd meeting virtually since the beginning of the COVID-19. And all these have been on the platform of the Galaxy Backbone. “To make that possible, we provided the facilities in the MDAS that will make it possible for the ministers to join the meeting from their offices and we later extended the facilities to the homes of the ministers so that they can also participate even from homes.” He says with satisfaction.

He is ensuring efficient and prudent management of the agency’s funds through blockage of leakages, so that “GBB will be one of the few organizations that won’t have the problem of payment of salary as presently experienced in some MDAS.”

“The government does provide some funds from the service-wide votes to the Galaxy Backbone, specifically for the maintenance of its own infrastructure, but blocking of the leakages and improving the revenue from other sources to provide the most primary services GBB is supposed to provide to the government.,” he explains.

With much humility, the legacy I would want to leave behind is the legacy of a digitalized Nigeria with pervasive infrastructure in the nook and crannies of the country. And at the end of the day, Nigeria would leverage on the ICT as a new gold mine, even more than the oil and gas as we have now.”