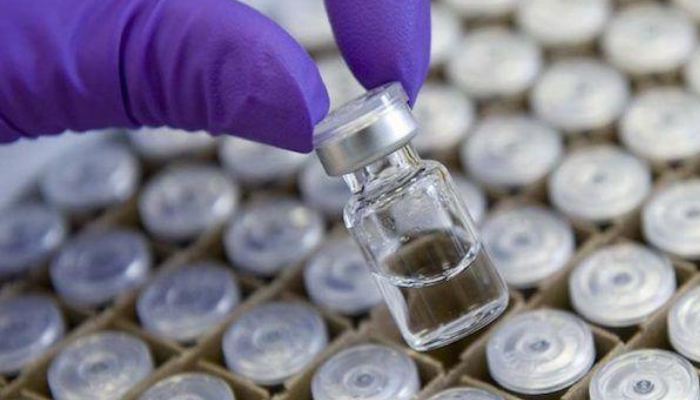 In our last coverage of drug maker, May & Baker plc, “Sustaining the path of profitability amid economic headwinds, cashstrapped consumers” we highlighted some challenges facing healthcare manufacturers and projected that 2020 would be a year of recovery for most players in the sector as the country’s economy gains stability slowly. Surprisingly, against the run of play, the outbreak of the COVID-19 pandemic introduced a new narrative, plunging the world into a global health crisis.

No doubt, the last few years have been a challenging period for healthcare manufacturers in Nigeria. Some have shut down their operations, others lucky to be alive are still struggling to stay afloat in a challenging macroeconomic environment and cash strapped consumers.

The outbreak of COVID-19 in Afrcia, the last to be ensnared by the ravaging pandemic, raised a health crisis exposing the vulnerable countries with an ageing population and a large number of citizens with underlying ailments, putting pressure on the already dilapidated and in most situation a non-existent health infrastructure in many African countries such as Nigeria.

While the pandemic slowed down activities in several sectors of the economy, major winners have been domestic healthcare manufacturing companies such as May & Baker Plc. The huge deficit of local medical supplies and pharmaceutical products created investment opportunities for the sector players. Also, a substantial amount of intervention by the Central Bank of Nigeria to healthcare companies as part of stimulus package to manage the health crisis, which included access to a N100.0bn fund, as well as lower borrowing rates, came as a boost to most companies in that sector thereby raising investor’s appetite in their stocks.

Stocks of May & Baker gained 48.70percent in the first six months of the year while other healthcare companies also posted double-digit gains during that period.

The May-2020 MPC meeting communique indicated that the CBN has already disbursed N10.15bn under the N100.0bn Healthcare Sector Intervention Fund although names of beneficiaries were not disclosed. Also, recent policy measures by the Federal Government, as well as fund flows from the private sector to healthcare could well mean that no crisis is a waste as the nation’s healthcare is now getting the attention it had longcraved for.

The drug- maker was not shielded from the wave of economic contraction that swept the country in 2016 as it plunged the company into a loss of N41.09million. The company however emerged from its loss path in 2017 and maintained it in 2018 recording a net profit of N336.61million and N585.20million.

May & Baker turned the corner in the fourth quarter of 2019 to push its annual profit after tax up by 84 percent, even though sales in the year disappointed.

Audited financial report for the fourth quarter for the period ended 31December shows the company made a profit of N155.3m in the last three months of 2019 compared to a loss of N72.07m in the same period of 2018.

As a result, total profit for the year almost doubled to N628.9m compared to N342.69m from continuing operations in 2018 (total comprehensive income in 2018 was N585.2m following the disposal of food business in the year.)

The improvement in bottomline was, however, not owing to improved sales of the drug and beverage maker; full- year revenue declined by 5.52 percent year-on-year to N8.08bn

May & Baker noted a decline in its main business segment (the production and sale of human pharmaceuticals and human vaccines) which offset gains from the beverages segment.

The slowdown in revenue weighed on May & Baker’s gross profit which fell by 7.17 percent to N2.94bn notwithstanding a 4.5 percent decline in cost of goods sold.

Administrative expenses fell almost 25 percent but it was not enough to grow operating income (N1bn vs N1.2bn) as higher selling and general expenses combined with lower ‘other operating income’ worsened the effect of a lower gross profit.

However, the company saw an astronomical increase of over 10,000 percent in interest income on fixed deposits with commercial banks (N36.98m in 2019). Profit on disposal of property, plant and equipment rose four-folds to N7m in the period. Finance cost trended lower by 45 percent to N185.69m.

“We successfully concluded recapitalisation exercise in 2018 through a Rights Issue that injected N1.87 billion into the company helping us pay off expensive short-term debts, boost working capital, fund marketing plans and finance equity investment in Biovaccines and a new paracetamol plant,” said Okafor.

May & Baker’s subsidiary company Biovaccines Nigeria Limited has re-started operations and plans to commence construction of a planned vaccines production plant in 2020, it said.

The deal which was signed with Sanofi Nigeria, the local outlet for the global drug company, would see May & Baker use its World Health Organisation (WHO) certified manufacturing facility to produce four products brands of Sanofi for sales in Nigeria and West. The company’s facility can produce 6billion tablets and 37.5million 60ml liquid medicines annually

The drug maker has re- activated its hand sanitizer production line within 72 hours of announcement of the COVID -19 index case in Nigeria. Also, the National Agency for Food and Drug Administration and Control, (NAFDAC) contacted May & Baker to mass produce emergency stock of chloroquine for possible clinical trials.

Speaking during the presentation of healthcare products to some security agencies in Lagos and Ogun, Nnamdi Okafor, Managing Director/ CEO, May & Baker said the company has already produced large stock of chloroquine in response to the NAFDAC request. This has already been made available to some health institutions in Nigeria and countries in the Economic Community of West African States (ECOWAS). Chloroquine has long been used for the treatment of malaria. It was a flagship product of May & Baker until some years back when the federal government stopped the use of the drug in treatment of malaria in Nigeria.

May & Baker manufactures and distributes pharmaceutical products, such as vaccines, antibiotics, and sera. The Company also sells diagnostics, medical equipment and bottled water.

The company said it has reposition for sustained growth with ongoing investments in additional production capacity and investment in marketing and promotions among other strategic initiatives would provide impetus for growth in the years ahead. It has also continued to explore opportunities to broaden its products base and top-line including recent investments in vaccine production, new pharmaceutical products, nutraceuticals and herbal products that are expected to further diversify revenue base overtime.