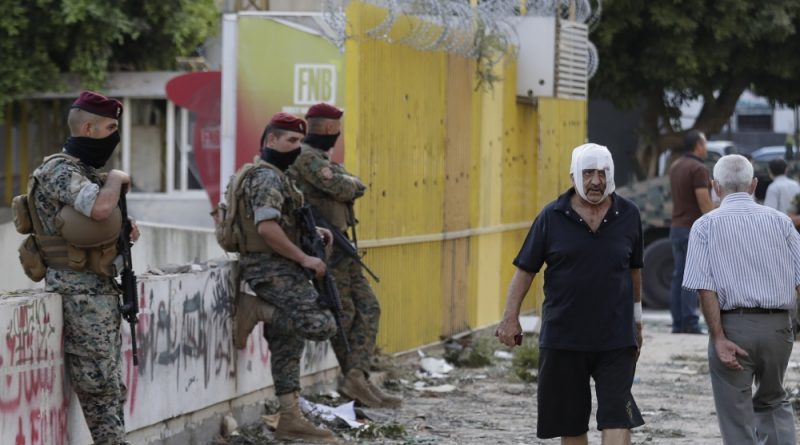 Investigators in Lebanon probing the deadly blast that ripped across Beirut are now focusing on possible negligence in the storage of tonnes of a highly explosive fertiliser in a waterfront warehouse, while the government ordered the house arrest of several port officials.

The cause of Tuesday’s explosion is not immediately clear, but officials link the blast to some 2,750 tonnes of confiscated ammonium nitrate that had been stored in a port warehouse at the port for six years.

The explosion sent shockwaves through the Lebanese capital, killing at least 135 people and injuring 5,000 more.

Officials said they expect the death toll to rise further as emergency workers dig through the rubble to search for survivors.

More than 300,000 people lost their homes, and the Governor of Beirut Marwan Abboud said losses from the blast are estimated to be between $10bn to $15bn.

Lebanon’s cabinet has declared a two-week state of emergency in the capital and handed control of security in the city to the military. 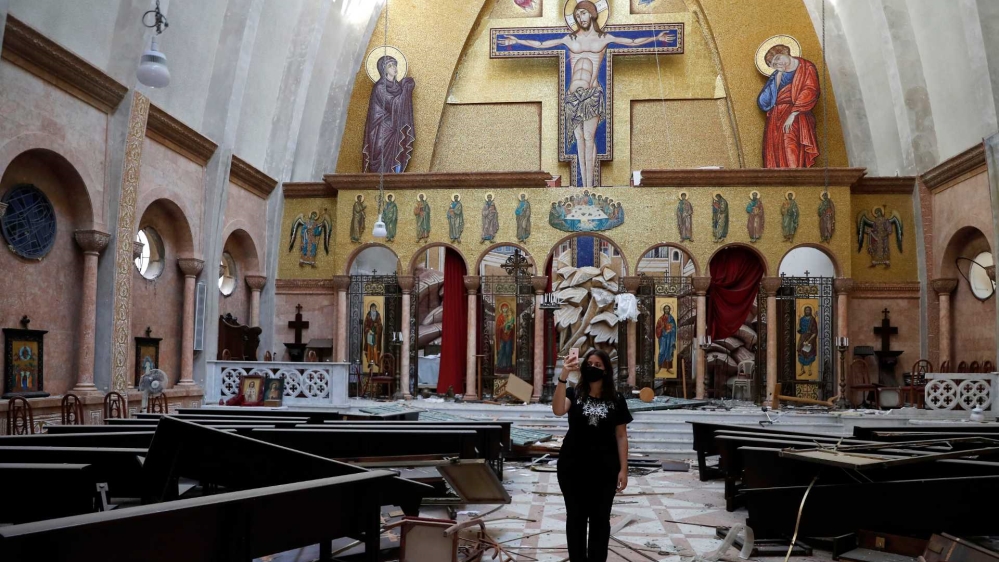 Amnesty International has called for an international investigation into the Beirut blast, saying that the probe should be “free from any potential domestic political interference” to ensure “truth, justice, and reparations for victims.”

“The horrific scenes in the aftermath of the explosion were devastating for a country already suffering under the strain of multiple crises,” Amnesty’s acting chief Julie Verhaar said in a statement.

The group also urged the international community to urgently increase humanitarian aid to Lebanon “at a time when the country was already struggling with the severe economic crisis, as well as the COVID-19 pandemic.”

President Donald Trump has continued to suggest that the massive explosion that killed at least 135 people in Lebanon might have been a deliberate attack, even as officials in Lebanon and his own defense chief said it’s believed to have be an accident, AP news agency reported.

“How can you say accident if somebody left some terrible explosive-type devices and things around perhaps – perhaps it was that. Perhaps it was an attack,” Trump told reporters during a White House briefing.

“I don’t think anybody can say right now. We’re looking into it very strongly right now.”

Defence Secretary Mark Esper earlier contradicted the president, saying most people believe the explosion “was an accident, as reported.”

Former Prime Minister Saad Hariri’s Future Movement bloc in parliament has called for the participation of international experts in the probe of the massive blast in Beirut, according to Al Jazeera’s Zeina Khodr.

The block said it wants a “transparent judicial investigation” into the incident that killed at least 135 people and injured 5,000 others.

French President Emmanuel Macron is set to arrive in Beirut on Thursday and will meet the country’s leaders following the deadly blast that killed at least 135 people and injured 5,000 others.

Macron had already spoken to Lebanon’s President Michel Aoun after the disaster, and has ordered the deployment of assistance to the country.

Macron will travel to Lebanon Thursday, first world leader to visit #Beirut after blast “I will go to Beirut 2mw to bring Lebanese people a message of fraternity and solidarity from the French,” Macron wrote on Twitter. “We will discuss situation with the political authorities.

01:45 GMT – Rescuers continued to dig out survivors of Beirut explosion

Search and rescue workers, who are working around the clock in the Lebanese, capital, have dug out a child from under the rubble of the explosion, more than 24 hours after the incident.

A video circulating on social media showed rescuers frantically digging debris from the collapsed building as they tried to extract the survivor.

At least 135 people were killed and around 5,000 more were injured following the blast on Tuesday.

Some heartwarming news out of Lebanon amid all the tragedy. More than 24 hours after the #Beirut explosion, a young girl has been rescued from under the rubble.

Lebanese nationals living in Paris and other members of the public held a prayer vigil in the French capital to show solidarity with the victims of a massive explosion in Beirut, Lebanon.

The crowd gathered on Wednesday night outside the Basilica of the Sacred Heart in Paris.

Other images of the event showed people in tears as they mourn the victims of the disaster. At least 135 people were killed and around 5,000 more were injured following the blast on Tuesday afternoon. 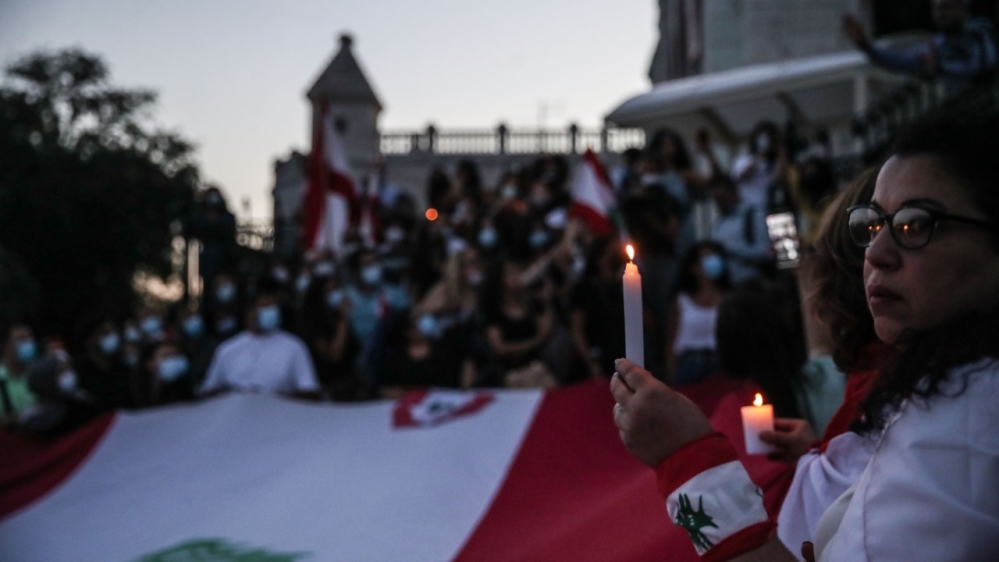 Lebanese nationals in Paris and other members of the public light candles during the Solidarity Stand event, held to show support for the victims of a massive explosion in Beirut [Mohammed Badra/EPA]

Teams from the German THW, the country’s emergency organisation, and International Search and Rescue Germany boarded a flight from Frankfurt on Wednesday evening destined for Beirut.

On board are search and rescue dogs, medical assessment teams, as well as 15 tonnes of equipment and tools, Timo Eilhard of the THW told Reuters News Agency.

The Philippine Embassy in Lebanon reported that 10 of the 11 seafarers, who were initially reported missing following the massive blast in Beirut, have been found.

According to a statement from the Philippine government, the seafarers suffered minor injuries and are now being looked after their shipping company. One seafarer remains missing.

Earlier, the Philippine government reported at least two Filipino workers were killed and six others injured in the blast.

The World Bank Group said it stands ready to assess Lebanon’s damage and needs after a devastating Beirut port explosion and work with the country’s partners to mobilise public and private financing for reconstruction and recovery.

The World Bank said in a statement that it “would be also willing to reprogram existing resources and explore additional financing to support rebuilding lives and livelihoods of people impacted by this disaster”.

20:15 GMT – Support for hospitals and trauma response is a top priority: UN

The United Nations is working closely with the authorities in Lebanon to support continuing response in the aftermath of the massive explosion, UN Deputy Spokesperson Farhan Haq told reporters.

“The World Health Organization is working closely with the Lebanese Ministry of Health to conduct an assessment of hospital facilities in Beirut, their functionality and needs for additional support, particularly amid the COVID-19 pandemic”, he said.

“Specialists are being dispatched to Beirut at the moment to assist in the emergency response, both from the United Nations and multiple Member States. Experts are en route to support urban search and rescue operations. Teams are also equipped to conduct rapid assessments about the situation on the ground and help coordinate emergency response activities.” 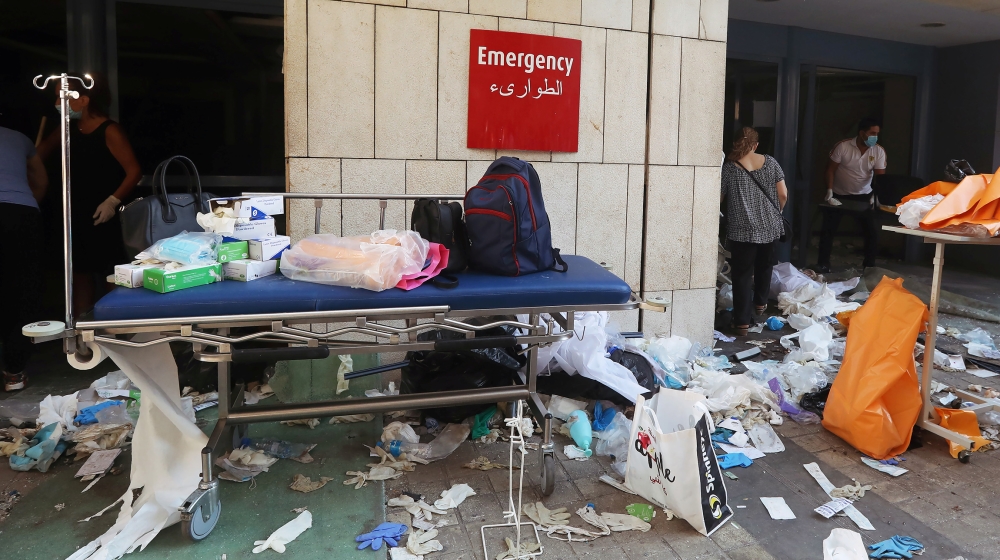 Protective gloves are scattered on the ground at a damaged hospital following Tuesday’s blast in Beirut, Lebanon [Mohamed Azakir/Reuters]

An Iraqi delegation headed by the Iraqi oil minister met the Lebanese Prime Minister Hassan Diab, and informed him that Baghdad would provide fuel aid to Beirut, according to a statement by the Lebanese government.

Lebanese local media also said that an amount of wheat would arrive on Friday from Iraq as aid after the blast left the Lebanese capital short on wheat, according to the governor.

Amnesty International called for an independent into Beirut’s deadly blast and urged the international community to increase humanitarian aid at this time.

Julie Verhaar, acting secretary-general of the UK-based rights group, said, “Whatever may have caused the explosion, including the possibility of a large amount of ammonium nitrate stored unsafely, Amnesty International is calling for an international mechanism to be promptly set up to investigate how this happened.

“Amnesty International also calls on the international community to urgently increase humanitarian aid to Lebanon at a time when the country was already struggling with the severe economic crisis, as well as the COVID-19 pandemic.”

For other key developments related to the Beirut explosion from yesterday, August 5, click here.

What Benefits Do I Get with a Metis Status Card?