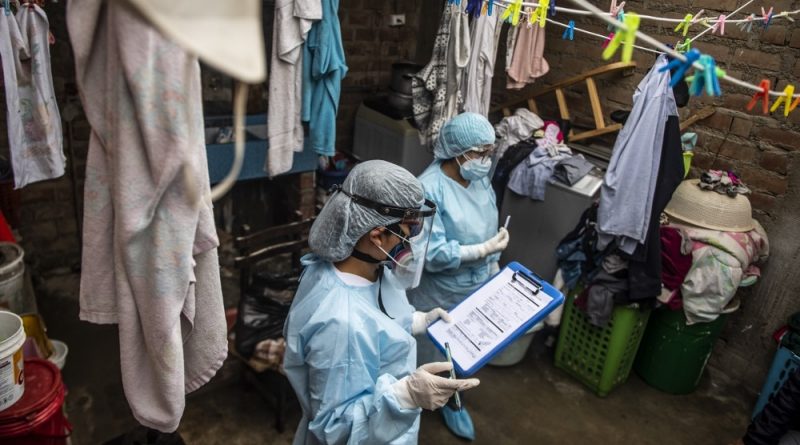 A domestic flight ban came into effect in Myanmar on Friday, with Myanmar National Airlines, Air KBZ, Air Thanlwin and other airlines announcing the suspension of their services, many for at least two weeks.

Scammers have stolen $70m from a programme supporting US businesses hurt by the coronavirus downturn, leading to charges against 57 people including an NFL player, the Justice Department said.

Brian C Rabbitt, an acting assistant attorney general for the criminal division, told reporters the alleged fraudsters tried to get hold of more than $175m from the Paycheck Protection Program (PPP). Of the $70m that was stolen, the government has recovered or frozen $30m.

“The amount of fraud that we’ve uncovered to date and that we’ve prosecuted to date is significant,” Rabbitt said. “Given what we’ve seen so far, we believe that there is an additional set of fraudulent activity out there that we intend to continue pursuing.”

Maria Orozco, Colombia’s minister of transport, said international flights to and out of the country will begin gradually, starting on September 21, following a six-month hiatus to contain the spread of coronavirus.

The health ministry is drawing up security protocols that include requiring travelers to take a coronavirus tests and for their results to be negative, Orozco said.

The resumption of international flights will depend on destination countries, airport capacity, and the interest of the airlines, she added.

Quebec, Canada’s second most populous province, will fine anyone who does not wear a mask in an enclosed public space amid an uptick in new coronavirus cases.

“We cannot accept that a few irresponsible individuals are putting our entire society at risk. So I think it’s time to crack down,” Quebec Premier Francois Legault told a news conference.

The new measures will come into effect on Saturday. The amounts are yet to be announced.

The number of confirmed coronavirus infections topped 8 million in Latin America, the region with the most infections in the world, though there were indications the spread of the virus was slowing in some countries.

Over the past week the daily average of cases in the region fell to 67,173 through Wednesday from 80,512 in the previous seven days, according to a tally by the Reuters news agency.

Brazil, suffering the worst outbreak in the region, stayed atop the Latin American tables for coronavirus cases and deaths, recording a total of 4.2 million infections and more than 128,000 deaths. Still, Brazilian officials noted a decrease in infections in recent days.

The average number of cases also fell slightly in Peru, Colombia and Mexico, the countries with the most infections after Brazil.

The Brazilian state of Bahia signed an agreement to conduct Phase 3 clinical trials for Russia’s Sputnik V vaccine against COVID-19 and plans to buy 50 million doses to market in Brazil, officials said.

Governor Rui Costa said a confidentiality agreement was signed on Tuesday to undertake the trials and Bahia will receive an initial 500 doses as soon as Brazil’s health regulator Anvisa approves the protocol for testing.

If the trials that are expected to start in October are successful, Bahia will look to market the Russian vaccine in Brazil through its pharmaceutical research center Bahiafarma, the state’s health secretary Fabio Vilas-Boas said in a statement.

For all the key developments from yesterday, September 10, go here.