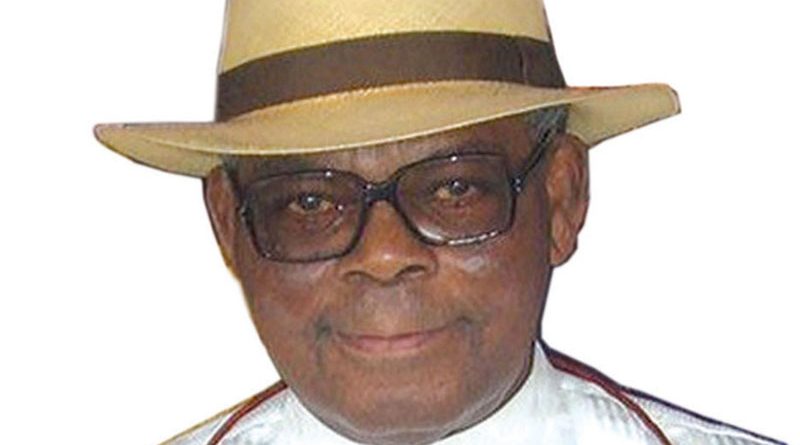 The late Olorogun Felix Ibru, the first democratically-elected governor of Delta State, had worked hard to give his family a lasting wealth and legacy.

But the wealth bequeathed to the children, Society Watch gathered, is said to be the cause of enmity among them.
How? Two children of the deceased, Oyovwevotu Felix Ibru and Amrotorigbeya Elaine Ibru, are said to have instituted a court case against other siblings over the running of their father’s company, Ibru Prefabs Limited, before a federal high court in Ikoyi, Lagos.

The petitioners, it was gathered, alleged that one of their siblings, Dr. Aidido Paul Ibru, was running the estate of their late father in a manner which is unfairly prejudicial and discriminatory to their interest.

A source said, “Dr. Aidido Paul Ibru, on his own, assumed the administration, control and management of the estate left by their late father without obtaining the consent or authority of the Court, and the other siblings.

“Consequently, on May 10, 2017, a matter with Suit No. LD/25P/2017 between the petitioners, Mrs. Onojoma Yvette Oniwinde, Dr. Aidido Paul Ibru, Ms. Sheri Sonia Ibru, Mr. Olotu Ibru and the Probate Registrar of High Court of Lagos State, at the Lagos State High Court, claiming that the court should order that Dr. Aidido as executor of the Estate of the late Olorugun Felix Ibru is obliged to file account supported by relevant receipts and vouchers showing his dealings with the Estate since the death of Ologun Ibru on the 12th day of March 2016 up till this moment and such account to be lodged with the Probate Registrar of the court for scrutiny within three months from the date of judgement.

“They are also seeking an order disgorging/restituting all profits or gains accrued over the assets of Estate of the late senator; an order of perpetual injunction restraining Dr. Aidido either by himself, privies, agents or representatives howsoever described from interfering or intermeddling with any asset, including real properties in the Estate of the late Olorugun Felix Ibru; an order of perpetual injunction restraining him whether acting by himself, agents or privies, whomsoever, howsoever, from taking possession or in any way disturbing the peaceful enjoyment by Mr. Matilda Ibru of the premises known as 35, Remi Fani-Kayode Street, Ikeja GRA, Lagos; an order that account be taken of all assets in the Estate of the deceased and an interest on the sum awarded at 21% per annum until final liquidation of the judgement sum.”

He alleged further that, following the death of their father, who was the only shareholder of the company, Aidido, who has no shares and is not a director of the company, has purported and continued to purport to exercise control over the affairs of the company without regard to the their interest, and those of the other heirs to the estate of the late politician.

The source added that Aidido was also accused of operating the various accounts of the company in spite of several oral and written warnings to him that he should stop doing so until Letters of Administration are obtained in respect of the estate.

Similarly, Aidido was accused of applying the funds of the company in respect of his personal needs.
However, another source disclosed that though Aidido had not filed any response to the suit filed before the court, he stated, in a counter-affidavit to a suit before a Lagos high court, that as the first son of his father, he would not destroy the laudable legacy built and left by his father.

The source said the friction started almost immediately their father passed on and they had to determine his final resting place.

“They decided not to attend the funeral and burial of their father on his property at Agharha -Otor. The action is seen as abominations and taboo and flagrant disobedience to the custom, tradition, and culture of the Urhobo people, of which their father was a proud one.

“So they cannot be beneficiaries of the estate of the late father given their wilful refusal to bury him and pay him last respects. They were not side-lined but rather have been informed that before any discussion about the late Olorogun Felix Ibru estate can take place, the matter about reproaching their father by refusing to bury him must be resolved.”
He said Aidido’s running the affairs of his late father’s company involved other siblings, who either involved in the burial of their father or had since come around to accepting that their refusal to bury him was an abominable and reproachable act against Olorogun Felix Ibru.

“He has been focused on ensuring that any debt owed by the estate is paid, that burial plans are executed proficiently, the mausoleum site developed, applying for a letter of administration and estate road map actualized,” he added.