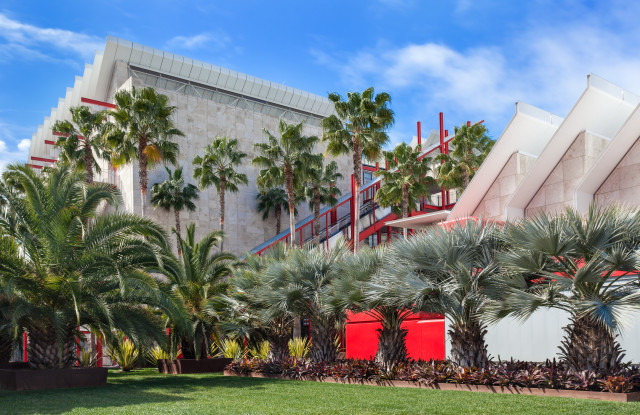 Efforts to get Tom Gores off the board of the Los Angeles County Museum of Art have proven successful.

Gores, an American billionaire who runs Beverly Hills private equity firm Platinum Partners and owns the Detroit Pistons NBA team, told the LACMA board on Thursday that he has resigned, effective immediately, from his position on the board. Dozens of artists and several collectors, along with activist groups Color of Change and Worth Rises, last month went public with their demand that Gores be removed from the board over his financial involvement with Securus Technologies, a company that operates phones in prisons and detention centers. It’s been accused of price gouging.

In a letter to Michael Govan, LACMA’s director, Gores said he met with museum leaders last week, when he reiterated his claim that with his firm’s controlling investment in Securus, he intends to “reform” the company. But he was asked by the board: “We appreciate your efforts to ‘take the hill’ and reform Securus. But why does LACMA have to take the hill with you?”

“The simple answer is: You don’t,” Gores wrote in the letter. “Effective immediately, I resign my position on the board and forgo all ties to the institution.

“We didn’t know when we acquired Securus that it would become a nexus for addressing the political, social, racial and economic issues roiling America today,” Gores added. “But now that we are here, we will not shy away from the hard work ahead. We’ve made substantial progress but there is more to do.”

Govan, through a LACMA spokeswoman, said only: “We’re very grateful to Tom, not only for his generosity and support over more than a decade, but also for this additional gesture of support for LACMA right now.”

LACMA had not yet commented publicly on the push for Gores to be removed from the board.

Bianca Tylek, founder and executive director of Worth Rises, admitted that she had just yesterday been told by the LACMA board to expect a resolution regarding Gores in the next week, but she was not expecting Gores to be gone this soon.

“The board has had a lot of conversations around what’s best for the board, and they were basically like, we’re not going to bat for [Gores],” Tylek said. “He wouldn’t be stepping down if they hadn’t made it clear they were going to fight for him.”

When the activist groups went public last month with their demand that Gores be taken off the board, they claimed in a letter to LACMA board co-chairs Elaine Wynn and Tony Ressler that Securus “rakes in more than $700 million per year charging egregious rates for phone calls from prisons, jails and immigrant detention centers — funds that are primarily siphoned from impoverished families and Black, brown and indigenous communities of color, further constricting the urgent resources of marginalized people.”

But Tylek noted that this tactic was only used after Gores ended direct talks with activists pushing for reforms of Securus. Tylek began talking with Gores a year ago, but before the board letter, she claims he simply stopped responding to emails and canceled meetings.

“We don’t come out of the gate fighting people in public and wanting to villainize folks, but when you evaporate every avenue for change you leave that as the only option.”

While Gores has insisted on reform efforts for the company and a representative of Platinum Equity told WWD last month that it plans to “eventually” divest from Securus, only a few months ago the company was sued for its pricing practices. Securus is accused of charging effectively $1 a minute for calls by inmates, either with a flat rate offer of $10 or $15 for calls up to that number of minutes, or by the minute. The charges go to inmates, who are overwhelmingly people of color and poor, or their families.

Quickly more than 100 artists signed onto the letter to LACMA demanding Gores be taken off the board, and over the last few weeks an additional 100-plus have signed on. It was redelivered to the LACMA board. The letter includes more than two dozen artists who have had their work exhibited at LACMA and more than a dozen major donors.

“Our institutions face an overdue moment of critical reckoning, from which LACMA is not immune,” the letter says. “It is imperative that LACMA examine its own breach of neutrality as it pertains to the diverse communities it wishes to serve. In doing so, the board of trustees must repudiate the rotten entanglements of racism, police brutality and state-sanctioned violence by renouncing Tom Gores.”

Other major museums in the country have been under fire as well for wealthy board members with major businesses that seem antithetical to current societal issues, including The Whitney and the Museum of Modern Art, both in New York. Whitney board member Warren Kanders stepped down after an outcry over his company’s sale of tear gas used on protesters. Meanwhile, MoMa is under pressure to remove Larry Fink also over his alleged business ties to private prisons.

But Tylek is “content” with how the LACMA board dealt with Gores.

“They moved quickly, they took it seriously… When you compare it to the fights around Warren and Larry Fink, they moved much faster than these other boards,” she said.

Going forward however, Worth Rises may not be finished with Gores quite yet. The goal, Tylek said, is getting him to actually change Securus’ business, which she said has not actually happened yet. And should this alleged inaction continue, Gores’ seat on the NBA Board of Governors could be the next point of contention.

“That’s the one very much on everyone’s mind,” Tylek said, “and I think there are already some conversations happening there.”