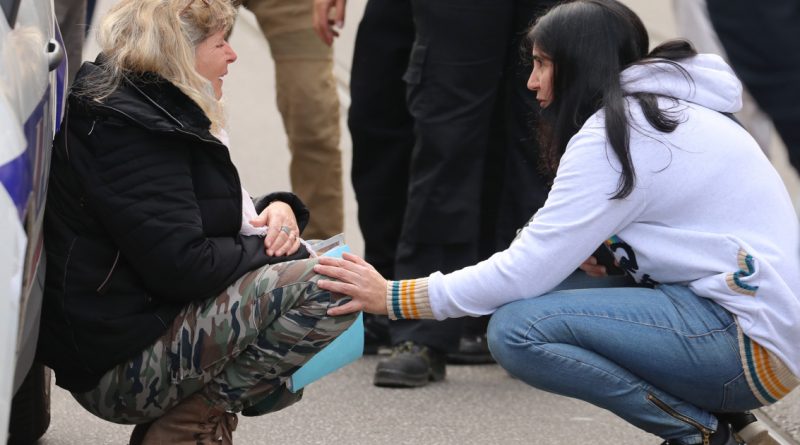 An attacker with a knife killed at least three people and wounded several others at a church in the French city of Nice on Thursday, French officials said, in an incident the city’s mayor described as an act of “terrorism”.

Mayor Christian Estrosi said on Twitter that the attacker had been detained. French media said the suspect was in hospital.

The exact motive of the attack was unclear.

The incident comes amid growing tensions between France and the Muslim world over French President Emmanuel Macron’s recent speech critiquing Islam, and amid renewed public support in France for the right to show caricatures of the Prophet Muhammad.

The caricatures, which are deeply offensive to Muslims, are part of a renewed debate on freedom of expression after French teacher Samuel Paty was killed earlier this month after showing the images to his students.

French police shot dead a man in Montfavet, near the city of Avignon in southern France, after he had earlier threatened passersby with a handgun, police said, confirming media reports.

A man was arrested in the Saudi Arabia city of Jeddah outside the French consulate after a confrontation with a guard using “with a sharp tool”, local Saudi media outlet said, according to Reuters news agency.

Italian Prime Minister Giuseppe Conte condemned the “vile attack” that left three dead at a church in the southern French city of Nice.

“The vile attack… will not shake the common front defending the values of freedom and peace,” Conte posted on Twitter.

“Our convictions are stronger than fanaticism, hatred and terror.”

The Mayor of Paris has said Nice and its people can “count on support” from her city amid the deadly knife attack that has killed at least two people.

“Attack at the Basilica of Nice: my first thoughts go to the victims and their loved ones affected by this horrible attack. The people of Nice, as well as it’s mayor Christian Estrosi, can count on support from the city of Paris.”

“Thoughts of compassion for the victims of the attack in Nice. Moving solidarity with the Catholics of France,” Melenchon said.

French journalist, director and Member of European Parliament Raphael Glucksmann called for solidarity with all victims and Catholics but said that compassion was “not enough”.

“Another atrocious attack. One more. A church this time. Our total solidarity with the victims and with all Catholics. But compassion is not enough. It is our unfailing solidarity in the fight against radical Islamism that is required.”

Far right leader Marine Le Pen tweeted that there was “a dramatic acceleration of Islamic acts of war against our fellow citizens”.

“The dramatic acceleration of Islamic acts of war against our fellow citizens and our country requires our leaders to provide a global response aimed at eradicating Islamism from our soil.”

France’s national anti-terror prosecutors said Thursday they have opened a murder inquiry after a man killed three people at a basilica in central Nice and wounded several others.

At least two people have been killed and more are wounded after a knife attack in Nice. Here’s our full story.

Hello. This is Usaid Siddiqui in Toronto, Canada bringing you the latest on the kinife attack that took place on Thursday in the southern French city of Nice.

How will a Biden presidency impact NATO and Brexit? | United States