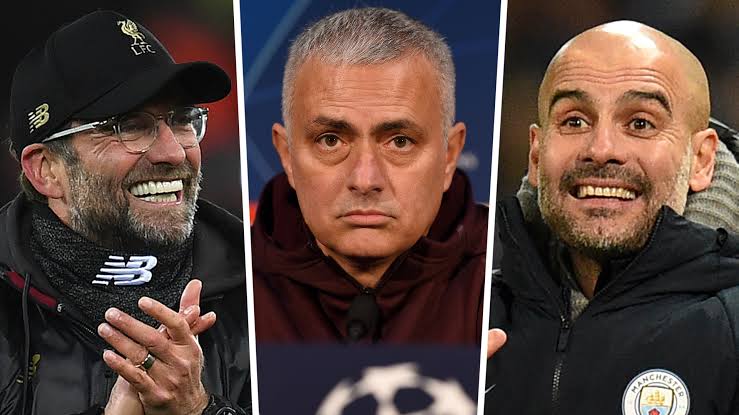 While the Premier League currently boasts some of the game’s finest tacticians in Liverpool’s Jurgen Klopp and Manchester City’s Pep Guardiola. KF Tirana coach Ndubuisi Egbo, who in July became the first-ever African coach to win a title in Europe, reveals he draws inspiration from Tottenham boss Jose Mourinho.

Mourinho is regarded as one of the greatest managers of all time and one of the most decorated managers ever after winning league titles in Portugal, England, Spain, and Italy as well as lifting the Champions League twice with FC Porto and Inter Milan.

Although the former Chelsea manager has his critics for his style of football, he is well respected for his tactical prowess, game management, and adaptability to different situations.

Egbo is a big fan of these qualities in the ‘Special One’, and he confesses that he looks to emulate the work of the Portuguese tactician.

“He’s (Mourinho’s) the kind of coach that can go to any team,” Egbo tells The SuperSub.

“He doesn’t care about the kind of player they have, he goes there to try to take maximum 100% from every member of the team that he has. And that’s what exactly I and my staff tried to do here.”

Tirana suffered relegation during the 2016-17 season after finishing ninth in the 10-team Albanian top-flight but gained promotion back in the 2018-19 campaign.

The team was yet again lingering around the relegation zone when Egbo took charge in December. The former Super Eagles goalkeeper then superbly powered the side to its first league triumph in 11 years and their 25th overall as Albania’s most successful club.

“There were many factors, many things we did,” Egbo opens up on his secret to that historic success.

“(Addressing the) mentality was part of it. The managerial side was also part of it. We tried to take the maximum from the players that we have, and then we tried to put them in the right positions to give confidence to those we believe can be in the game.

“We removed some players that were not playing well, and those who were always creating problems in the team. The team started taking shape, and then the winning team continued to play.”

More record-breaking feats await Egbo, though, as the 47-year-old coach aims to take Tirana into the Champions League group phase, something no Albanian team has been able to achieve.