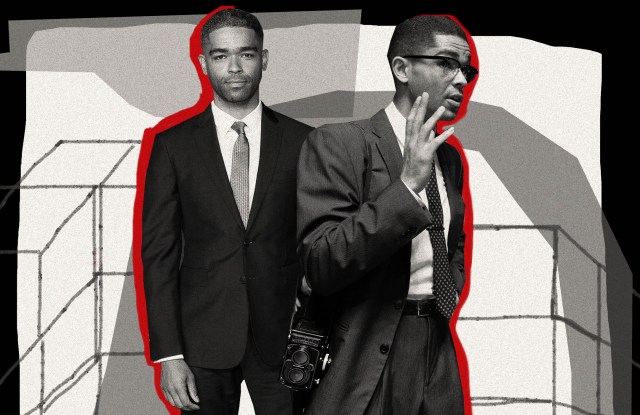 When Kingsley Ben-Adir’s agent sent him the script for “One Night in Miami,” the actor did the unthinkable: he turned down the opportunity to audition. “There was so much excitement about the script in the acting community. [Passing] felt a little bit outrageous,” says Ben-Adir of the buzzy film, Regina King’s directorial debut.

“I said to my agent, if anything happens with Malcolm, I would love to audition for that role and it’d be my pleasure to put something on tape for Regina,” he continues from his home in London. And leaning into his intuition proved to be the right call. “Four months later, that happened.” 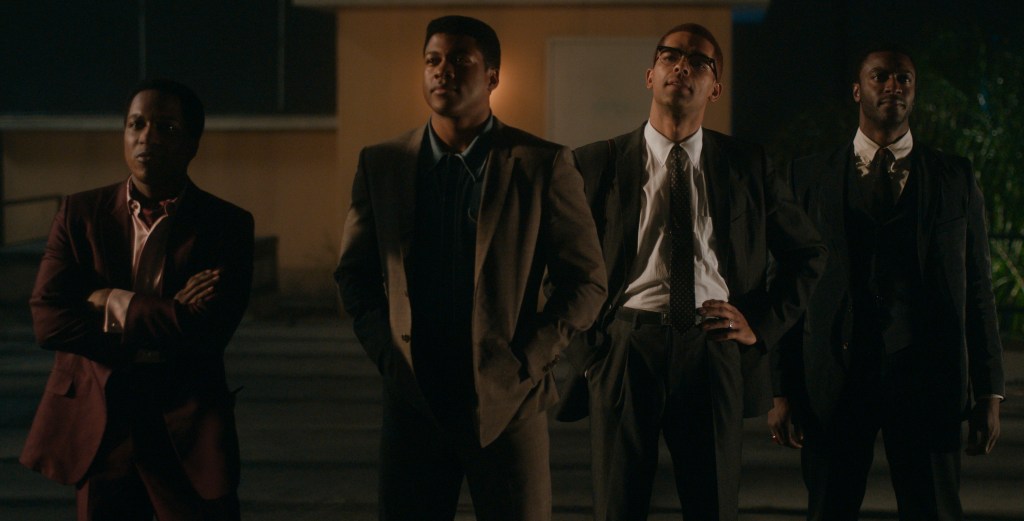 Leslie Odom Jr., Eli Goree, Kingsley Ben-Adir and Aldis Hodge in a film still from “One Night in Miami.”
Courtesy of Amazon Studios

Ben-Adir had previously been cast as Muhammad Ali, for a different film — an Ang Lee project that didn’t come to fruition — and his knowledge of the boxer proved a useful foundation to understanding the relationship between Ali and his spiritual mentor Malcolm X.

Ben-Adir ended up on the phone with King, and after nearly 10 hours of phone conversations talking through the project and Malcolm X (and a screen test with Leslie Odom Jr., who plays Sam Cooke in the film), the lead role was his.

“I’m relatively unknown and a lot of my work up to this point is detectives and love interests — and usually in support of other people,” says Ben-Adir of being vetted for the role. (Recently, he played a love interest opposite Zoë Kravitz in “High Fidelity,” and a head intelligence officer in “Peaky Blinders.”)

“One Night in Miami” is based on a stage play by Kemp Powers (who also penned the screenplay), and the film reflects its theatrical origin. Much of the movie takes place in one room and as the title suggests, during one night in Miami, following Clay’s monumental win over Sonny Liston for the world championship on Feb. 25, 1964. Most of the action in the film happens in the dialogue between the four men, as they discuss their views on power and influence. “There’s no archetypal plot structure; it’s really the emotional charge,” says Ben-Adir, noting that a heated conversation between Malcolm and Cooke in the second half of the film was what hooked him on the premise. 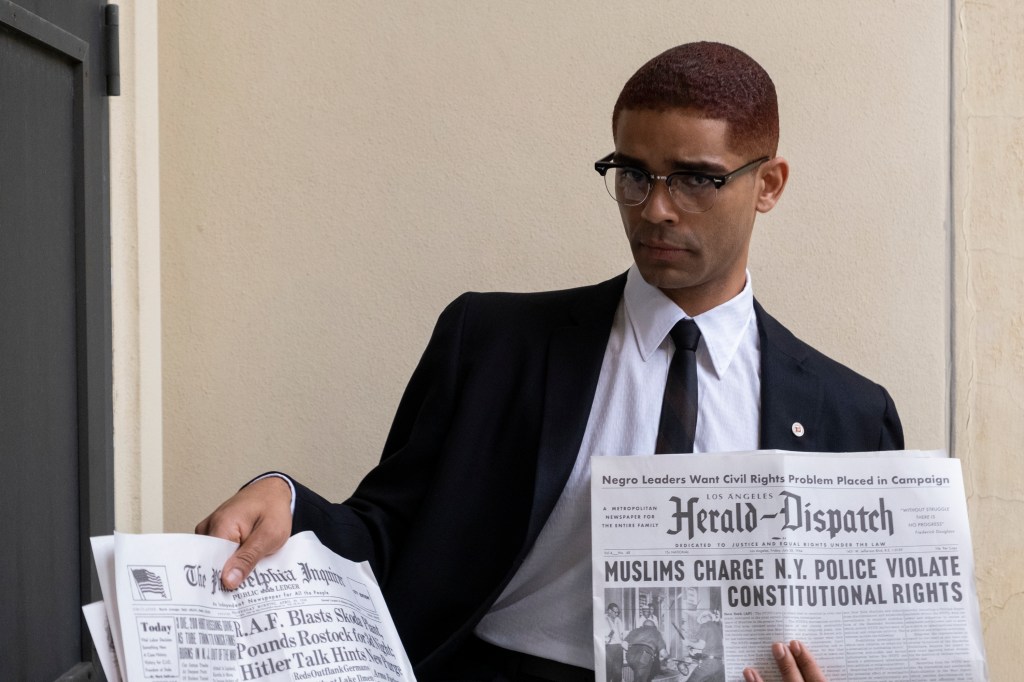 Kingsley Ben-Adir in a still from “One Night in Miami.”
Courtesy

The stakes for Malcolm at that point in his life were extreme: he was mulling a very public departure from the Nation of Islam as his relationship with the group crumbled. The civil rights leader was being followed by the FBI and traveled with a personal security detail; his life was in danger. A year later, he was murdered.

The acting challenge for Ben-Adir was figuring out who Malcolm X was apart from his public persona, and communicating that emotional interiority on-screen — who he was with his kids and as a husband and behind closed doors with his friends, when he could let his guard down.

While preparing for the role, Ben-Adir came across an interview with Dick Gregory in which the comedian-activist described his close friend as a sweet and bashful man.

“And he said that the lacerating demagogue that we all know, that stereotypical image that the media portrays of Malcolm, was really a character that he slipped in and out of, but wasn’t the sum total of who he was,” says Ben-Adir.

The experience of his total immersion into life as Malcolm X was all-consuming.

“I woke up at five every morning and he was on play until the moment I went to sleep. If I wasn’t speaking as Malcolm out loud, I was listening to him or watching him, for two and a half months pretty much nonstop,” says Ben-Adir. (Although, he did take a break from Malcolm to portray Barack Obama in the miniseries “The Comey Rule.”)

“It’s very difficult not to feel like you’re not doing anything with your life when you’re comparing yourself to Malcolm X — I mean, this is a man who put his life on the line for Black people,” he continues. “A f–king bonafide intellectual — I think the man really was a genius. It’s the most stunning human being that you could ever dream of playing. I think if you study someone like Malcolm for that long, it does change you.”

If this was a normal year, Ben-Adir would be on the road. Instead he’s at home in London, enjoying a cup of tea before heading out for a screening. It’s a few weeks before the city’s latest lockdown order, and the actor is looking forward to watching Danish director Thomas Vinterberg’s latest film, “Another Round,” at a screening room.

“It would have been a bit of a jet setting autumn,” says the actor.

In late July, he got the call from King with news that the film would be hitting the festival circuit: a world premiere at the Venice Film Festival — the festival’s first premiere of a movie directed by a Black woman — followed by the Toronto International Film Festival. Because of the pandemic, the cast was unable to attend in person, but the festival prestige, and positive reviews, set the film up as an early awards season contender. 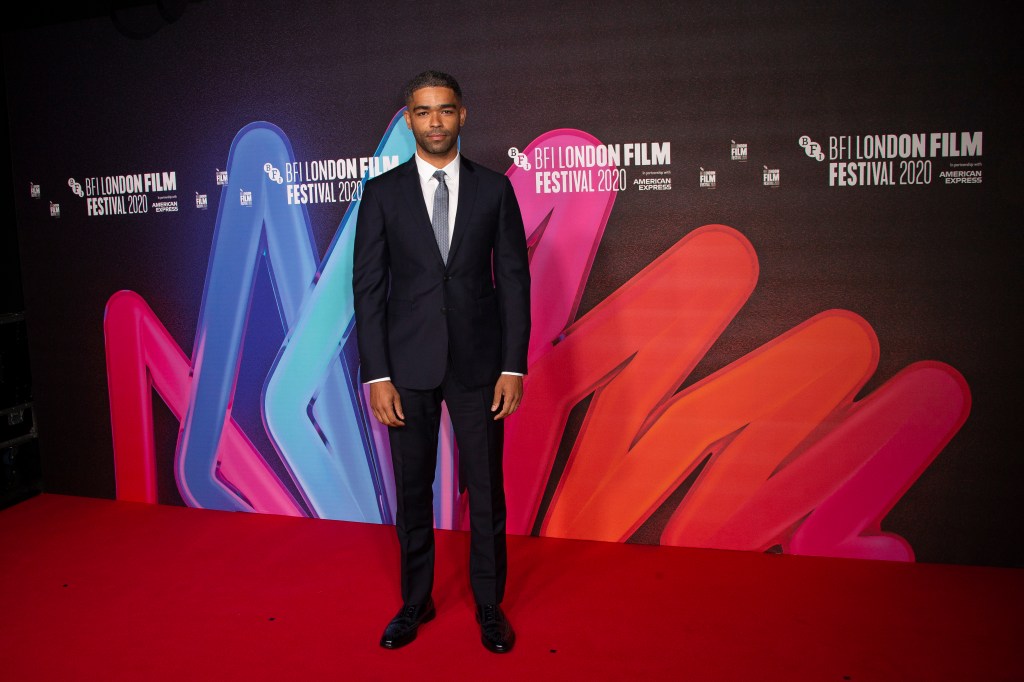 The actor was able to attend an in-person screening of the film at the BFI London Film Festival in October, his first time watching it on the big screen with a live audience. “It was a completely different movie when it was on a huge wall,” he says. “That was the moment where I really could appreciate the cinematic value of the work that Regina and Tami [Reiker, the cinematographer] had pulled off.”

Ben-Adir has only extensive praise for King’s directorial approach (and work as an actress).

“The great thing about having Regina in the driving seat is that you can give her four or five different options, and you know she’s going to pick the best one,” he says. “She understands the acting process in a profound way; she has a real spiritual understanding of where you need to be emotionally to get the best out of a performer.”

So yes: playing Malcolm X in “One Night in Miami” was a dream role. The film elevates Ben-Adir from his years as a working actor into the leading limelight of a project with an awards campaign. That positioning also delivers Ben-Adir his latest job: doing press. And “One Night in Miami” is certainly a film worth talking about. 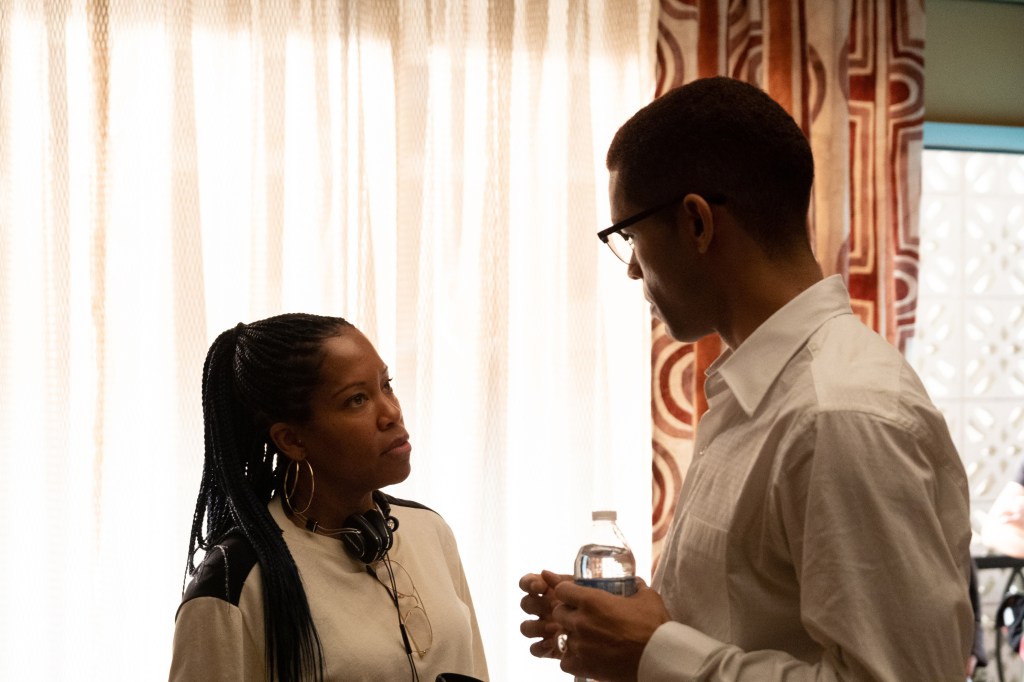 Director Regina King and Kingsley Ben-Adir on the set of “One Night in Miami.”
Courtesy of Patti Perret/Amazon Studios 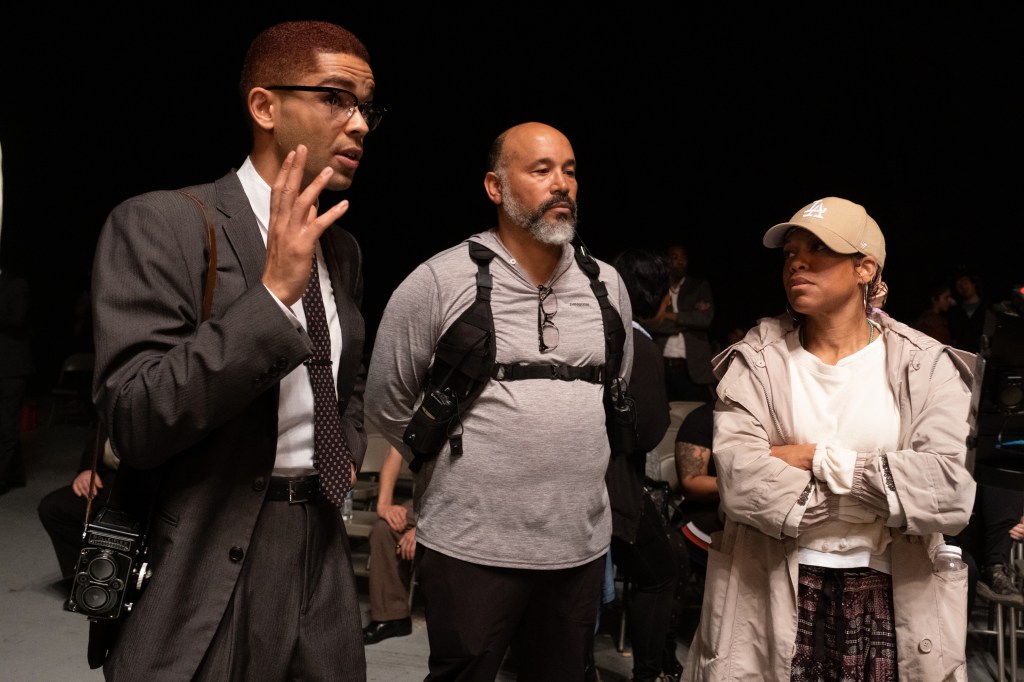 Kingsley Ben-Adir and director Regina King on the set of “One Night in Miami.”
Courtesy of Patti Perret

More From the Eye:

Before ‘The Batman,’ Jayme Lawson Makes Her Screen Debut in ‘Farewell Amor’