And now for something a little different…in this weekly serial, I’ve been looking back a decade or three at fashion shows that set me a-tingling for one reason or another, but today’s tingle is not even a year old. I didn’t write about “Fallen Man”, Undercover’s Autumn/Winter 2020 show in January. Let’s say I was saving it for something. Like now, when I came across the invitation and was once again taken by its cryptic poetry: “Behold the castle, ruined by delusion, as it lays still haunted, ‘mongst the spirits of the dead, caught in wretched obsession in this world of carnage, shall never change from past to present…”

This was January, remember. Since when, “this world of carnage” has taken on any form you care to choose: environmental chaos, political crisis, physical violence, spiritual stasis. Action. Reaction. Proaction. Things fall apart; the centre cannot hold.

Jun Takahashi, Undercover’s master of ceremonies, was formed in the crucible of Tokyo punk, and he has spun some of fashion’s most fascinating collections out of dark, idiosyncratic obsessions that have been anything but wretched: Patti Smith, Ziggy Stardust, Hieronymus Bosch, “A Clockwork Orange”, “2001: A Space Odyssey”, the Belgian artist Michaël Borremans… And these collections have often been remarkably prescient, in the way that Japanese designers have perfected of training their outsider’s gimlet eye on the alien vagaries of Western culture. Their queen is Rei Kawakubo. She mentored Takahashi, and his work has infused her mutant Europeanisms with his own brand of rockist romanticism. But both designers excel at challenging orthodoxy. They’re both born punks.

That was why “Fallen Man” haunted me throughout this startlingly bleak year. Its finale saw a solitary man darting around the darkened rink of the Cirque d’Hiver, dodging a rain of arrows until he froze, impaled at last. Stunning. There were some visual cues as to Takahashi’s source material. He’s always been quite literal that way. So I recognized the iconic Japanese actor Toshiro Mifune in samurai garb writ large on a sweatshirt. And I assumed the image might be taken from the 1957 classic “Throne of Blood”, the director Akira Kurosawa’s reconfiguration of “Macbeth” in feudal Japan. Takahashi confirmed this after the show, when he said that this was the first time in his career he had used Japanese culture as an inspiration. “It’s a difficult design subject to approach,” he murmured. You could wonder why, when Western designers have so gleefully plundered history for inspiration. Maybe it’s been an issue of accessibility. Japan opened up to the West during the Meiji era (1868-1912), and the influence of Western clothing in the form of Edwardiana has always been remarkably distinctive in the work of Japanese designers. In the 1980s, my dandified self was particularly attached to a Comme des Garcons swallowtail coat. But it was seldom that we hidebound Occidentalists saw whatever we imagined as the idea of “Japan” represented in the collections of Japanese designers. All the more reason to defy it on their part.

Is that grisly ambigutity what Takahashi was talking about? His collection certainly confronted the question. It was divided into two sections. The first was a co-ed parade of Alpine explorers and adventurers, taking cues from nomadic cultures for layers of print and texture which resolutely reconceptualised extreme sportswear. An Underwear parka? Could you want for anything more when the mercury plummets? Runic embroideries added the suggestive subtext that Takahashi favours. Nothing is ever quite what it seems. The second act (I’ll come to that intermission in a moment) was a spectacular elevation of the Tartar, the Mongol, the Samurai. The shaman, the huntsman. Kimono sleeves, obi belts, warrior hoods. But they all came to an end in that rain of arrows.

So I did a bit of a deep dive. “Behold the castle, ruined by delusion.” Turns out it was the English subtitles of the opening sequence of “Throne of Blood”. Takahashi’s Macbeth was a modern samurai, egged on by his wife (Lady Asaji in the classical retelling) who was recast here in a startling orange kimono.

It is Takahashi’s peculiar genius that he touches every single detail of his collections, a soup-to-nuts supervision that suggests superhuman physicality. But he also knows who to call on when he needs expert input. Here, he enlisted choreographer Damien Jalet. I’ve spent decades reading my peers, sometimes thumbs-upping, other times, wondering if they were at the same show. I guess it comes down to “commenting on the clothes”, and I’m not always cut out for that. I would have expected fulsome encomia for Jalet’s choreography for “Fallen Man”, especially in a show season when choreography was responsible for the most memorable moments (Marni, Marc Jacobs). And yet…oh well, Jalet amplified Takahashi’s concept to the nth, from the eerily undulating mound of fabric that eventually spilled three Shakespearian witches (the intermission!) to that final dance of death: Jalet’s dancer dodging arrows till one finds its mark, a direct mirror of “Throne of Blood”’s closing sequence.

“Fallen Man”. The arrow eventually nails its target. I sit here with an American election, the most important one of my remaining years, still undecided, and I wonder at how a fashion show (I won’t say “mere” fashion show, because that is playing to the peanut gallery) can so effectively isolate fear, desolation, abuse of power, thwarted ambition and inevitable demise. And all I can say is BRAVO. The whole remarkable presentation, all 23 minutes of it, is on Kendam Runway, on YouTube. Obviously, there are moments when the “fashion show” bit takes over, but otherwise, you will be confronted, and hopefully entranced, by what Takahashi and Jalet and soundscapists Ron Morelli and Krikor Kouchian contrive. 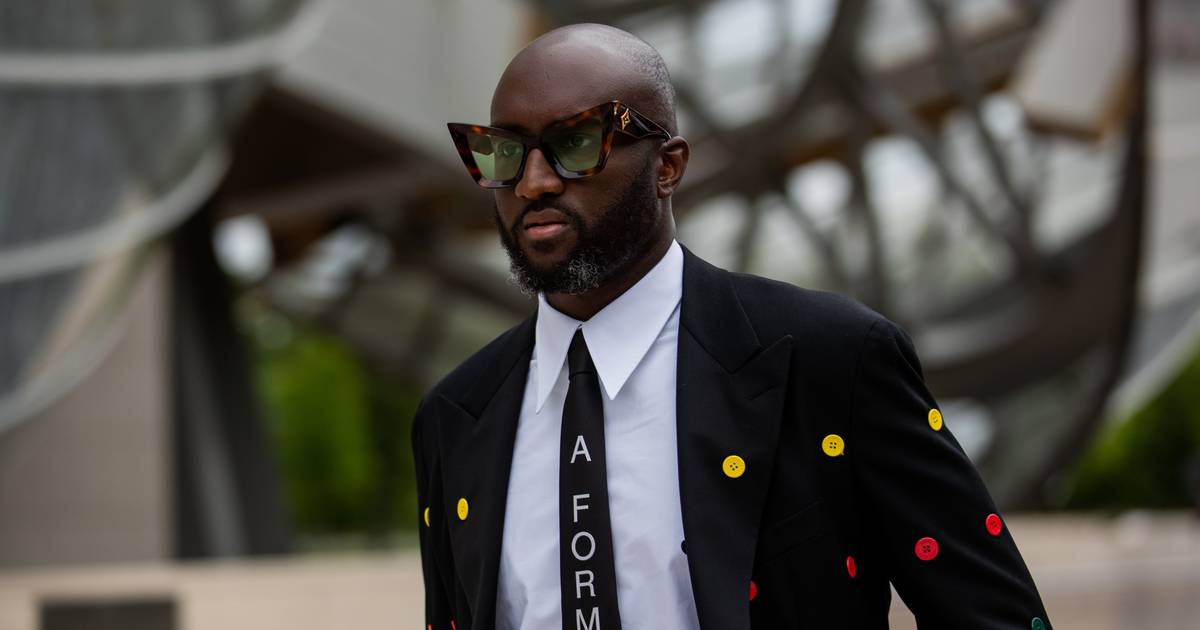 Virgil Abloh, Fashion Trailblazer for a New Generation, Has Died 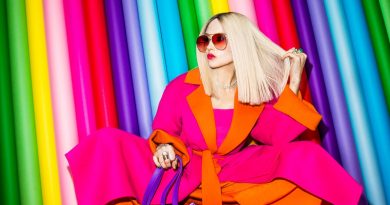 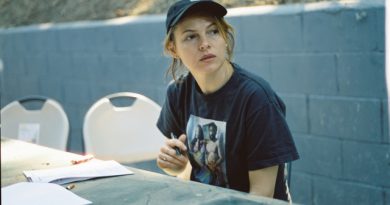