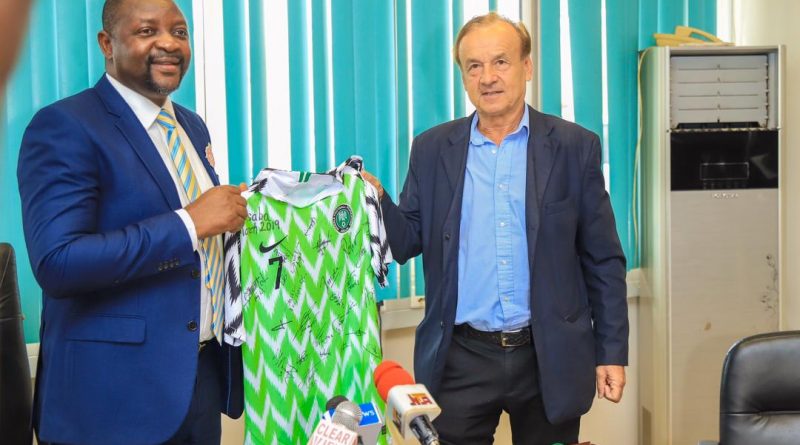 Sport
May 28, 2020May 28, 2020 Stan 0 Comments
TweetPinPrintLinkedInEmailFacebook

Gernot Rohr has been involved in a contract tussle with the NFF for some time now, and at a point, it looks like the German tactician is into his final days as the Super Eagles manager.

The 66-year-old is currently into the final two months of his contract, but he has always expressed his interest to continue.  And it appears he is set to get his wish despite NFF’s efforts to frustrate him from signing a new deal.

The country’s football governing body had revealed that for Rohr to sign a new contract, he would have to accept the new terms.

The conditions laid out include staying in Nigeria, earning in Naira and the development of the country’s local league players.

There were fears the German won’t agree to these terms, but he revealed last week he accepts the terms of the new deal, which means signing a new contract is just a mere formality now.

However, the German must address some issues as he is set to sign a new contract. Although Rohr has done an excellent job since he signed his first deal in 2016, the former Gabon manager has also been criticised by some.

The extension of his contract is a good thing for Nigerian football as it ensures continuity and stability. Still, Rohr will need to change some things in what is undoubtedly set to be his final two years as the Super Eagles manager.

Soccernet highlights issues the German will need to fix as he is set to become the longest-serving Nigerian boss.

Find A Creative Midfielder: Since Rohr came in, Alex Iwobi has been Nigeria’s creative outlet, but the former Arsenal man failed to impress in that role.

With over 40 appearances, Iwobi’s performances haven’t shown that he’s the long term solution to Nigeria’s No 10. problem.

The Super Eagles have been suffering in that department since Iwobi’s uncle, Austin Jay-Jay Okocha, retired. Iwobi was expected to be the man, but he’s shown his uncle’s boot is too big for him to fill.

A move to Everton was supposed to give the 23-year-old the confidence he lacked at Arsenal, but nothing has changed in his game.

With just seven goals and three assists in 40 games for the country, It’s clear that the Toffees star is not the answer to Nigeria’s creativity problems, and Rohr would need to find a solution either from the current crop or bring in someone new.

Decide On A Permanent No 1: The Super Eagles have gone through a couple of goalkeeping changes in Rohr’s tenure, but that would need to change.

Carl Ikeme was the country’s undisputed No 1, but his career was cut short as he had to retire after he was diagnosed with leukaemia.

Ikechukwu Ezenwa was selected to replace the former Wolves star, and he was in goal for Nigeria’s 2018 World Cup qualifying campaign.

But Rohr enforced another change at the tournament proper with Francis Uzoho preferred in goal. A year later, Daniel Akpeyi was given the nod at the 2019 Africa Cup of Nations.

These changes affect the stability in the team, and it’s time Rohr decides on a permanent No 1. Fortuna Dusseldorf 11 goalkeeper, Maduka Okoye is touted as the country’s future No. 1, but it appears Rohr is not ready to throw him into the fray.

The 66-year-old told me ahead Nigeria’s AFCON qualifier against Benin that he needs to be cautious with the German-born shot-stopper.  There’ve also been reports that Swiss-based goalkeeper Sebastian Osigwe is also under consideration.

With a lot of options in the goalkeeping department, Rohr needs to decide quickly on Nigeria’s undisputed No 1.

Switch Up Styles: One of the major criticisms levelled against Rohr is his tedious approach to games. The former Burkina Faso manager has been criticised for the way he set up his team.

The Super Eagles take a conservative approach to games, and that’s not gone down well with Nigerians as they believe the team should be doing better with the number of talents in the side.

Although football is a game of results, a manager needs to have different styles, which is why critics of Rohr have a point.

Even the best pragmatic managers adapt styles depending on the opposition. Jose Mourinho is the master of pragmatism, but his Real Madrid team played one of the best-attacking football during the 2011/2012 season.

Rohr could also learn from managers who share the same tenets as him. There’s no reason for Nigeria to play defensive football against a team like Burundi or Madagascar.

His conservative style has always gotten us results, but it has also cost us in some games. Rohr needs to be dynamic in his tactics, and also change the team’s style depending on the opposition.

Find A Suitable Centre-Back Pairing: Leon Balogun and William Troost Ekong were Nigeria’s defensive pairing when Rohr arrived.  They were popularly called the “Oyinbo wall”, and played together in all of Nigeria’s 2018 World Cup qualifiers.

The two also marshalled Nigeria’s backline at the 2018 World Cup in Russia. But things took a turn after the World Cup as Balogun struggled for game time at club level, and subsequently lost his place in the national team.

Since he was dropped, Rohr has gone with Omeruo to partner William Troost Ekong in defence. But in recent games, Semi Ajayi got the nod over the Leganes man.

While it’s good to have these competitions, it’s also essential to have a permanent centre-back pairing as it helps the players to understand each other better.

Consistent changes in the backline cause disruptions in the team and that could affect the balance of the team. Just like the goalkeeping department, Rohr should decide on his first choice centre backs.

Win A Trophy: Rohr has led Nigeria to two major tournaments with a game to spare. He’s yet to lose a qualifying match at least on the pitch.

While his record in the qualifiers is impressive, the Super Eagles have always come up short in tournaments.

Nigeria crashed out in the group stages of the 2018 World Cup, while they could only manage a third-place finish at the 2019 Africa Cup of Nations.

Rohr has always given the excuse that his team is still young, but he can’t play that card anymore. The Super Eagles have one of the youngest squads in the world, but they have also played at two major tournaments.

The current crop of Super Eagles is the best team Nigeria’s had since the 1994 golden generation. The pressure is on Rohr to win a trophy with the squad, and the 2021 Africa Cup of Nations could be his last chance.

Throwback: Mikel was right after all, Arsenal are far behind Chelsea 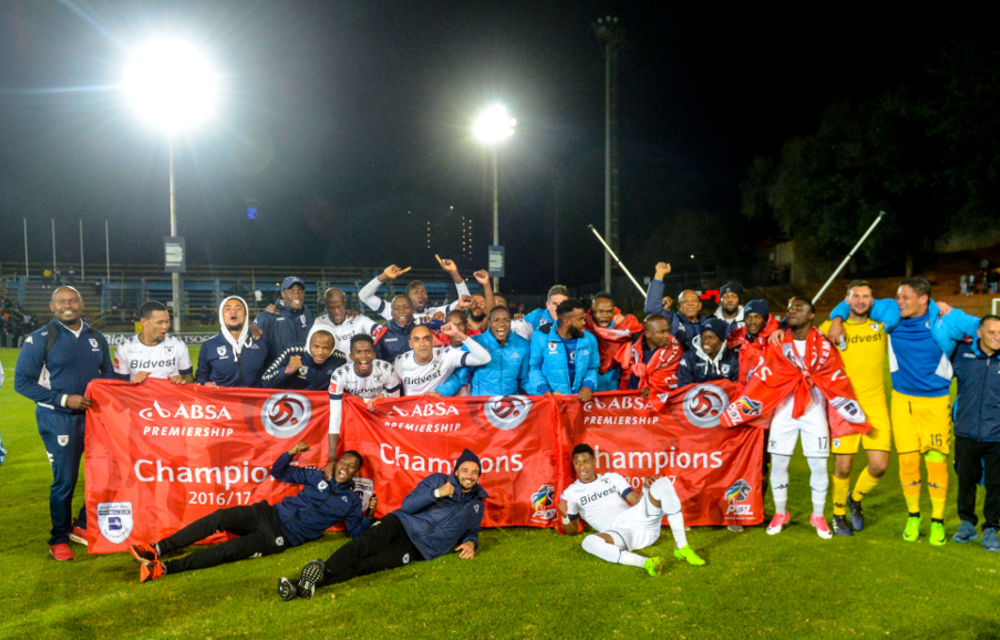