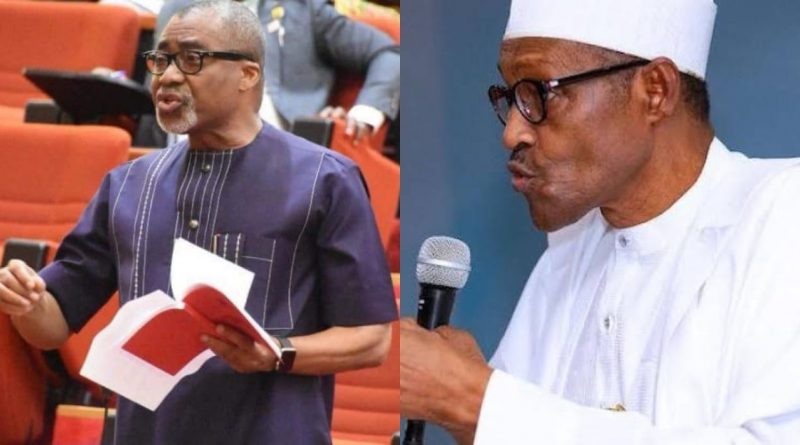 The Media and Publicity Secretary of IPOB, Emma Powerful, in a statement on Friday, lambasted Buhari’s spokesman, Garba Shehu, over his attack on the lawmaker.

“It doesn’t matter how many times Aso Rock rehearse this puerile line of ‘jumping bail’ argument, the facts are very clear and in the public domain for any sensible person to comprehend.

“Since you went to Mazi Nnamdi Kanu’s house to kill him, is it a court in Abuja, where judges are impotent, that he won’t be attacked? Common sense!

“Garba Shehu has not only showcased his ignorance of the law as it pertains to bail forfeiture proceedings in a law court, but his pathetic attempt to rewrite the history of the unprovoked bloody invasion of the home of our leader Mazi Nnamdi Kanu by Fulani terrorist soldiers which directly resulted in his inability to attend Binta Nyako’s court is well documented.

“Does it mean that Garba Shehu, Malami the Attorney General of Nigeria and the Tanko Muhammad the Chief Justice of Nigeria are ignorant of the section of the constitution that stipulates by law a senator is not allowed to stand surety for an accused person?

“This same Garba Shehu, who said they don’t take advice from the likes of Abaribe were the same people that publicly called for Goodluck Jonathan to resign. Why is it that Senator Abaribe’s legitimate call for the resignation of President Buhari is suddenly treasonable felony?”

IPOB said Nigerians should know that “any government that failed to protect the lives and properties of her citizens is a total failure, therefore this regime is a complete and utter failure and should be removed.

“An opposition party is there to oppose and that is what Abaribe did but surprisingly this rudimentary requirement of democratic governance is lost on some sections of ill-informed set of people.”