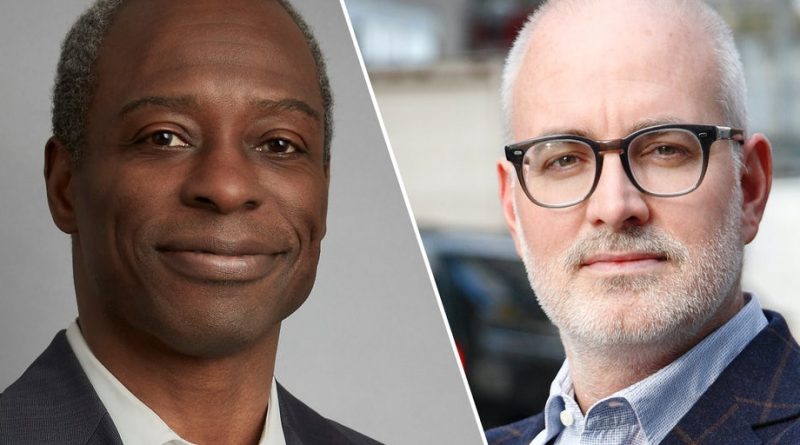 This week, two top-level executives — one in fashion, one in fashion publishing — were accused of misconduct within the pages of reputable media outlets. On Wednesday, the non-profit ProPublica, which specialises in investigative journalism, published a profile of Tapestry Chief Executive Jide Zeitlin, who had resigned the day before as reports of an inappropriate relationship he had more than a decade ago resurfaced. That same day, The New York Times published a long-anticipated exposé on Hearst President Troy Young that documented several lewd, inappropriate remarks he had allegedly made to employees throughout his time at the media company.

Zeitlin tried to save his own reputation by publishing a personal essay on LinkedIn, detailing his account of why he was resigning from his position, one that he has only held since September 2019. “I have long believed in the importance of telling one’s own life story, rather than allowing others to control the narrative,” he wrote.

But when it comes to bad actions, companies and individuals can no longer simply bully their way through. What’s notable about both stories is that the accounts were not new. The details of Zeitlin’s peculiar relationship first surfaced in 2009, after he was nominated by the Obama administration to be an envoy to the United Nations, advising on financial reform. Eventually, he withdrew his name from consideration, citing personal reasons. In The New York Times’ story about Hearst, employees recalled instances when Young made sexually suggestive comments as far back as seven years ago.

Starting with the rise of the #MeToo movement in October 2017 following long-rumoured allegations of sexual misconduct by Harvey Weinstein, and then accelerating in recent months as the civil rights movement gathered momentum, employees were emboldened to speak publicly about experiences of discrimination, sexism and of course, racism in the mainstream press and on social media.

From the employees of venture capital-backed start-ups like Away and Outdoor Voices to media companies Refinery29 and Condé Nast sharing stories of discriminatory workplace cultures, to the models who accused Mario Testino, Patrick Demarchelier and Bruce Weber of inappropriate behaviour, current and former employees are finding there is some protection in numbers — and comfort in telling the truth.

Because of this, companies — and their executives — are being held accountable like never before. Zeitlin’s reputation at Tapestry was good; according to current and former employees he was seen as an agent of change at the struggling accessible luxury group. As the only black CEO at a major fashion company, his leadership was also seen as progression in an industry bogged down by racism and antiquated infrastructure. But he still resigned, without severance, as Tapestry investigated his conduct.

In his own statement to The New York Times, Young failed to apologise for his behaviour. However, on Thursday, he sent an all-hands email to Hearst Magazines staff attempting to rectify that, and just a few hours later he resigned from his role.

“I recognize that the incidents cited in the NYT article are particularly offensive to women and I want to make clear they do not represent who I am as a person nor do they reflect some of the most important relationships in my life,” he wrote. “To my female colleagues, many of whom are my closest collaborators, trusted advisors and day-to-day partners: I am sorry and I am committed to the work I need to do here.”

Other companies have been compelled to make sweeping changes, either forcing out the accused (as with private equity-owned fast-fashion start-up Reformation or Refinery29) or making public, measurable commitments to improve diversity, inclusion and general workplace culture. If they don’t honour those commitments, it’s likely that they will once again be taken to task, underscoring a massive change in employee activism and external communications.

While the internet may have enabled brands to speak directly to their customers, it’s impossible to control the entire internet — or the narrative. Instead, companies need to worry less about damage control when it comes to their own narrative, and focus on dismantling the sexist, elitist and racist structures that have enabled these incidents to occur in the first place.

Editor’s Note: Lauren Sherman was briefly hired by Troy Young as a freelance consultant in 2013. 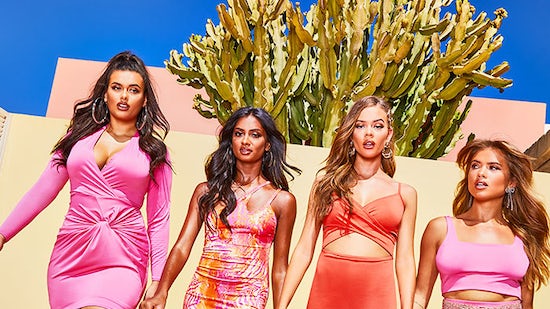 Boohoo tells the UK home secretary it’s probing charges of malpractice. The fast fashion retailer said it supports proposals for a licensing scheme that would ensure all garment factories are meeting legal obligations. Boohoo’s share price is down nearly 35 percent since allegations of labour rights abuses linked to a cluster of coronavirus cases in the English city of Leicester emerged earlier this month.

Neiman Marcus to close four stores including Hudson Yards anchor. The department store will close the Manhattan location it opened to much fanfare at Hudson Yards in March 2019 as part of store consolidation effort across the country, according to the Dallas Morning News. The luxury retailer filed for bankruptcy in May, citing debt and lack of capital.

Brooks Brothers enters purchase deal with group owned by Authentic Brands and Simon Property Group. Brooks Brothers, the tailored apparel retailer which filed for bankruptcy in June, entered into a $305 million “stalking horse” purchase agreement with retailer SPARC Group LLC, an entity owned by Authentic Brands and mall owner Simon Property. The move could allow the apparel brand to survive and help its operations in at least 125 stores.

Dior could be catching up with long-time rival Chanel. LVMH’s second-biggest fashion house, Dior sales jumped 24 percent to €6.6 billion ($7.54 billion) last year, along with steadily improving profitability, according to a report by Morgan Stanley. While it still has a long way to go to match the €12.3 billion Chanel recorded in revenues in 2019, the gap between the two brands has been narrowing for three consecutive years.

Ann Taylor parent company files for Chapter 11 bankruptcy. Ascena Retail Group has entered a restructuring support agreement with the majority of its lenders, securing $150 million in fresh funds. Under the restructuring, it plans to strike $1 billion from its debts and close “a significant number” of its 2,800 stores.

Nike’s job cuts will cost up to $250 million. The layoffs will be part of the retailer’s pivot toward e-commerce, but the sportswear company did not say how many positions would be eliminated. The move comes as retailers rethink the importance of brick-and-mortar stores, with many refocusing their strategies to online sales. Nike also announced changes to senior leadership to support the direct-to-consumer shift.

Growth in UK shopper numbers stalls after post-lockdown rush. Shopper numbers across all retail destinations increased by 4.5 percent in the week to July 18, down from 10.6 percent in the week to July 11. Britain’s retailers were particularly hit hard by lockdown measures, due to already high rents and business taxes, tight margins and online competition. Thousands of job cuts have already been announced as retailers attempt to lower costs.

Walmart trains staff how to deal with maskless shoppers. Although top health experts recommend wearing masks in public to prevent the spread of the virus, the issue of whether to wear one has swelled into a culture war. Walmart staffers are to stay calm, listen and, if the customer insists on being maskless, get out the way, according to a new training video for Walmart’s new “health ambassador” role. Walmart also announced it has spent an additional $428 million on workers’ bonuses, bringing the retailer’s total expenditure on employee bonuses to $1.1 billion this year. 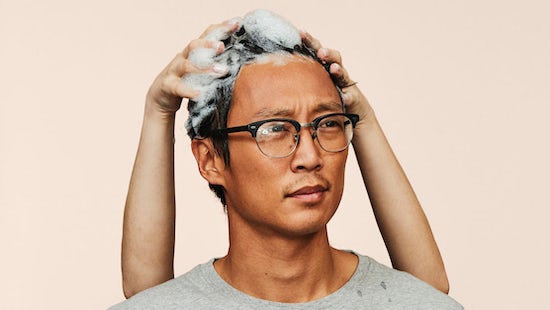 DTC wellness brand Hims seeks deal to go public. The healthcare brand is exploring the potential deal through a merger with a blank-check acquisition company that could value it at more than $1 billion. Hims has been capitalising on the growing demand for virtual consultations by connecting consumers with physicians, and is now collaborating with LionTree Advisors LLC to negotiate a potential sale to a special purpose acquisition company.

TikTok has become Gen-Z’s go-to platform for skincare advice. The hashtag #skincare has garnered over 10.9 billion views on the social media platform, while #acne now has 2.2. billion views, according to Glossy. Many “skinfluencers” are using TikTok to review products and offer their critiques on the latest beauty trends. Equally, skincare professionals like dermatologist Dustin Portela, who has 500,000 followers, are also using the platform to disprove products made by non-doctors.

Tapestry CEO Jide Zeitlin Resigns amid ProPublica investigation. The executive, who has served on the company’s board for 14 years and was named its chief executive in 2019, is leaving as misconduct allegations surface. Zeitlin has been accused of having an inappropriate relationship with a woman 10 years ago after “lur[ing] her into a romantic relationship” by posing as a photographer. The allegations have been raised by reporter William Cohan, who had been working on the story for independent investigative journalism non-profit ProPublica.

Margiela has a new CEO. Gianfranco Gianangeli joins the house from his family-owned knitwear manufacturing business in Italy, but has previously held director positions at Givenchy and Prada. He replaces Riccardo Bellini, who departed December 1 after being tapped to become chief executive of Chloé, and reports to Ubaldo Minelli, chief executive of Maison Margiela owner OTB.

Hermès’ “secret weapon” resigns. Bali Barret, who first joined the maison in 2003 as director of silk, is due to step down as artistic director of women’s products in October. Over the course of her tenure at Hermès, Barret worked closely alongside Artistic Director Pierre-Alexis Dumas and is largely credited with modernising the heritage brand and its product offering.

Marc Jacobs, Kerby Jean-Raymond, Telfar Clemens and Peter Do are among the nominees for the 2020 CFDA fashion awards. The winners will be announced via a digital event at the start of New York Fashion Week in September. In a new development for the prize, Global Designer of the Year will be split into two awards — womenswear and menswear — with Daniel Lee for Bottega Veneta, Dries Van Noten, Craig Green and Kim Jones for Dior among those nominated. 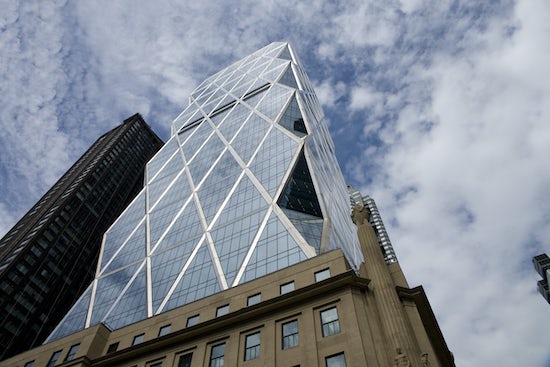 Hearst Magazines President Troy Young and Cosmopolitan Editor Jessica Pels face employee allegations of offensive remarks, discrimination and toxic workplace culture. An investigation by The New York Times describes lewd and sexist behaviour by Young, which include a comment about sex toys and another about an employee’s personal dating life, and sending pornography to “a high-level Hearst editor.”

Armani and Yoox Net-a-Porter sign omnichannel deal. The two groups have worked together for 20 years with Yoox Net-a-Porter having previously designed and managed Armani’s main online store, Armani.com. The “Next Era” partnership will offer Armani customers access to all products on online and offline channels, with full integration expected by 2022.

Rent the Runway adds to its c-suite. Ellen Shultz, previously executive vice president of talent and inclusion for The New York Times, joins as chief people officer on September 8, while former microsoft employee Larry Steinberg, who served as chief technology officer at hospitality software firm Agilysys, has been appointed to chief technology officer after joining Rent the Runway as a consultant in May. 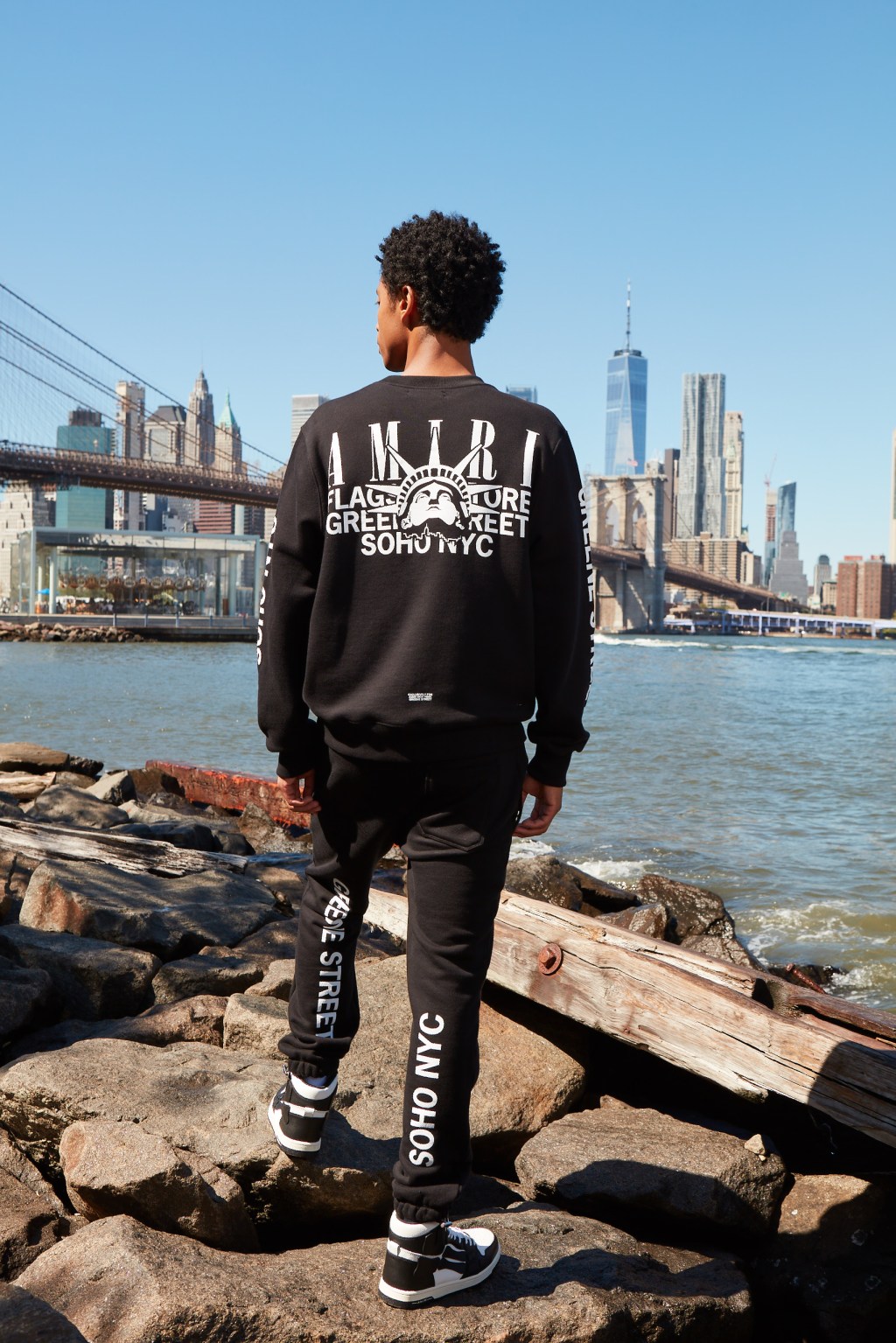 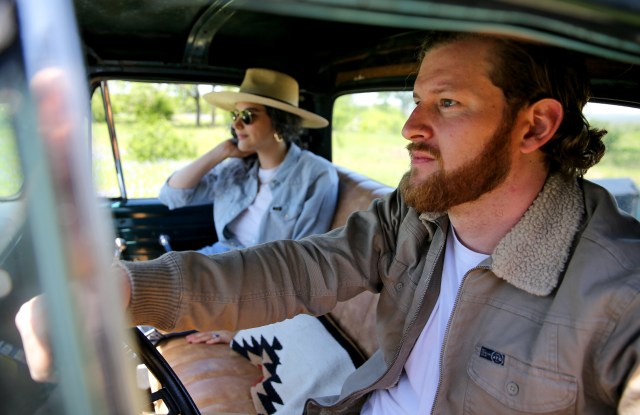 The Great Outdoors Is Having a Moment in Fashion – WWD