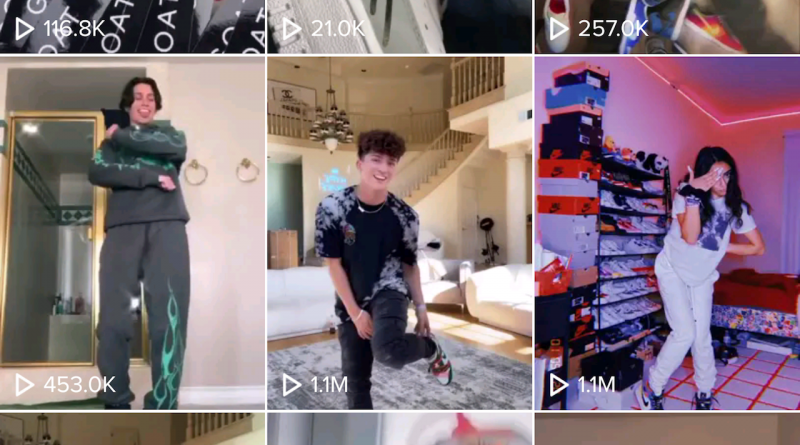 With its large youth audience and informal nature, TikTok seems like a perfect platform for streetwear brands to engage with young customers. But the biggest brands in sneakers and streetwear post sporadically or aren’t there at all. Resellers, on the other hand, are building followings.

Brands and resellers in streetwear have often had an unspoken, mutually beneficial relationship, but there have been rifts in the past. By ignoring TikTok now, brands could lose out both on driving sales and owning their brand’s voice on the platform.

For example, Nike, despite being the dominant brand in the sneaker space, has only a cursory presence on TikTok. The company’s account posted regularly, almost every day, starting in February, then posted only two videos in March, then nothing until Monday. Most of its videos feature athletes like Giannis Antetokounmpo in short comedic videos or showing off their athletic prowess. Nike did not respond to request for comment on this story.

Other brands like Adidas and Louis Vuitton have accounts but have not posted any videos, while Supreme and Off-White, arguably two of the biggest brands in all of streetwear, don’t have a presence at all.

Champion has no official, international presence, yet Champion Australia & New Zealand has an account. It posts giveaways and content in the form of dance videos and product showcases with influencers like Jackson Jansen and Lakota Johnson, who have 1 million and nearly 2 million followers on TikTok, respectively. David Robertson, Champion’s director of brand marketing, said the team has “closely monitored TikTok’s growing popularity in the social space” and has “plans to expand our engagement with the platform this year.”

Streetwear resale companies have done a far better job of making their presence known on TikTok. Where brands have been quiet, resellers have amassed large followings and begun working with well-known streetwear influencers like Michael Pelchat, a TikTok influencer with 2 million followers. He’s worked with streetwear companies like GOAT and apps like Bopdrop.

GOAT has nearly half a million followers of its own, thanks to regular posts and collaborations with big name influencers like Tony Lopez (who has more than 20 million followers of his own), mostly in the form of dance videos, product showcases and tutorials. StockX has more than 60,000 followers, thanks to its product showcases and tutorials, though the company has yet to work directly with any big name influencers.

Madison Hartman, Stadium Goods’ director of social media, said that the company started posting on TikTok in November after several months of conversations with the TikTok team on how to engage a new audience. She said the company saw positive results in audience growth and engagement almost immediately upon joining, amassing more than 50,000 followers in just a few months. (StockX started in June and GOAT in March.)

“We’re focused on using TikTok as a launchpad for new ideas,” Hartman said. “From the jump, we wanted to give our followers a look behind the scenes at Stadium Goods. Since launching, we’ve featured employees from almost every branch of the company and even our office dog, a Pomeranian named Coco, who helped us rack up 500,000 views with one video. With so many people staying home during Covid-19, we pivoted to piloting new video series at home, including sneaker unboxings and guides for sneaker styling. We also closely monitor the latest TikTok trends for content ideas that fit our voice.”

Hartman said that the company’s TikTok audience is smaller than on Instagram, but more engaged; it’s seen higher levels of participation in its polls, surveys and comments.

So if the resellers are seeing success on TikTok, why aren’t the brands trying it? None of the brands mentioned in this story agreed to comment, but analysts have a few theories. It might just be that TikTok is too new and untested for streetwear brands and the ongoing pandemic is making them hesitant to try new things.

“First-mover brands are always in the minority, and most brands take a wait and see approach to new platforms to see if they gain traction and staying power, and provide the right marketing opportunities,” said Jonathan Treiber, CEO of RevTrax. “Brands initially were hesitant about Instagram, too. There’s a sweet spot for brands and platforms where brands want a platform that has enough proof points but is still cool and novel enough for them to spend the time learning a new platform and entrusting the new platform with their brand.”

There’s also an element of measurability that might make some brands hesitant to invest.

“Instagram is quite robust for brand advertising. It ties to the Facebook platform, and the targeting is incredibly specific and detailed in terms of what can be done if you are a brand looking to advertise,” said Claude Zdanow, CEO of marketing agency holding company Stadiumred Group. “TikTok is almost the opposite, where it is much more of a broad stroke media play, where brands can pay for very expensive media buys that are broad with very little targeting of who sees the ad.”

Brands in the beauty industry like Peace Out Skincare have seen huge success — including a fourfold increase in sales — from working with influencers on the platform. Even without paying for ads, organic reach is strong. The resellers spoken to for this story have all focused on organic over paid media. And according to the resellers, there’s no reason not to think that TikTok is a viable platform to connect with people about streetwear.

What ever happened to American Apparel? – Glossy 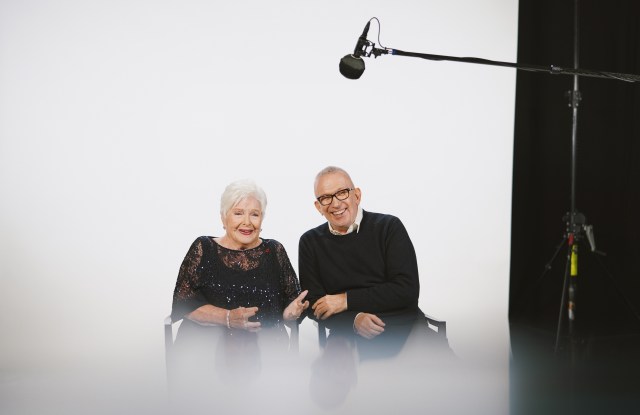