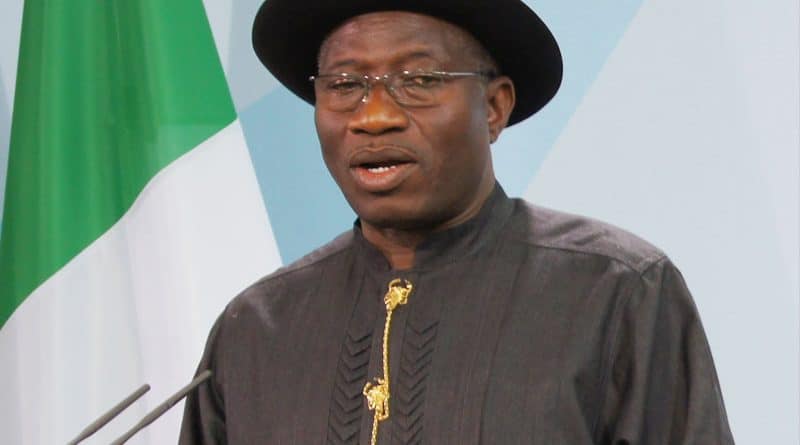 Former President, Goodluck Jonathan, will lead other West African leaders to coup-torn Mali today in fresh attempt for solution to the political crisis in the West African country.

Mali’s elected President, Ibrahim Keita, was overthrown on Tuesday by mutinying soldiers, who took him, and Prime Minister Boubou Cisse, as well as other senior officials into custody.

In a related development, the United Nations said yesterday that it had gained access to ousted President Keita while rebel troops said they had released two other detained leaders, in developments that followed mounting international pressure on the new junta.

The coup sent shockwaves around West Africa, sparking fears that one of the region’s most volatile states, and a frontline in the fight against jihadism, could collapse.

Diplomatic sources confirmed that the new ECOWAS delegation, led by Jonathan, is expected to arrive in Bamako today (Saturday) with plans “to negotiate the immediate release of Keita and to also ensure the restoration of constitutional government.”

Jonathan, who is ECOWAS Special Envoy to Mali, alongside 14 other leaders in the region, will meet with the junta leaders, including Assimi Goita who had declared himself the head.

Reacting to the request for a meeting with the leaders, a junta official told AFP: “We will receive the ECOWAS delegation with pleasure… it is important to talk to our brothers.”

Earlier on Tuesday before the coup, Jonathan while briefing President Muhammadu Buhari, said Mali’s main opposition group, M5, was adamant on its call for the resignation of Keita.

Keita, who later appeared in a state television broadcast on Wednesday, declared the dissolution of the government and National Assembly and said he had no choice but to resign with immediate effect.

“If it pleased certain elements of our military to decide this should end with their intervention, do I really have a choice? (I must) submit to it, because I don’t want any bloodshed,” the 75-year-old said.

The United Nations, African Union, Economic Community of West African States, amongst others, had since condemned the coup.

ECOWAS had on Thursday announced that it would dispatch a high-level delegation “to ensure the immediate return of constitutional order.”
It also demanded that Keita be restored as president and warned the junta that it bore “responsibility for the safety and security” of the detainees.

The United Nations said yesterday that it had gained access to Mali’s ousted president, while rebel troops said they had released two other detained leaders, in developments that followed mounting international pressure on the new junta.

“Last night, a team from UN Multidimensional Integrated Stabilisation Mission in Mali (MINUSMA) #HumanRights went to #Kati in the framework of its mandate to protect human rights and was able to gain access to President Ibrahim Boubacar Keita and other detainees,” the UN peacekeeping mission said.

Kati is a military base near the capital Bamako where the detainees were taken during Tuesday’s coup in the troubled West African country.

According to Radio France International, the 75-year-old ousted leader, who “looked tired but relaxed” has no access to TV, radio or phone.

The other detainees are reportedly being held at a training centre, where they are sleeping on mattresses and watching television, according to witnesses.

Separately, a member of the junta, speaking on condition of anonymity, said it had authoritised a “UN human rights mission” to visit all 19 prisoners in Kati, including Keita and Prime Minister Boubou Cisse.

“Two prisoners have been released. There are still 17 in Kati. This is the proof that we respect human rights,” the junta member said.

Rebel soldiers seized Keita and other leaders after staging a mutiny at Kati, a base about 15 kilometres (nine miles) from Bamako.

They named their organisation the National Committee for the Salvation of the People, under the leadership of a colonel named Assimi Goita, and vowed to stage elections “within a reasonable time.”

The coup is Mali’s second in eight years, and deals a bloody blow to a country struggling with a jihadist insurgency, moribund economy and deep public resentment over its government.

A putsch in 2012 was followed by an insurrection in the north of the country which developed into a jihadist insurgency that now threatens neighbouring Niger and Burkina Faso.

Thousands of UN and French troops, along with soldiers from five Sahel countries, have been deployed to try to stem the bloodshed.

The junta’s spokesman, Ismael Wague, said on Thursday that “a transitional council, with a transitional president who is going to be either military or civilian” would be appointed.

The transition “will be the shortest possible,” he told France 24 television.

Meanwhile, Opposition supporters flooded into Bamako’s central square yesterday to celebrate the overthrow of Keita, where they were warmly praised by the country’s new military rulers.

Thousands gathered in the capital’s Independence Square, the birthplace of a month-long protest, many of them draped in Mali’s national flag and blasting vuvuzela horns.

They rallied three days after mutinying troops seized the country’s unpopular 75-year-old president, forced him to announce his resignation and unveiled a junta that would rule until a “transitional president” takes over.

In contrast to fierce condemnation abroad at the overthrow of an elected leader, many in the square were jubilant and shouted their approval when the junta came to pay tribute for the public’s part in the drama.

“We have come here to thank you, to thank the Malian public for its support,” the junta’s spokesman, Ismael Wague, told the crowd.
“We merely completed the work that you began and we recognise ourselves in your fight.”

Keita’s downfall came after months of protests, staged by a loose coalition called the June 5 Movement, that were fuelled by anger at failures to stem a bloody jihadist insurgency, revive the economy and tackle corruption.

“I am overjoyed! We won. We came here to thank all the people of Mali because this is the victory of the people,” said opposition supporter Mariam Cisse, 38.

“IBK has failed,” he said, using a common reference to the ousted president by his initials. “The people are victorious.”

But, he cautioned, “The military should not be thinking now that they can stay in power.”

Yesterday’s “victory rallies” had initially been scheduled as the latest round of protests to force out Keita by the June 5 Movement, also called the M5-RFP.

The movement – a loose alliance of parties, religious leaders and grassroots groups – has given a broad welcome to the president’s fall.

Some of the placards brandished in the rally reflected resentment at perceived foreign interference in Mali’s affairs.

One read, “ECOWAS, a union of heads of state serving personal interests,” a reference to the 15-nation regional bloc that has led the condemnation of the coup and stands by Keita.

There will be “no further training or support of the Mali armed forces — we have halted everything until we can clarify the situation,” the US special envoy for the Sahel, J. Peter Pham, told reporters.

“It’s not clear which forces are involved in the mutiny, who is involved specifically, where loyalties lie,” he said.

Pham said the US government, which is particularly concerned about Islamist jihadists carrying out attacks in the country, was in contact with the junta, which calls itself the National Committee for the Salvation of the People.

“These contacts are operational. They do not imply recognition but acknowledgment that these people are to a certain degree in control of certain things,” Pham said.

The takeover – Pham avoided the term “coup” – “is certainly not going to help,” he said, as the United States and other countries work together with the Malian military to combat Al Qaeda and Islamic State-linked groups conducting attacks in the region.

Washington currently provides surveillance and logistical support for French troops in the country conducting operations against the extremists.

He reiterated the US demand that Keita be released, noting his age and poor health.

“He is the legitimately elected head of state,” Pham said.