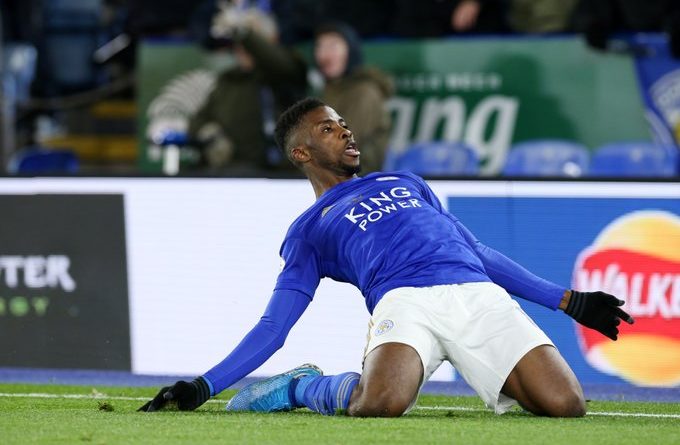 The Super Eagles star has also scored another five goals in both the League Cup and FA Cup, which means he has reached double figures for the first time since his debut campaign in 2014/2015 season.

However, it should be recalled that he had a difficult start to the season as he had to wait until the beginning of December before he made his first league appearance.

Before then, Iheanacho only featured in two league cups and had lost his place in the Super Eagles squad. His career at the King Power appeared to be over until that moment against Everton last December.

The former Manchester City striker came on to inspire Leicester’s comeback victory, setting up Jamie Vardy’s equalizer before scoring the winner in the 96th minute.

The match turned out to be the turning point in Iheanacho’s season as he has gone to make 16 more appearances, starting ten of those games.  But while he has managed to turn it around, the 23-year-old still needs to decide on his future this summer.

Although it seems unlikely he would leave as Leicester City haven’t said anything about selling him, Iheanacho needs to decide if he wants to be known as just a bit-part player or the main guy.

Since he made his debut in England, Iheanacho has always played the role of replacement striker. During his time at Manchester City, Iheanacho made 63 league appearances at the club, but just 12 of those games came as starts.

This season, Iheanacho his Leicester City’s second-highest goalscorer behind Jamie Vardy, but his scoring ratio is better than the Englishman.

Iheanacho has a ratio of 118 minutes per goal, which is better than Vardy’s 122 minutes per goal. But despite his impressive scoring ratio, Iheanacho is still not trusted enough by Brendan Rodgers.

While Vardy is undroppable, Harvey Barnes and Ayoze Perez,  Leicester’s other strikers, have clocked in more minutes than Iheanacho despite scoring fewer goals than the Nigerian.

Even in games where he was handed a start, his name comes up first anytime Rodgers wants to make a tactical switch.

And that’s why it’s not a surprise that he has only completed the full 90 minutes twice in the 17 league games he has played this season.

In the draw against Arsenal last week, the 23-year-old was taken off despite Leicester being a goal down but with a man advantage.

It was also a similar case in the clash against Norwich early this season, and the 4-1 loss to Bournemouth on Sunday night.

Recently, Rodgers revealed Leicester City would try and bring in a new striker next season despite Iheanacho’s improvement in form.

When asked if Iheanacho’s form means the club will not sign a new striker next season, Rodgers said: “It’s something we’ll look at. Kelechi has done brilliantly. He needed confidence. As he’s gained that, you’ve seen his strengths. He’s scored goals.

“He loves his football. We are looking currently because each season you want to improve.”

Rodgers’ latest comments suggest he does not believe Iheanacho is good enough to lead Foxes attack even though he acknowledged his brilliance in front of goals.

Vardy is still the club’s first-choice striker, but his advanced age means Rodgers is looking for an able deputy, and he’s not particularly convinced that Iheanacho is the man.

This is not to dismiss his ability as a striker, but the possibility of Leicester bringing a new attacker means there’ll be more competition up front, and could limit his chances for more game time.

He can also play behind as a number ten, but that role is reserved for James Maddison, and that leaves him with a decision to make.

Even though he’s still at a young age, The Nigerian has been around for a while, and currently at the stage where he should be playing more games.

Although the Super Eagles star will still feature next season if he stays at Leicester, however, in what capacity?  He will need to decide between coming on as an impact sub or moving to a club where he’ll start more games.