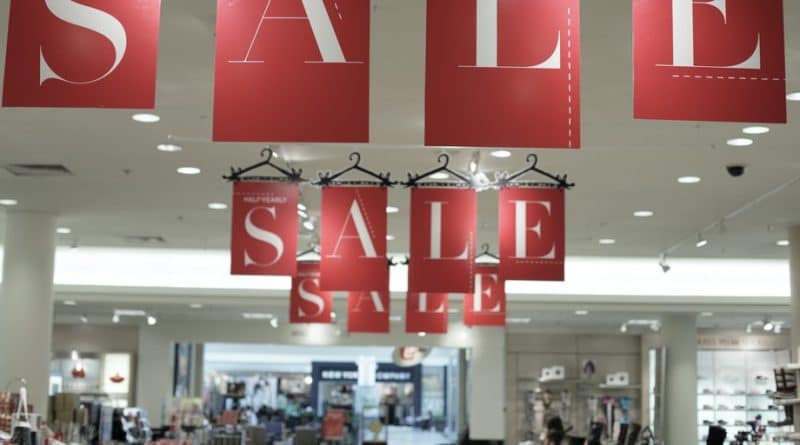 Once or twice a year, select customers receive invitations to book appointments at boutiques and department stores to shop the prior season’s shoes, jewellery, ready-to-wear, scarves and accessories at 40 percent off.

Those not on the VIP list have to hope rarely-discounted pearl brooches, tweed blazers and cap-toed square heels are still available when the sale opens to the public. At department stores, sales associates don’t always indicate which jewellery and accessories are marked down, so if you aren’t in the know, you might miss out entirely.

This type of secrecy creates a frenzy, said Hayley Corwick, the blogger behind the fashion website Madison Avenue Spy, which has been tracking fashion discounts and sample sales for more than a decade. Chanel declined to comment.

“The Chanel sale is one of my biggest traffic drivers because it just makes everyone frantic,” said Corwick. “It’s word of mouth and the sales associates are also super strict about posting online, so everyone is falling on their face to get in and see what they can buy.”

Chanel’s discounting strategy would be hard for most brands to replicate – few can count on the same fervour from their customers. Many labels take the opposite approach, offering near-continuous sales that may boost revenue but at the expense of profit margins and reputation. This year-round sale strategy has only worsened during the pandemic, as companies grow increasingly desperate to move inventory that went unsold during the spring lockdowns.

But holding the right kind of sales can also boost profits and get shoppers excited. Now that fashion consumers are hesitatingly trickling back into stores, it’s crucial for brands to figure out how they can make their sales events pop. Retail and shopping experts say there’s an art to balancing frequency, price and merchandise.

The Sale That’s Once or Twice a Year

In fashion, “the well has been poisoned” by discounting, said Michael Solomon, a consumer behaviour consultant who has worked with H&M, Levi’s and Under Armour.

“Throwing constant sales events is a short-term strategy that will get a brand a very short shelf life,” he said.

Throwing constant sales events is a short-term strategy that will get a brand a very short shelf life.

“Consumers are more inclined to spend when there’s a sale that feels rare,” Karen said. “It creates an adrenaline rush to push them and buy right now.”

“They have less power because the shoppers know the discounts will always be there,” she said. “They won’t trust the store to actually be delivering unique savings.”

Some retailers try to have it both ways, holding frequent sales but marketing a select few as must-shop events.

Consumers are more inclined to spend when there’s a sale that feels rare.

Nordstrom’s Anniversary sale is heavily hyped each August. The retailer can see website traffic spike as much as 80 percent during the event.

The Seattle-based department store chain offers plenty of discounts throughout the year. But it still heavily markets the Anniversary sale as a once-a-year extravaganza — Adweek even dubbed it “the Super Bowl for fashion influencers” because so many post about the event in order to earn a commission.

“It’s the type of event that has people circling the date on their calendars,” said Robert Spector, retail expert and author of “The Nordstrom Way.”

Amazon Prime Day follows a similar model. The site offers thousands of deals every day, but customers spent over $7 billion during last year’s sale. This year’s Prime Day has been postponed, and Amazon has not yet shared when the sale will happen.

Chanel’s private sale is designed to play on consumers’ desire to feel like part of the in-crowd, Karen said.

“It makes shoppers feel like they were selected, like they are part of a group,” said Karen. “There’s a sense of euphoria with that type of access.”

Brands use a variety of tactics to make a sale feel exclusive. Saint Laurent has sent certain shoppers passwords to access discounts early. Footwear brand M.Gemi held a sale in March where the brand notified customers on its email list or who followed its social media accounts. The sale wasn’t private, but some shoppers got advance notice it was happening.

Solomon said the promise of access can foster loyalty among shoppers, which ultimately helps a retailer’s bottom line. He pointed to the 80/20 rule, where for many brands, 80 percent of sales come from just 20 percent of customers. Exclusive shopping events convince those key consumers to spend more.

“It’s more expensive to attract a new customer than to keep an old one, and companies should be tending to loyal, existing ones,” he said. “The more you do to reward those customers, the more powerful their purchases will be.”

Nordstrom toys with this tactic by giving credit card holders early access to its Anniversary Sale. The company will even curtain off certain areas of the store during its pre-sale event.

The more you do to reward those customers, the more powerful their purchases will be.

“You can’t just send a mass email to everyone and tell them they are a special shopper that gets discounts,” he said. “You still need to preserve the integrity of that feeling.”

Offering Discounts — and Merchandise — That Are Actually Worth It

The most important factor in running a sales event is to have one that’s actually worth shopping.

“Shoppers do their homework, and they won’t just buy items that have a small markdown unless there’s actual value,” Corwick said.

“People are sitting at home, in between Zoom calls surfing, so price transparency has become an important part of pulling consumers into your shopping event,” he said.

Shoppers do their homework, and they won’t just buy items that have a small markdown unless there’s actual value.

The same goes for including merchandise that shoppers will actually want to buy. Spector believes one of the key reasons why Nordstrom’s anniversary sale is so successful is because it discounts new items.

“It’s a reverse psychology of a sale,” Spector said. “Nordstrom takes fresh stuff, not the end of season that they couldn’t sell because that’s what people want to buy.”

Solomon added that including old inventory to heavily-marketed sales events could also turn off shoppers.

“You will lose credibility because people’s BS detectors are pretty sensitive right now,” he said. “You’ve got to walk the walk and talk the talk. Sell what is actually in demand.”

The Case for Opening a New Store Right Now

How to Discount Smartly During Covid-19

What to Do With All That Excess Inventory