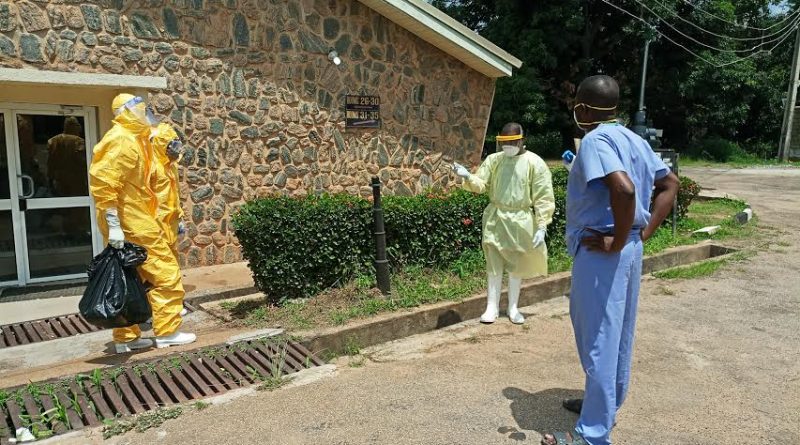 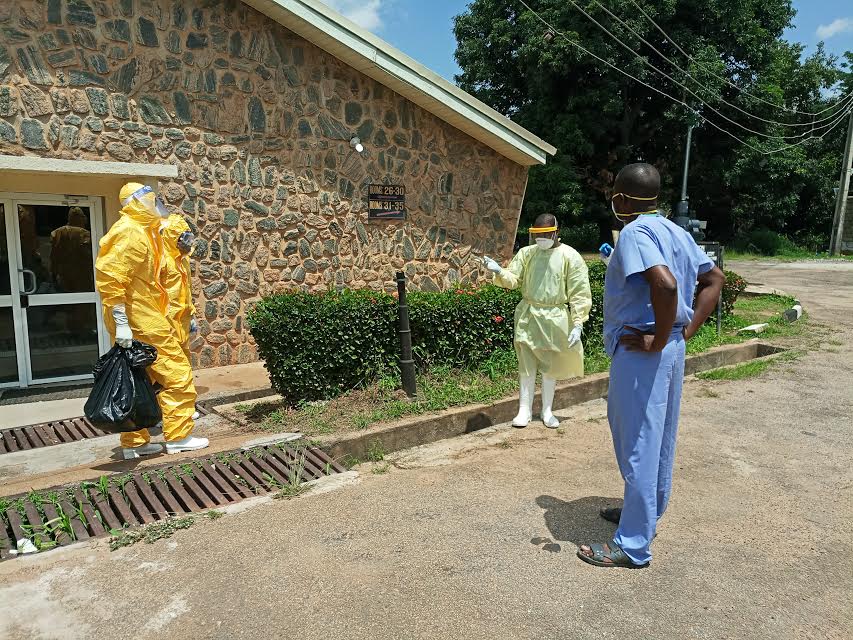 Ranked top six in the daily statistical table of the Nigerian Centre for Disease Control (NCDC), Kaduna State seems to be doing it best to keep the COVID-19 at bay, reportedly spending N400,000 per treated person on the average.

According to the NCDC update, by September 30, Kaduna State has recorded 2,407 laboratories confirmed cases, 47 on the admission, 2,321 treated and discharged while 39 persons died of the COVID-19 related cases.

Kaduna was the first State in Nigeria to announce a lockdown to check community spread of the virus after it recorded its index case in March. In May, the State Government approved daily incentives for frontline health workers, as well as provide them with additional insurance coverage for death and disability, though that has been contested by the concerned health workers who argue that no document was signed to enable their next of kin press for claims in cases of death.

When the news of the cost of treatment of COVID-19 patients was broken by Governor El-Rufai, who sought the support of the Northern traditional leaders who had converged in Kaduna for their meeting in early September, it generated a lot of controversies, particularly among critics.

The Commissioner for Health, Dr Amina Mohammed-Baloni, later presented a breakdown on how N400,000 is being spent per person to check the spread of the virus as many of the infected persons cannot afford the cost of treatment, which ranges from the cost of Personal Protective Equipment (PPE) to accommodation, drugs and allowances of the frontline health workers, among other expenses.

She disclosed how her Ministry availed the Governor of the cost the State Government was incurring in treating its citizens infected with COVID-19 – with these costs ranging from N400,000 to N436,000 per patient.

‘From zero testing labs in March 2020, the State now has three molecular labs, one of which is private. The other two are in the Yusuf Dantsoho Hospital, Kaduna, and Ahmadu Bello University Teaching Hospital, Shika.

‘Kaduna State also acquired 10,000 test kits for its GeneXpert machines. The Government also used a mobile testing vehicle that was temporarily donated to the State to move around the Local Government Areas for enhanced community testing.’

On the personnel side, the Government has paid the agreed incentives for its frontline health workers and continues to provide decent care in its treatment facilities.

She listed some that the cost components to include material and personnel costs for diagnosis and treatment, and the healthcare infrastructure that supports the capacity to trace, test and treat people.

The breakdown brought the total expenditure to N436,457 per COVID-19 patient, a figure that has been highly contested. For example, while she claimed 14 days treatment, many of those who have been treated spent between five to seven days at the treatment facilities.

Meanwhile, the State was in the process of fresh recruitment to bridge the gap between the health personnel and the recommended number of patients when the COVID-19 pandemic that disrupted global occurred and shifted attention to emergency efforts to keep the spreading virus at bay.

With the addition of a planned 1,225, the figure will rise to 6,525, which is still grossly inadequate to cater for the basic health needs of about 10 million people spread across the State’s 23 Local Government Areas.

The deficiencies, according to a preliminary investigation, are as a result of retirements, deaths and recruitment over a long period of time. This means the remaining 818 facilities are likely being manned by insufficient and unqualified health workers as seen in some circumstances.

A credible source within the health sector who spoke in confidence said the recruitment, which will be in batches, was to scale up minimum workforce for 255 facilities which are currently being upgraded in each of the State’s administrative wards.

According to this source, State Governor Nasir El-Rufai approved the recruitment of 3,059 critical health workers for the 255 primary health centres which need to be upgraded to referral centres based on the funding formula of 60/40 (Local Government to contribute 60 per cent while the State contributes 40 per cent).

But since it is not the only State that will fund and sustain the recruitment, it was advised that the recruitment be done in three phases of 40/40/20 so that Local Governments can absorb the numbers, since they have existing financial responsibility.

‘That analysis projected that 700 nurses are recruited in this first phase but only about 400 of them applied. If more of them have applied, they would have been prioritised.

‘In all these efforts, the State is spending a lot of money on those that were infected by COVID-19 as well as other steps to check the community spread of the virus. These spendings are emergencies.

‘However, the idea of the ongoing recruitment is basically to see that, while attention on COVID-19 is being prioritised, the Government is also working to ensure other services at the primary level are not neglected,’ the source shared.

In a key informant interview, the Co-chair, Kaduna Maternity Accountability Mechanism (KadMAM) and Open Government Partnership (OGP), Mallam Mustapha Jumare, expressed concern over whether the State would have the required numbers to fill the personnel vacancies.

Jumare’s doubt was premised on the reality of migration of qualified health workers to neighbouring States and even outside the country, where pay is better and there is more access to improved medical equipment to work with.

‘We don’t even know whether they are going to get the number. Only God knows. The figure is never going to meet up with the requirements for the PHCs even for the 255 PHCs only let alone of other PHCs,’ he said.

‘Kaduna State Primary Health Care Development Agency (KADPHCDA) did the risk analysis and found out what they needed, which is 3,059 mixed health workers for the 255 facilities.

‘Some of those that applied earlier have found their way out to places like Saudi Arabia where they can get more money and equipment to work with because even the payment for Kaduna does not near what States like Zamfara are paying.

‘The Government needs to look inward and recruit these people because the number cannot even meet up with the requirement for the 255 alone which Kaduna State has committed itself to.

‘The 3,059 is just the minimum. There are PHCs that are manned by JC and there are some without midwives at all. So, how will our indices reduce?,’ he asked.