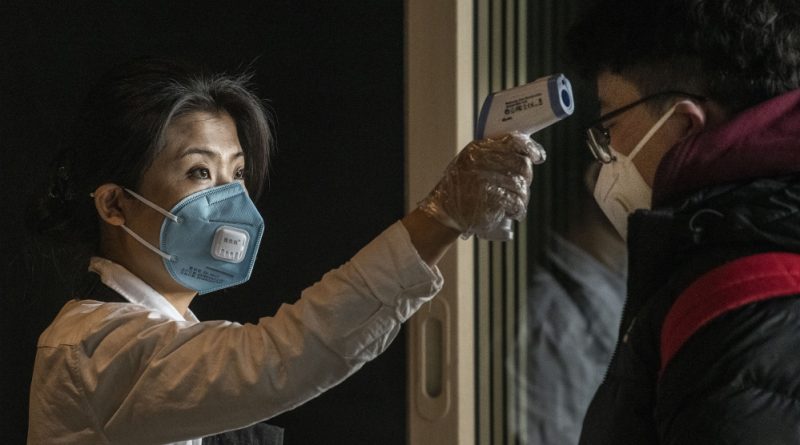 More than 24,500 people worldwide have been infected by the new coronavirus, which continues to spread to more countries since it was first detected in the Chinese city of Wuhan in early December.

At least 490 people have died so far in mainland China, one more in Hong Kong and one in the Philippines. Almost all the fatalities in China have been in Hubei province, of which Wuhan is the capital.

Here is what you need to know:

How is the coronavirus spreading?

The 2019-nCoV coronavirus spreads from person to person in close proximity, similar to other respiratory illnesses, such as the flu.

Droplets of bodily fluids – such as saliva or mucus – from an infected person are dispersed in the air or on surfaces by coughing or sneezing.

These droplets can come into direct contact with other people or can infect those who pick them up by touching infected surfaces and then their face.

According to scientists, coughs and sneezes can travel several feet and stay suspended in the air for up to 10 minutes.

It is not yet know how long the virus can survive outside a host, but in other viruses, the range is between a few hours or months.

Transmission is of particular concern on transport, where droplets containing the coronavirus could pass between passengers or via surfaces like plane seats and armrests.

The incubation period of the coronavirus, the length of time before symptoms appear, is between one and 14 days.

Although not yet confirmed, Chinese health authorities believe the virus can be transmitted before symptoms appear.

This would have major implications for containment measures, according to Gerard Krause, head of the Department for Epidemiology at the Helmholtz Centre for Infection.

“It’s unusual for respiratory diseases transmissible even before the first symptoms have occurred,” he told Al Jazeera.

“But the consequences is that if it happens then they have no public health means to sort out or to identify people at risk of transmitting, because they don’t even know that they’re ill yet.”

Can people be immune to the new coronavirus?

Although the total number of deaths has risen, the current mortality rate stands at about two percent – this is lower than first feared and well below Severe Acute Respiratory Syndrome (SARS), another coronavirus that broke out between 2002 and 2003, which killed 9.6 percent of those infected.

As the virus is an entirely new strain, it is believed that there is no existing immunity in anyone it will encounter.

Some level of immunity will naturally develop over time, but this means that those with compromised immune systems, such as the elderly or sick, are most at risk of becoming severely ill or dying from the coronavirus.

How can people protect themselves? Are face masks useful?

In terms of self-protection and containing the virus, experts agree that is important to wash your hands frequently and thoroughly with soap; cover your face with a tissue or your elbow when coughing or sneezing; visit a doctor if you have symptoms; and avoid direct contact with live animals in affected areas.

While face masks are popular, scientists doubt their effectiveness against airborne viruses.

Masks may provide some protection to you and others, but because they are loose and made of permeable material, droplets can still pass through.

Some countries, such as the United Kingdom and Nigeria, have advised people travelling back from China to self-quarantine for at least two weeks.

What is being done to stop the spread, and when will a vaccine become available?

China has placed Wuhan and more than a dozen other cities under lockdown, affecting more than 50 million people, although this has not prevented the virus from spreading to all of China’s provinces.

As the number of confirmed cases continues to rise, businesses and countries are taking increasingly drastic action.

Tens of airlines have halted flights to China, while a number of countries are evacuating their citizens from Wuhan and Hubei.

Several countries have closed their borders with China, while others have banned entry to Chinese citizens.

Person-to-person transmission has been confirmed in several countries, which WHO emergency chief Michael Ryan has called a “great concern”.

Even with recent advances in medical technology, it is unlikely a vaccine could be available for mass distribution within a year.

Restrictions on movement will not stop the spread of the disease entirely but will slow its progress and buy time for areas that have avoided infection to prepare. It will also limit the strain on health infrastructure by reducing the number of infections at any one time, said Krause.

How serious is this epidemic?

Given the response and effect, the new coronavirus is being treated as a serious concern.

The infection is now more widespread than the 2002-2003 SARS episode, which also originated in China, in terms of affected people but not deaths.