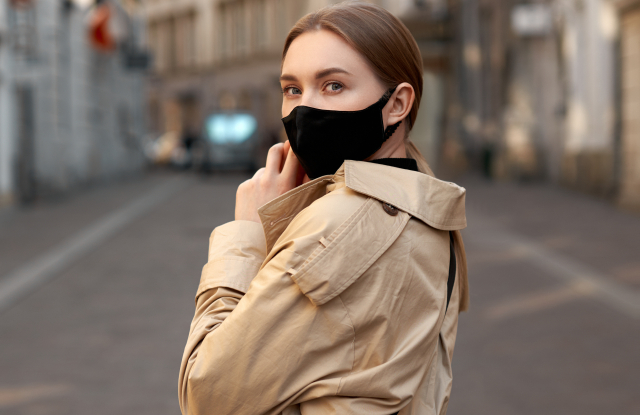 As recent as this past February, influencers’ social media pages were full of imagery of global fashion weeks, giving eager followers behind-the-scenes looks and glimpses into exclusive after parties. Today, these same social media pages look quite different, reflecting instead on a longer period spent at home that spotlighted family members rather than designers or celebrity insiders.

Since becoming a staple in the fashion industry, influencers have also been a continued access point for brands to reach wide audiences. And early reports stated that although influencer marketing would change during the pandemic it could prove to be extremely powerful amid the crisis. According to Influence Central, since the onset of COVID-19, 64 percent of consumers are doing all clothing and apparel shopping online and thus causing direct impact on how brands and the influencers they work with will engage followers and drive shopper marketing.

“The influencers aren’t the only player that should be pivoting strategy in this post-COVID-19 environment,” said Stacy DeBroff, chief executive officer of Influence Central. “From a marketing perspective, fashion brands need to shift from traditional advertising and catalogue marketing to invest in social media marketing and influencer engagements. This creates a new type of opportunity for brands collaborating with fashion influencers in social media campaigns. Social media platforms from Instagram to Pinterest have introduced myriad ways to shop from online pictures and influencer content. With online products accessible, consumers have an avenue to purchase themselves in the moment and without stepping foot in-store.”

Though with everyone’s lives being impacted over the last several months, will the same content be as meaningful to consumers?

Engagement on sponsored content is up, as social media users are left to their mobile devices while self-quarantining.
Shutterstock / Elena Rostunova

According to Dr. Carolyn Mair, behavioral psychologist, business consultant and author of “The Psychology of Fashion,” it is important to note that this time has affected consumers’ priorities and values. “The crisis has highlighted what really matters when we’re not free to have what we want,” said Mair. “For many, this has meant a change in priorities from spending on nonessentials, such as fashion, to spending time with loved ones. Many people have embraced their natural selves rejecting social pressure to appear in a particular way.”

While Mair said it is difficult to predict whether people will revert to precrisis practices, many are likely to not revert. Still, influencers will always play an important role in inspiring consumers. “For example, if people want some guidance on how best to put an outfit together or do their makeup, then following an influencer who portrays the sort of lifestyle or look they aspire to makes complete sense,” said Mair. “Additionally, some people just want to daydream about living a glamorous lifestyle without wanting to live it in reality.”

In fact, due to the current economy, a recent consumer survey by Influence Central found only 12 percent of consumers are willing to pay for a brand-name label and 90 percent of respondents shared they are purchasing generic items. The company noted this “directly impacts fashion labels who have relied on brand name recognition to drive consumer recognition, purchase and loyalty.” Still, the company’s research found younger consumers continue to make online purchasing decisions based on first-person recommendations, making influencer engagement on social media platforms impactful.

Influence Central’s survey found that 88 percent of consumers value most cost savings right now. “In a global crisis, consumers resent overly aspirational content and instead look for influencers to sympathize with them and mitigate a collective exasperation,” said DeBroff. “Our current mantra at Influence Central is ‘the genuine influencer will reign post-pandemic’. This does not mean high-profile fashion influencers will be irrelevant, especially if that’s their genuine passion. However, they’ll need to take their followers’ feedback and personal budget struggles into account as they move forward in a post-pandemic climate.”

To be sure, people have undergone unprecedented amounts of change and crisis this year and a notable shift has been made to share and voice values.

“Values are always important, but have become explicitly so during the past few months,” said Mair. “First the coronavirus crisis and then the tragic killing of George Floyd. It’s not enough to hold values implicitly now. We have a responsibility to be explicit about what matters to us, to take action to protect others both from the virus and racism. Influencers need to show their values not only by what they say, but also by what they do and the brands they wear. When we wear a brand whose values align with our own, we support the brand and express our values clearly to like-minded.”

Further, Mair said, Influencers who do not take action in aligning with brands that represent consumers shared values will quickly be called out. And the sentiment goes beyond aesthetics as well as companies make moves to express values and purpose through words.

“It is more important than ever for influencers to align themselves with their followers values and the emotions of the [world],” said Ryan Detert, ceo of Influential. “Between the pandemic and the magnified racial injustices, much of the vanity and obsession with aesthetics is being replaced with awareness and thoughtfulness. If influencers don’t adapt to that, they will quickly lose credibility with their audiences.”

But will influencers’ social content become more meaningful rather than being rooted in aesthetics?

“Coronavirus and Black Lives Matter has certainly signaled a call-to-action for many influencers to use their voices for good and for substantive issues,” said Detert. “With the state of the world right now, influencers have to adapt and create meaningful content that is emotive, much more so than being rooted in aesthetics. Influencers are and will have to be much more creative and heartfelt in their content since the world is so different than it was even three months ago.”

And, said Detert, the movement for togetherness will reflect on how brands and influencers create content. “Some brands are nimble and see ways to build their equity by highlighting their stance on human rights and altruism using powerful and relevant voices,” said Detert. “Whether it’s supporting Black creators or integrating campaigns into BLM movements, as long as both the brand and the influencer are authentically putting out a message that rings true, we will see many branded activations.”

The pandemic has highlighted many inequalities that people globally have responded to, calling for justice and meaning. “I really hope we will be more caring,” said Mair. “Will we actually be more caring? It depends on many factors. Consumers have different world views, needs and attitudes. They have been affected in different ways as a result of the pandemic. Some may want to shop as soon as possible, others will decide they have no need to do so at least in the short term, and yet others may decide they will give up shopping for clothes for good. It would be wonderful if consumers become more caring, not only about how they spend their money but about the lives they live and legacies they leave.”

Coresight Research Report: Consumers Have Turned Against ‘Made in China’