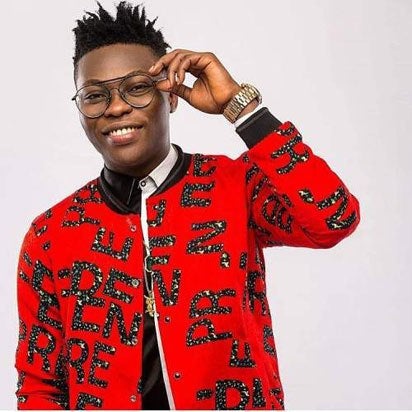 Whether you like to call him Reekado Banks or Reeky, the youngster definitely stole the hearts of music lovers as soon as he hit the spotlight.

The Nigerian singer, songwriter and recording artist were one of the most popular artists signed to Mavin Records until he left in 2019.

Reeky who was known as “Spicy” before he was signed to Mavin Records and became known as Reekado Banks was born Ayoleyi Hanniel Solomon.

The singer was born on the 6th of December, 1993 and the southwestern state, Ondo.

Reekado comes from a family of music lovers, as almost every member of his family is into music. His older sister is a gospel singer while his older brother is a music producer. Solomon’s parents are pastors.

He finished secondary school at 14 and went on to study History and Strategic Study at the University of Lagos.

A quick look at his career journey

The songwriter and singer began his music career in 2008 and recorded his first set of songs which were produced by his elder brother who also taught him the basics of writing songs, singing, and producing.

However, he got his big break in 2014 when he was signed by Don Jazzy to Mavin Records.

Reekado was picked by Mavin after his songs were selected from over five thousand songs submitted to the Record label in an online search for the latest talent.

Interestingly, the submission was made by his brother. In an interview, he revealed that his brother sent the songs and was in contact with them on his (Reekado) behalf without he even knowing about it.

Reekado Banks also revealed in an interview, that his musical journey, as usual, was full of is and downs.

According to him, upon informing his parents of his plans to fully pursue a career in music, he had to work to earn some money for his first record.

He said he sold blenders in traffic and also worked as a manual laborer at a construction site.

Reekado Banks released his first official single under Mavin Records, titled “Turn It Up” on the 21st of February, 2014. This was the same day he was signed by Don Jazzy to Mavin Records.

Awards in the bag

• 2015 Headies Award for Next Rated Artist

• 2015 City People Entertainment Award for Most Promising Act to Watch

Reekado Banks was signed as a Globacom brand ambassador in 2015 alongside some of his fellow Mavins Record artists.

As he continues to evolve in his art, we hope to see the best from him.