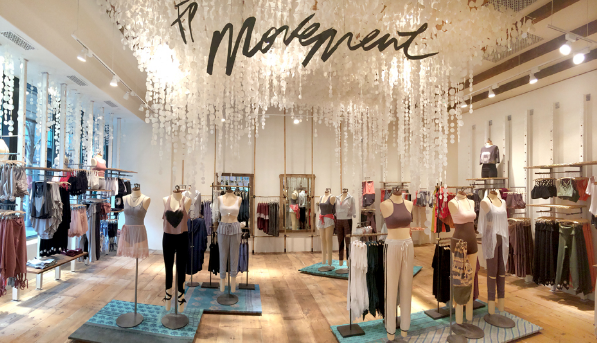 
FP Movement is getting into the brick-and-mortar game.

Free People’s activewear subbrand, which launched in 2014, is opening its first stand-alone location in Century City, Calif., an area of Los Angeles, on Oct. 16, followed by a second store in Boulder, Colo., on Nov. 27.

“When we created FP Movement, having stand-alone stores was always part of the equation,” Sheila Harrington, president of Free People, told WWD. “It’s a way to connect with the brand more fully. Digital, obviously, is very, very important. But the idea of being able to walk into a store, touch the product, connect with the people behind the brand, feels really important.

“In the stores you can touch [products], you can try it on, you can stretch it. You can see an edited collection and it’s refreshed as new goods come into the store,” Harrington continued. “Our brand is meant to be touched as well as looked at. But I think it’s the connection to the person in the store that’s the most differentiating. To be able to talk to a sales associate, who’s wearing the product and who knows the product, versus reading a review online.”

A rendering of the first stand-alone FP Movement store in Century City, Calif., set to open in October.
Courtesy

While it might seem strange to open a physical store right now, given the continued uncertainty around the coronavirus and concerns over social distancing, Harrington said the timing feels right. (The two stand-alone locations were scheduled to open earlier in the year, but were delayed with the onset of COVID-19.)

“Now, there’s no reason not to open,” she said. “The product is exciting to talk about and our community wants to get together. Welcoming her into the store, while an awkward time, feels like a nice thing to do. It gives us hope and feels good.”

Furthermore, ath-leisure and performance wear continue to be top-performing items, even during the pandemic. So much so that a number of brands have tried to put their own spin on the category in an attempt to take market share from sportswear giants like Nike, Adidas and Lululemon.

FP Movement is no exception. The activewear collection grew by triple digits online during the most recent quarter, helping offset losses and earn a quarterly profit for parent company Urban Outfitters Inc. at a time when many of its retail peers continue to register massive declines.

“This FP Movement division can be as big financially as our Free People brand is and even bigger,” Harrington said. “Right now we have organically grown this business. But we know the activewear space and this idea of living in an active world is really a big growth vehicle. So it’s not meant to take away from Free People, but be an additive part of our lifestyle brand.”

Frank Conforti, chief financial officer of Urban Outfitters, said during Goldman Sachs’ Annual Global Retailing Conference earlier this month, “We’re not asking for much more from [Free People]. They hit a record-low markdown rate and a healthy positive comp in the [last] quarter. If they could maintain or just fall off a couple of points from that we would be very happy.”

Even so, with all of the growth comes pressure to maintain momentum, from consumers and investors alike.

The first FP store, which will be located in the Westfield Century City mall in L.A., complete with large outdoor event spaces, “allows us to have the ability to not let what’s happening in the world interrupt what our vision is,” Harrington said.

The store, with about 1,500 square feet of selling space, will include information on wellness, along with bright colors and more images than a regular Free People store. Post-pandemic, Harrington said stand-alone locations will include various in-store activities, such as yoga, meditation and other community events.

“Until then, we can use the outdoor space,” she said. “The store is more of a pillar to connect with the community, whether it’s hosting events in the studio, or a community meet-up, or a running event. We’re excited that our first location is in L.A., where the weather is on our side. My hope is that it’s a new way of thinking about an activewear store.”

Meanwhile, a number of other brands — large and small — have been offering up unique retail spaces, some with built-in studios or dedicated workout areas, for some time, while also selling apparel. Aerie by Offline, intimates brand Aerie’s take on activewear, is opening two stand-alone stores this fall, for example. Nike opened its 22,000-square-foot Nike Rise store in China this summer. Lululemon Athletica has a studio for yoga classes in its Manhattan SoHo shop. Adidas’ London store features a running lab and immersive touch-screen product catalogues.

Harrington said what makes FP Movement unique is its point of view and an aesthetic that the customer is responding to.

“Activewear for the creative spirit, I think that really sums it up,” Harrington said. “Mixing that street-to-studio with the performance is a space that I don’t think is fully explored by some other brands. Whether it’s walking your dog, doing a workout, doing a group workout with friends, taking a hike and being adventurous. It feels like it performs, it takes care of you. But it’s not as serious.” 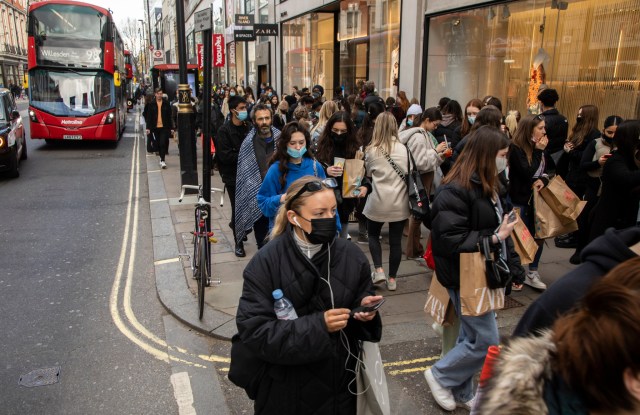 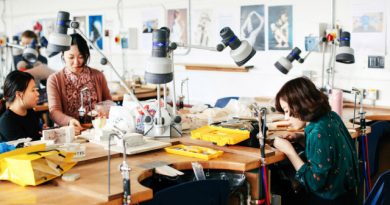 How Are Fashion Colleges, and Students, Coping in the COVID-19 Era?  – WWD