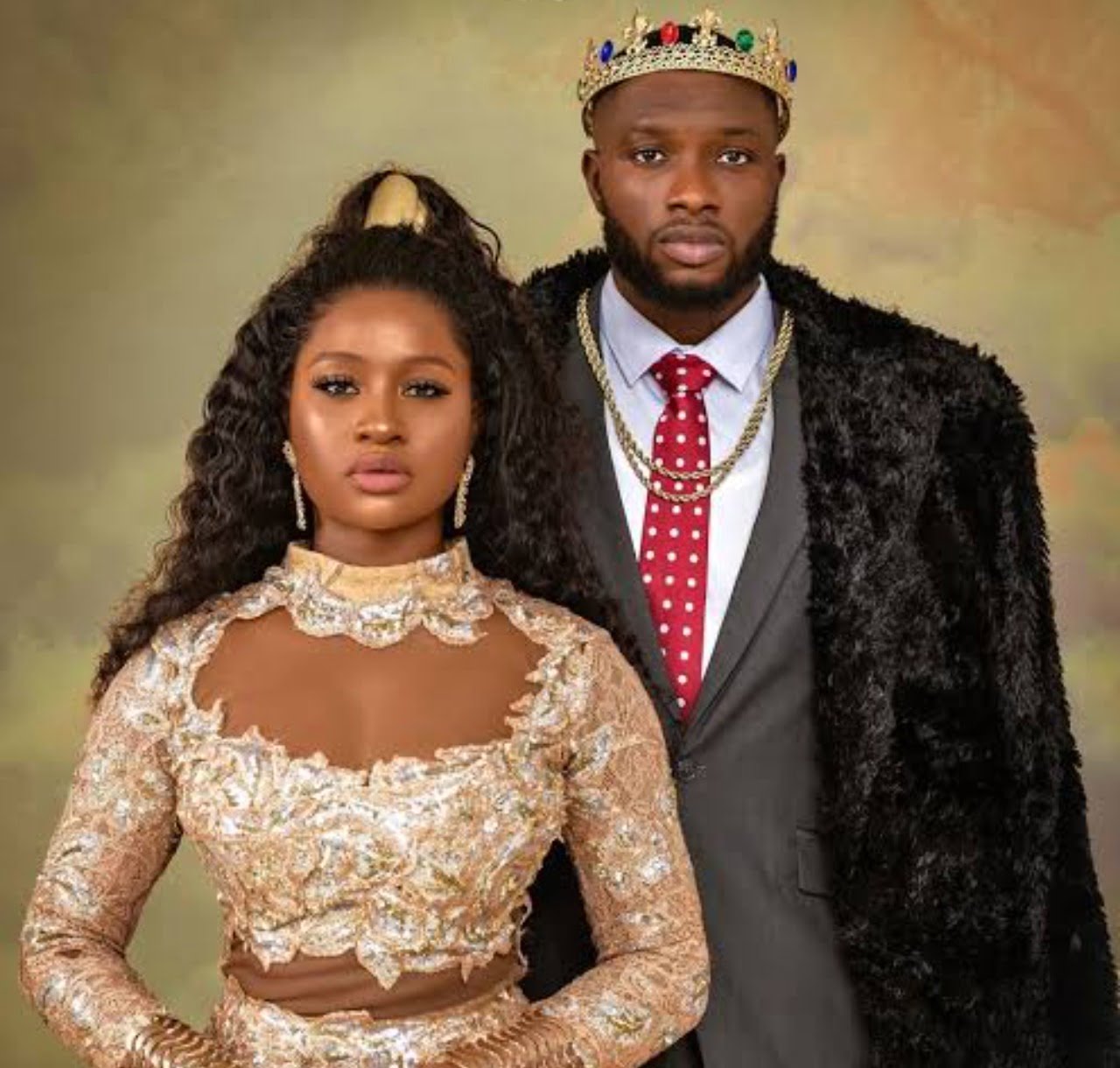 Former Mr Nigeria and Nollywood Actor, Emmanuel Ikubese and his popular makeup artist wife, Anita Adetoye have sparked rumours that their marriage may be in crisis.

This started after the couple unfollowed each other on Instagram and deleted their wedding pictures.

Rumour of the couple’s marriage crash is coming barely one year after they walked down the aisle.

Recall that Emmanuel and Anita got married in March 2020.

The rumours have sparked reactions from fans and concerned Nigerians on social media who hoped their breakup is false.

However, it is not clear if the couple decided to archive their pictures on Instagram as both parties are yet to make any official statement.

@Oby “This Anita Brows and Emmanuel Ikubese gist is sad to hear tho. They literally had one of the most beautiful weddings just in March 2020. I hope they’re both ok sha.”

@Aabisodun “This Emmanuel ikubese and Anita brows breakup gist is so sad, during the lockdown they were so cool. She’s even changed her other business names from aik to ab.”

@Abimbolaaudrey “This Anita brows and Emmanuel break up better be a lie.”

@Damieikeji”I hope this thing I just saw on instablog about Anita brows and Emmanuel isn’t true. The wedding isn’t even up to a year.

@Forlami “So just like that. Anita brows and Emmanuel ikubese has separated. Dated for years and Marriage isn’t even up to a year. There’s no script to this thing called marriage I swear.”

@Unoaku “Anita brows and her husband deleted their wedding pictures on IG . Abeg no be last week them just marry ?

@Estyessnetials “Anita Brows and Emmanuel might both just decide to archive the pictures, they might not even delete them just archive. We should all be calming down for these people, they have their private lives and we should respect it.”

@Preciousjaja “I hope what I’m hearing about Anita brows is not true.”

@Sucystar “In the next generation to come marriage might not be a thing anymore. loved Anita brows and Ikbese.”