Around the world, the United States has always been a controversial power. Even in its glory days after the Second World War, the country was both admired and vilified for its foreign policy. But global consumers were far more united in their love for America’s culture, from its music to its movies, and the underlying concepts of freedom, rugged individualism and equality of opportunity that powered the American Dream.

This is the cultural substrate that gave birth to iconic American fashion brands, from accessible luxury labels like Ralph Lauren to denim-makers like Levi’s. Mr Ralph Lauren, born Ralph Lifshitz to Ashkenazi Jewish immigrants to the Bronx, lived his own American Dream, rising to riches and becoming fashion’s closest analogue to Walt Disney as he conjured a world of aspiration rooted in a look that was part New England upper crust, part Western cowboy. Meanwhile, the rise of blue jeans pioneer Levi’s — adopted by everyone from miners, cowboys and railroad workers to greasers, rockers and hippies — was inextricably linked to a potent blend of democratic, rebel-infused Americana. Such was their allure that, in the Soviet era, Levi’s were routinely smuggled behind the Iron Curtain, symbols of much more than mere style.

The Trump years have done tremendous damage to America’s prestige in the world, culminating in the spectacle of a costumed, right-wing mob storming the seat of the country’s democracy, a display that some global commentators likened to the sacking of Rome by the Visigoths. For consumers around the world, there was never much to admire in Trump and his divisive ‘America First’ agenda, from its white nationalism to its realpolitik-meets-reality show embrace of political strongmen to its belligerent approach to trade with China.

And yet a shinier and more hopeful America was on display at the Capitol this week, as Joe Biden and Kamala Harris were sworn in as the country’s new President and Vice President, sharing a stage with young, Black, Prada-wearing poet Amanda Gorman at an inauguration ceremony that appealed to unity and broke gender and racial barriers.

Can a changing of the guard make America aspirational again? 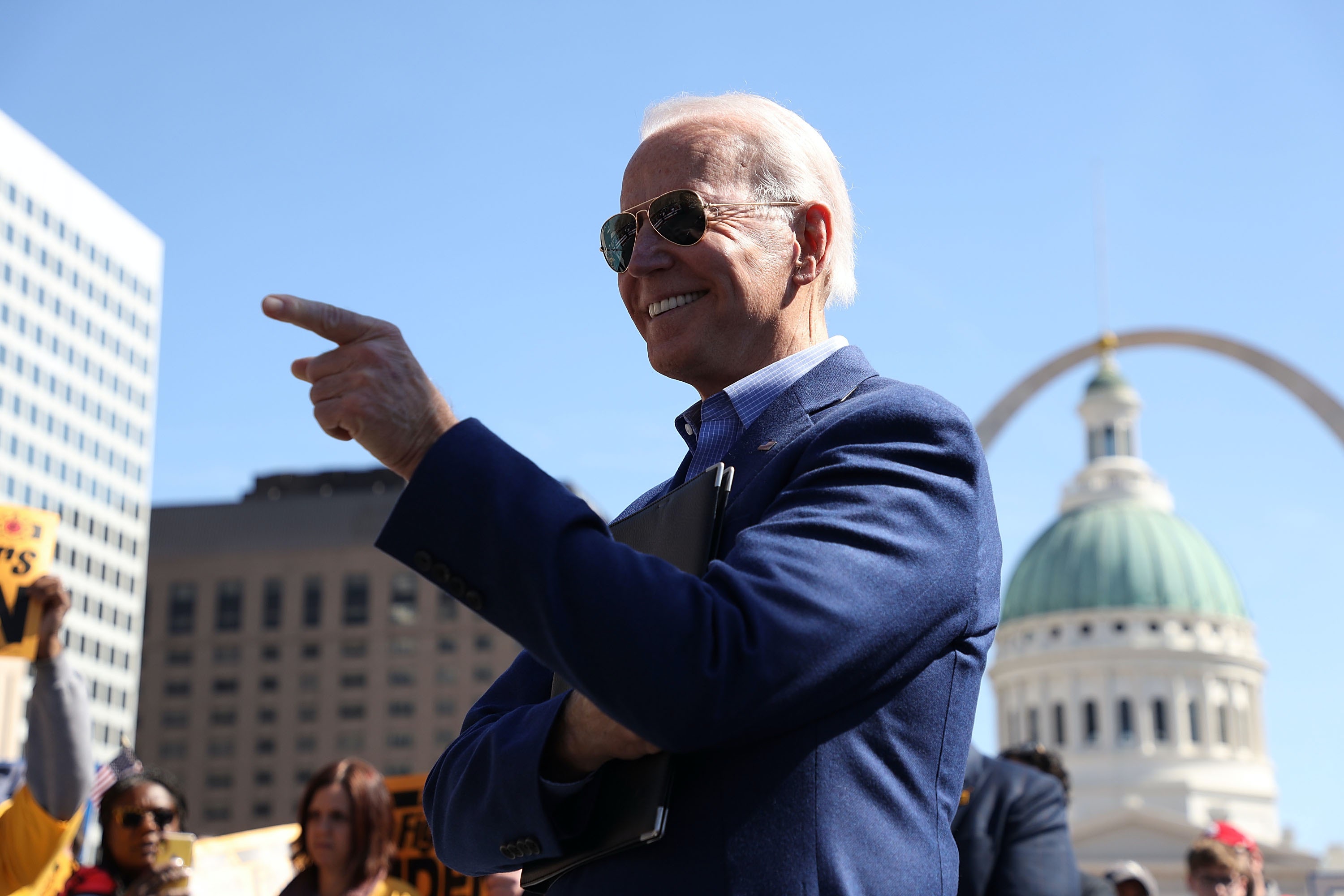 To some degree, Ralph Lauren seems to be betting on Brand USA. The label dressed Biden for his inauguration. (Incidentally, he also wore Ralph Lauren for his televised Covid-19 vaccinations). But restoring America’s standing in the world is likely to take time.

The dark side of American society that has taken centre stage in recent years pre-dated Donald Trump. In many ways, Trump was a symptom of the country’s malaise more than the disease itself. And the ugliness he unleashed is unlikely to recede quickly or quietly.

America remains deeply divided along socio-economic and political lines. According to a recent CNN poll, 32 percent of the country does not believe Biden won the election fairly. And a nation that once stood for freedom and equality remains mired in widespread poverty, entrenched racism and the inescapable realisation that the American Dream is not accessible to all.

A majority of Europeans believe that the United States has a broken political system; that China will be the world’s leading power before the end of the decade; and that Biden will fail to reverse America’s decline, according to a survey of 15,000 people in 11 European countries, conducted at the end of last year by the European Council on Foreign Relations.

Meanwhile, in China, the world’s largest fashion market, Communist Party leaders have cited America’s discord as evidence that their system is better suited to delivering long-term stability and prosperity. And some American brands have even removed items emblazoned with the country’s flag from their store windows in Chinese cities for fear of consumer backlash.

But while brand America may take time to recover, the values that animate the American Dream — freedom, equality, opportunity, optimism — may be as marketable as ever. Fashion brands would do well to focus on these underlying themes rather than associate themselves overtly with symbols of America itself, as the country course corrects under new leadership. 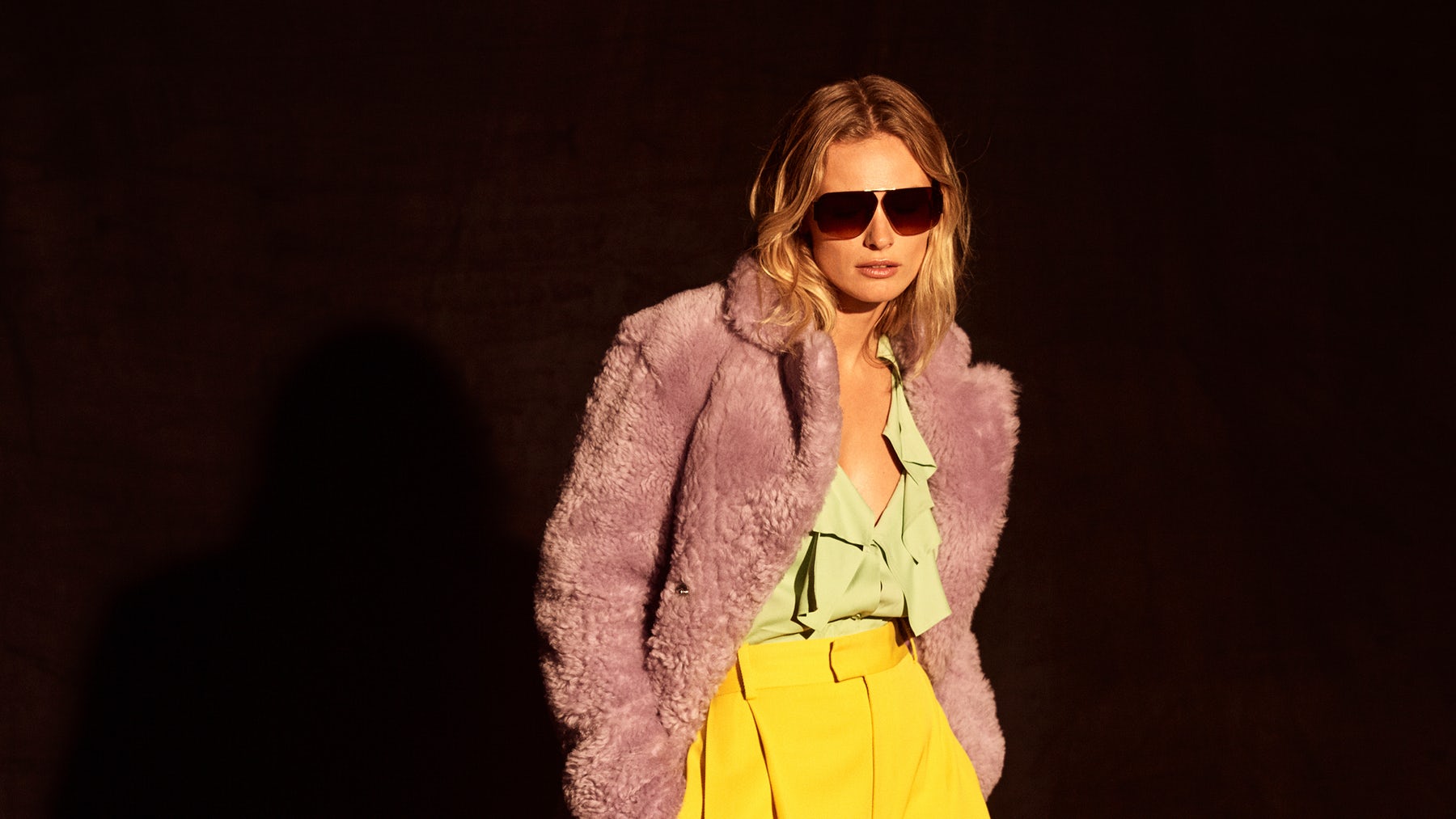 Mytheresa valued at $3 billion after US IPO. Shares in the online luxury retailer jumped 19 percent in its first day of trading on the New York Stock Exchange.

Richemont sales returned to growth during holiday quarter. The Swiss luxury group’s sales have bounced back stronger than analysts predicted, growing 5 percent in the quarter ending December 31, with Asia Pacific driving the rebound.

Goat receives investment from Pinault-owned Groupe Artémis. The sneaker reseller said it would use the cash to accelerate growth and expand into new areas while doubling down on its apparel and accessories offering.

Zegna trims hopes for full recovery in 2021. The Italian luxury clothing group pointed to challenges ahead as Covid-19 infections continue to rise, cooling growth expectations. Sales fell just over 20 percent last year, but the company still turned a profit, chief executive Gildo Zegna told reporters this week, forecasting an improvement in the economic outlook heading into the second half of 2021.

Victoria Beckham’s sales returned to growth in 2019. The brand has yet to turn a profit after more than a decade in operation, but it was back on a growth trajectory ahead of the pandemic.

Elie Saab postpones couture show due to Covid-19. The Lebanese maison’s Spring/Summer 2021 presentation was originally slated to take place January 27, but has been delayed amid concerns over a growing wave of new Covid-19 infections. It will announce new dates for the presentation in due course.

Ferragamo announces smaller board with more independent directors. The governance changes will reduce the influence of the company’s family owners who have appointed a headhunting firm to propose candidates. The news fuelled speculation about a possible sale, something the company has previously denied.

Birkenstock in sale talks with CVC capital. The German company is in advanced negotiations with the private equity firm and Breitling owner with a deal estimated at more than €4 billion ($4.8 billion), according to Bloomberg.

China’s New Year travel slump likely to slow consumer spending recovery. Due to new restrictions intended to curb an uptick in Covid-19 infections, trips over the seven-day holiday are expected to be 40 percent lower than in 2019. That threatens a recovery in consumer confidence just as spending on hospitality and restaurants had begun to pick up.

De Beers raises diamond prices. The world’s biggest diamond producer raised prices by about 5 percent at its first sale of the year, according to a Bloomberg report that cited people familiar with the matter. 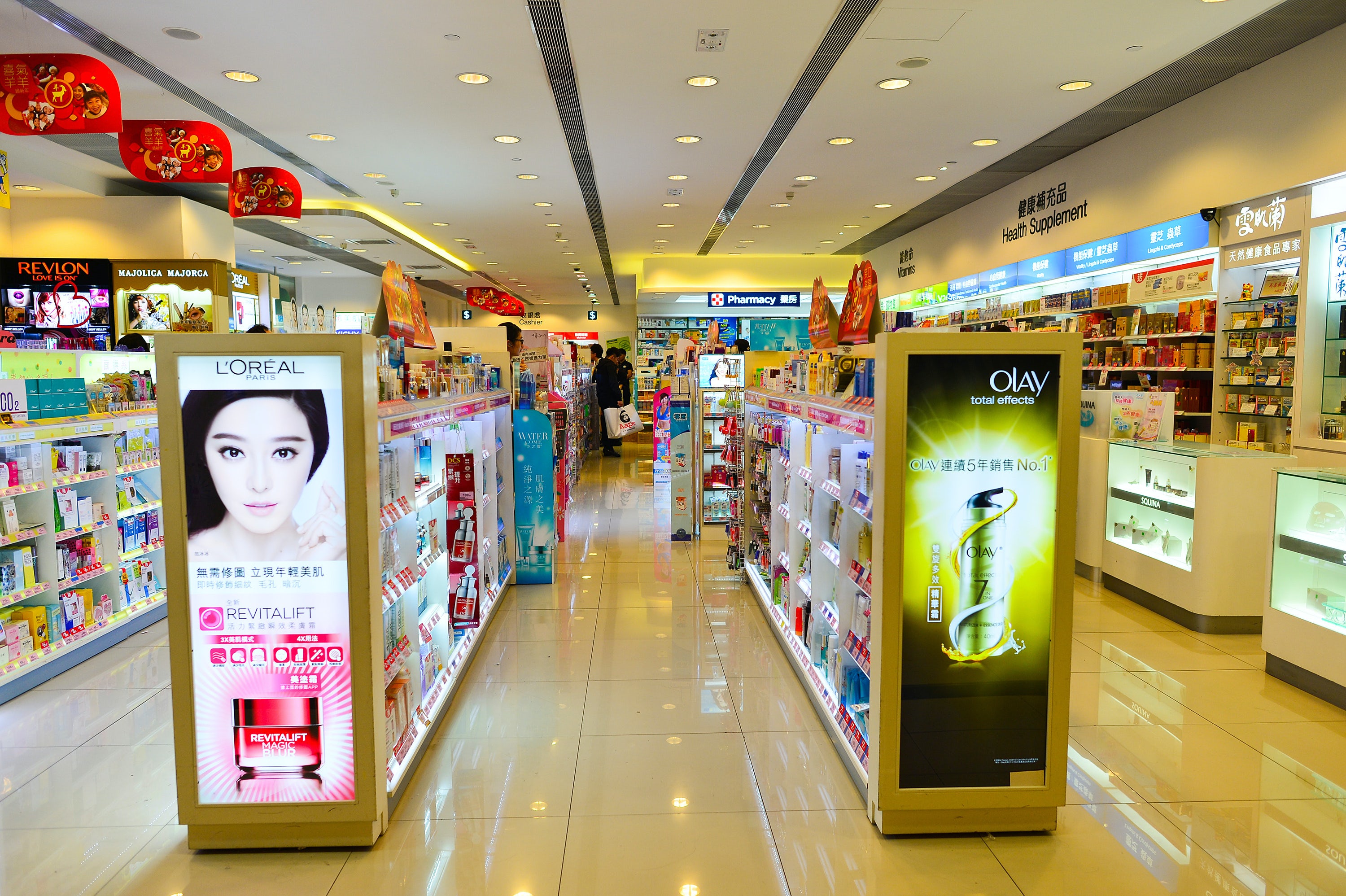 A beauty store in a Chinese shopping mall. Shutterstock.

Cruelty-free cosmetics come to China. The country loosened rules requiring animal testing, allowing a new class of makeup and skin care to be sold there.

Winky Lux crosses over. The makeup company is the latest to enter skin care.

Unilever to fight inequality, climate change. The consumer products giant says it will seek out suppliers that treat workers better and feature more diverse groups in advertising, among other initiatives. 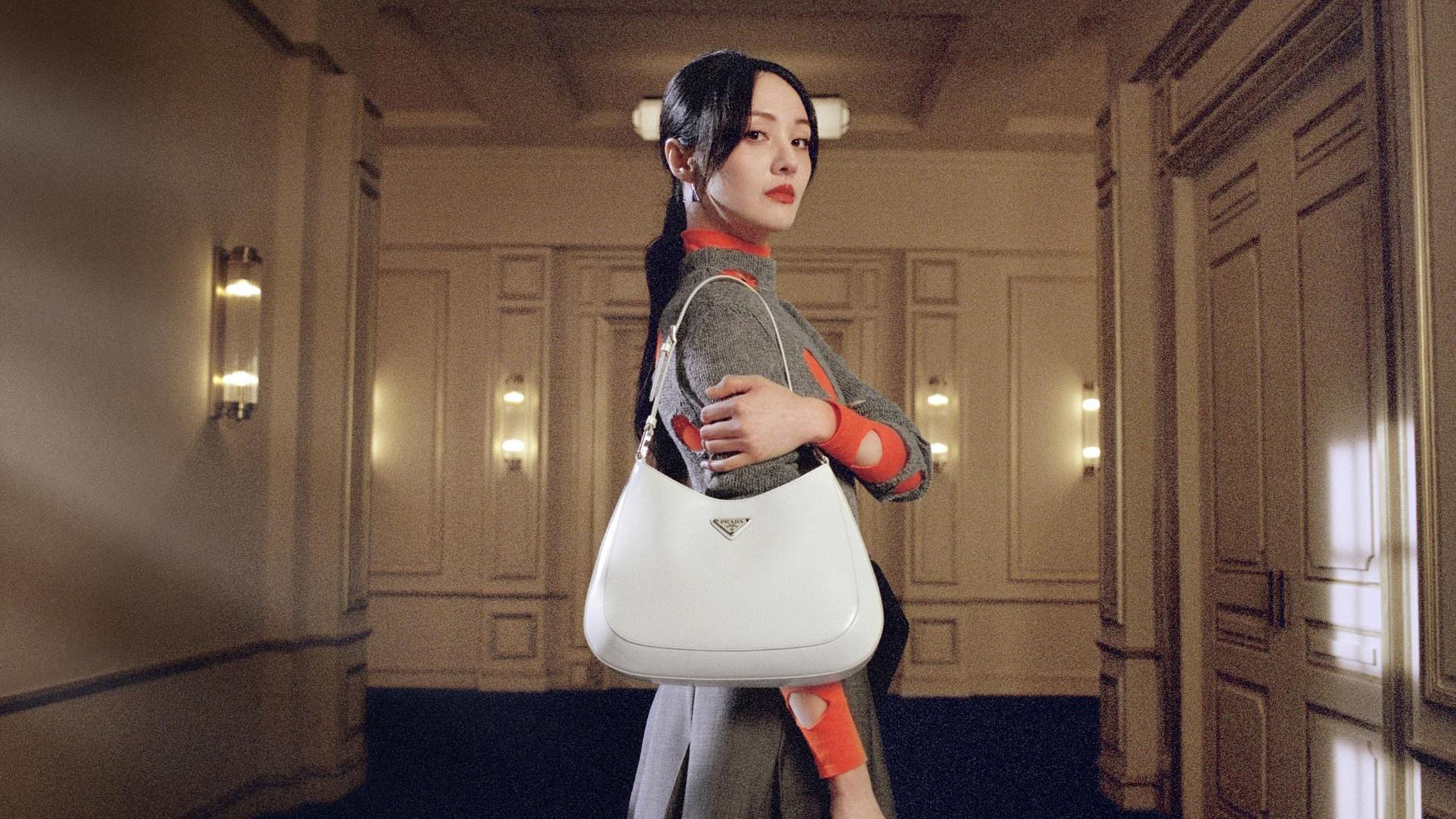 Prada parts ways with China brand ambassador following scandal. Zheng Shuang was revealed as a new celebrity ambassador last week. Prada has since terminated her contract amid allegations the actress abandoned two children born via a surrogate in the US.

Socialite Harry Brant found dead. The 24-year-old son of magazine executive Peter M. Brant and supermodel Stephanie Seymour died on Sunday, according to a report in The New York Times confirmed by his parents. 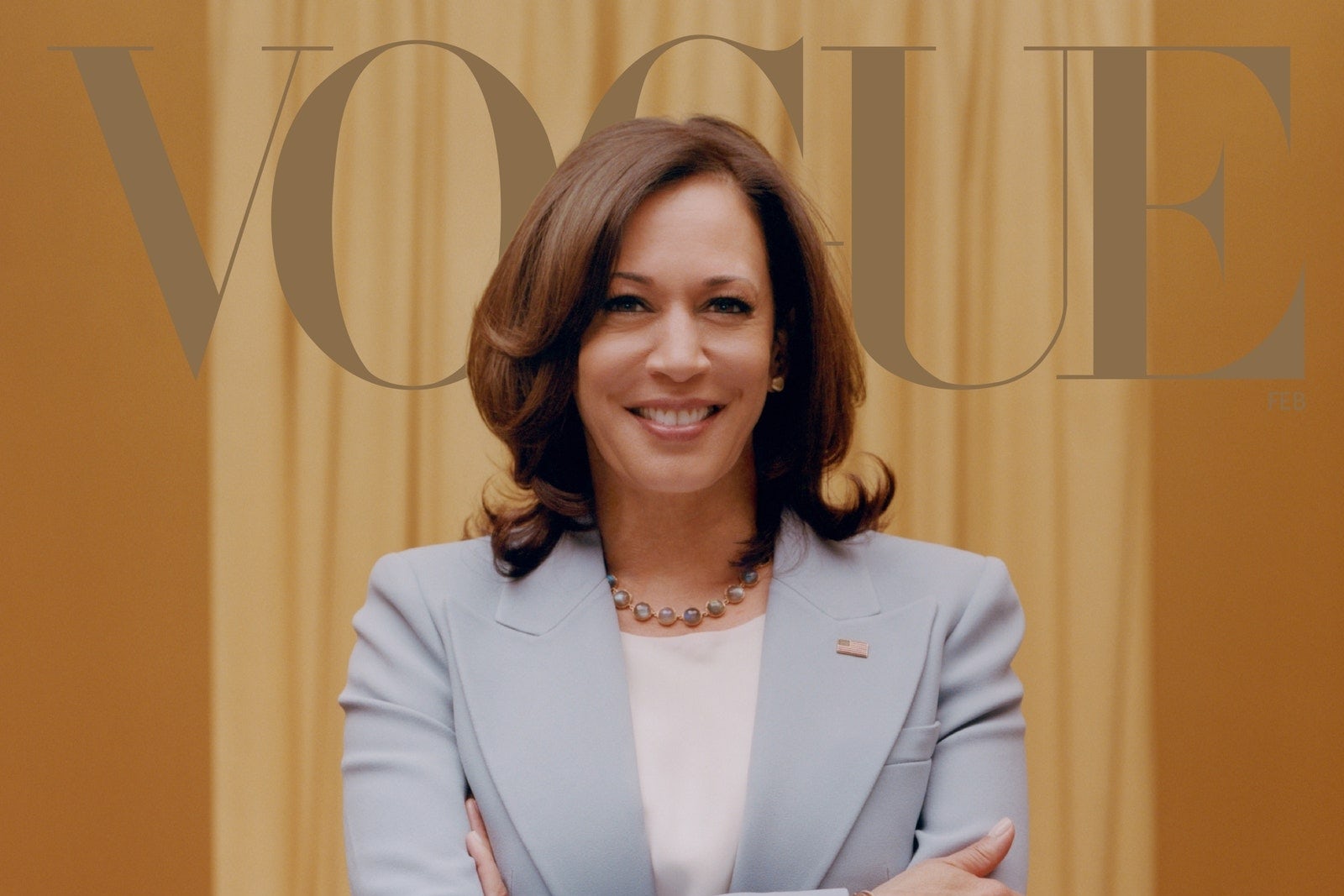 Vogue offers digital cover of Kamala Harris in print. The offer comes after criticism on social media about the cover image choice, with many wishing for a more formal look for the historic cover.

Some $63 billion richer, Alibaba investors react to Jack Ma’s reappearance. A video of the executive that emerged on Wednesday spurred the biggest stock rally in six month for Alibaba. The company’s share price rose as much as 11 percent in Hong Kong.

Amazon to open two new hubs in Italy this year. Amazon will invest over €230 million ($278 million) in opening two new logistic centres, which will create 1,100 jobs in the next three years.