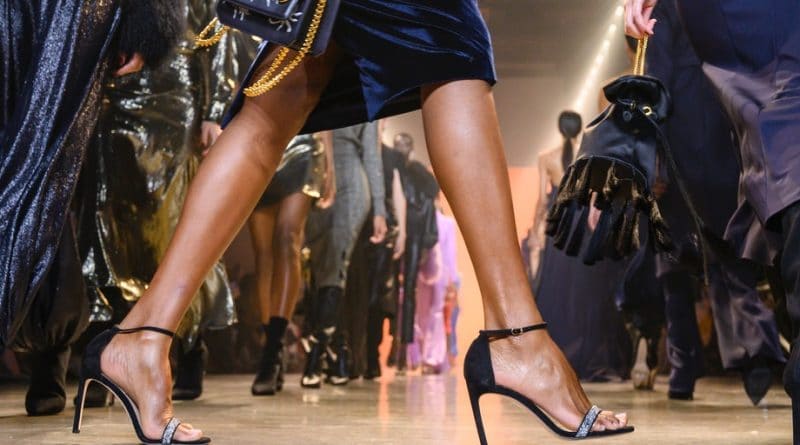 Models walk the runway at a Cushnie fashion show in 2019 | Source: Peter White/FilmMagic

NEW YORK, United States — A group of fashion and retail executives are launching a new advisory organisation that will provide free operational, marketing and creative consulting for Black founders and professionals in the industry as part of an effort to “actively fight the systematic disenfranchisement that can exist within the fashion industry,” according to a statement from the group.

Black fashion professionals interested in mentorship can request a consultation through RaiseFashionNow.org. Applicants will meet with someone from the organisation for an intake meeting to outline needs and set a timeline, and then will be paired with one or more members of its network of more than 75 mentors, based on the focus of their different needs. Mentors include designers, corporate executives, publicists, fashion directors and more people from across the industry, and can help applicants with anything from how to improve their business’ supply chain to editing resumés.

“We all really felt that that mentorship and education was really one of the most important parts of creating racial equity within the industry,” said Cushnie, explaining that RaiseFashion hopes to break down some of the barriers to entry and advancement in the industry. “It’s so much built on who you know, who you’re connected with, who’s in your network, who did you grow up with?”

The group has also partnered with Harlem’s Fashion Row, founded by Chief Executive Officer Brandice Daniel in 2007, to mentor recipients of the ICON360 grant starting in September. The programme was established in May to financially support designers of colour whose businesses are struggling because of the coronavirus pandemic, which has put pressure on the fashion industry, especially independent designers.

Collectively, we can help demolish the issue that there is a pipeline issue for Black design talent.

RaiseFashion is one of several initiatives that came together after the Black Lives Matter movement that gained prominence earlier this summer when George Floyd was killed by police officers in Minnesota, sparking international protests. The movement has shined a light on systemic racism across industries and geographies, including the fashion and beauty businesses, where Black-owned businesses are underrepresented in the media, multi-brand stores and investment portfolios and Black professionals are underrepresented in company leadership.

Other organisations formed this summer have had different goals around advancing the racial equality in the industry. The Black in Fashion Council, for example, is a coalition of Black fashion professionals who are working with corporations and organizations such as PVH and Condé Nast to become more diverse and inclusive.

Harris, who has informally advised Black entrepreneurs throughout her career in fashion, said that RaiseFashion came about after some board members banded together to offer business advice for Black-owned brands in April as financial challenges of the pandemic were becoming more clear. Their ambitions expanded after the protest movement in June.

She said RaiseFashion’s formalised approach can make more of an impact than individual mentorship. “Collectively, we can help demolish the issue that there is a pipeline issue for Black design talent,” Harris said, highlighting the lack of financial support and resources available for Black creatives to grow their businesses, which undermines their ability to be recognized by the industry.

“It is the right time to scale this effort,” Harris said.

In the future, RaiseFashion also hopes to work directly with universities to support graduates and raise money for grants towards education and small businesses.

Voices From the Black Fashion Community on Moving Forward

As Brands Rush to Speak Out, Many Statements Ring Hollow