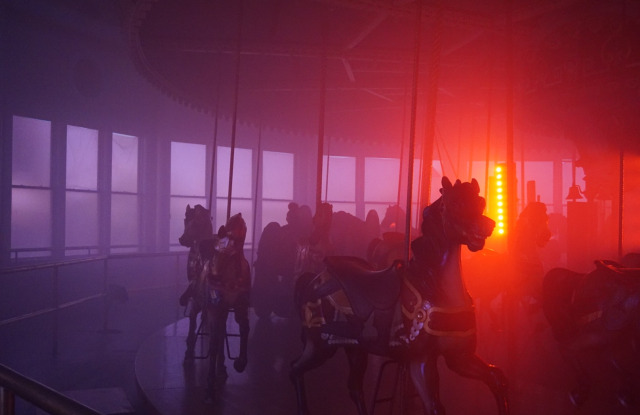 Instead of shelving an annual arts festival due to pandemic-related restrictions and logistic challenges, organizers of Fabric 2020 upped their ingenuity for the two-day event that starts Friday.

Held in multiple locations throughout Fall River, Mass., the festival will feature outdoor experiential art, sound and architectural installations, walking tours, poetry readings, a makeshift museum in an apparel company’s factory and prerecorded concerts with leading Portuguese musicians like Ricardo Rocha and Fado Bicha that will be projected onto the exteriors of city buildings. Geared to examine the impact of local culture as well as promote social solidarity, the event celebrates the city’s industrial heritage in textile mills and its cultural bond with Portugal.

Once known as the “Spindle City,” Fall River was the leading textile manufacturing city in the U.S. during the 19th century and was at one time second in the world to Manchester, England. As the name suggests, Fabric acknowledges that history and spotlights the power of collective creativity and envisions an artistically enriched future. The event is led by local business owner Michael Benevides and organized by Casa dos Acores da Nova Inglaterra.

Fabric provides a prototype of how artists, cities, community leaders, businesses and arts organizations can work together to give people reason to visit or learn more about a city’s strengths. To try to maintain post-festival engagement, a series of “Past-Ups” will be staged in public places. Dozens have already been set up around the city. Free concerts will be screened downtown and be available online. A series of talks will be held, such as one about the role art can play in the city’s future and another about how immigration in the area has changed. As of 2018, 46 percent of Fall River’s residents claimed Portuguese ancestry.

Riffing playfully on MASS MoCA, the Massachusetts Museum of Contemporary Art, FRMoCA is being set up in about 7,000 square feet in Merrow Manufacturing. (The company is the largest producer of U.S.-sourced personal protective equipment.) Located in one of the city’s massive mills, the group show will bow with a socially distanced event Friday night and remain in place for 60 days. Artist Harry Gould Harvey IV, who is represented by Bureau in New York, is exploring 501c3 status and possible funding to keep it beyond the 60 days, Benevides said. He is curating the show with his wife, the interdisciplinarian creative Brittni Ann Harvey.

Benevides said, “What we set out to do last year with the first edition of Fabric was to discover ‘Harrys’ — local or semi-local artists who are in the area or have connections to the area — to try to highlight them along with bringing in international artists. We’re doing that again with this edition. Unfortunately, people couldn’t travel in but we found solutions. We recorded this concert series in Lisbon and in the Azores that we will be projecting on city walls.”

The Brooklyn-based design studio WeShouldDoItAll is orchestrating an architectural installation along the 1.4-mile Quequechan River Rail Trail. Tracey Cockrell will present “Fall River Water Front” with students from the University of Massachusetts at Dartmouth. And Gustavo Ciriaco has crafted the multisensorial experience titled “See Through My Voices, Smell Through My Eyes,” which is from the artist’s “Come Walk with Me” series.

After reimagining and reconfiguring the festival to be COVID-19-preventative, Fabric 2020 is going forward with more than 50 percent of the events that were originally planned. While there were plans for more of an international art audience, some will participate virtually and more local artists were selected to be part of the program.

Beyond the international effort of coordinating an arts festival during COVID-19, Benevides said, “I want people to see our resiliency. We’re not going away…we’re trying to highlight the city. This city is a city that often gets battered in the media. It’s had many issues to deal with — the loss of jobs, a pretty serious drug problem and most recently we had a scandalous politician. It’s always in the media for the wrong reasons.”

Using his own family’s business, Portugalia Marketplace, as an example of the city’s transformative essence, Benevides said his father started the business in a garage at the back of the family’s tenement house. The store now “pulls in people from everywhere and shows the strength of this community and the positivity of the city,” he said. International attention has been gained from Saveur magazine and Marcus Samuelsson’s PBS show “No Passport Required,” he said. “We’ve given people reason to come here. This market has inspired Fabric, for me anyway, knowing that it’s possible to bring people here if it’s interesting and you do something cool. The idea is that people come to the city and we give them other options.”

The curatorial team consists of such talents as Jesse James and Sofia Botelho, who run Walk & Talk in the Azores, an annual summer arts festival that is in its 10th year. Antonio Pedro Lopes, who runs the Tremor five-day music festival that caps attendance at 1,500, is also involved. During his travels to the Azores for work, Benevides said he was always impressed and intrigued with how those events highlighted what is there locally but to an international audience.

“Every time the team comes over, we visit various operational factories and try to envision how we can work with these factories that are still making things here in our program,” said Benevides, adding that a visit to Vanson Leather led to a social media profile. A Matouk factory visit has also been held.

This weekend artist Tracy Silva Barbosa will pay homage to the city’s name with a nightly projection of “Waterfall Benediction,” a cascading digital mural on the exterior of Fall River’s Government Center. The dusk-to-dawn showing also marks the location where a waterfall once was. Next year the design duo from the Lisbon-based Halfstudio will create one of the “Past-Ups.” The pair will paint a splashy mural on the exterior of the Fall River Herald News building that will read “Viva Fall River.”

Post Corona: From the Brand Age to the Product Age | Opinion 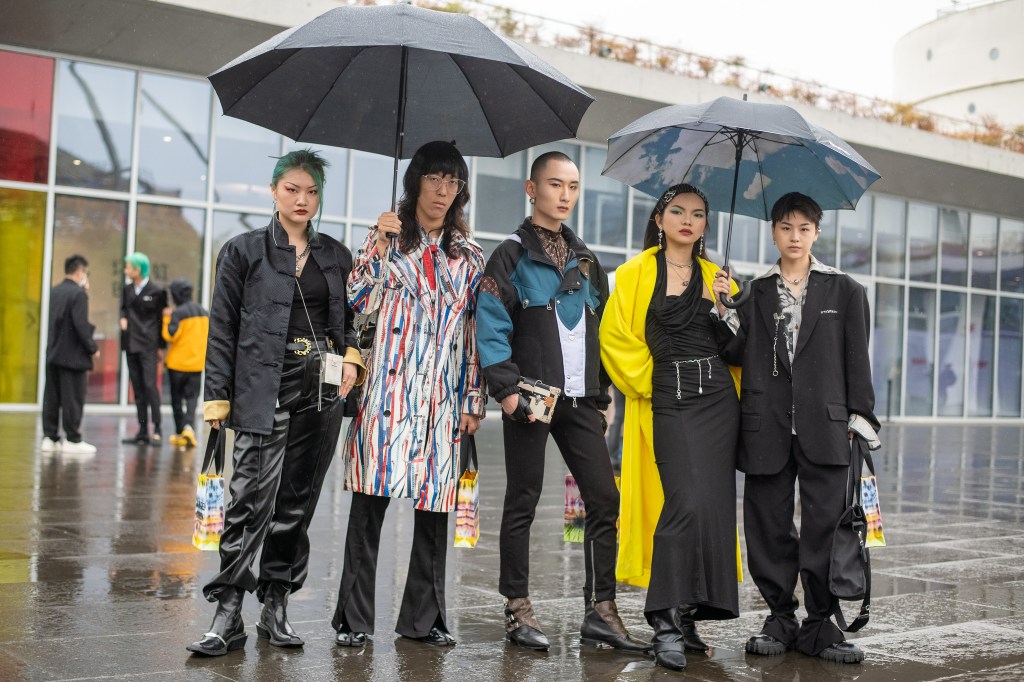