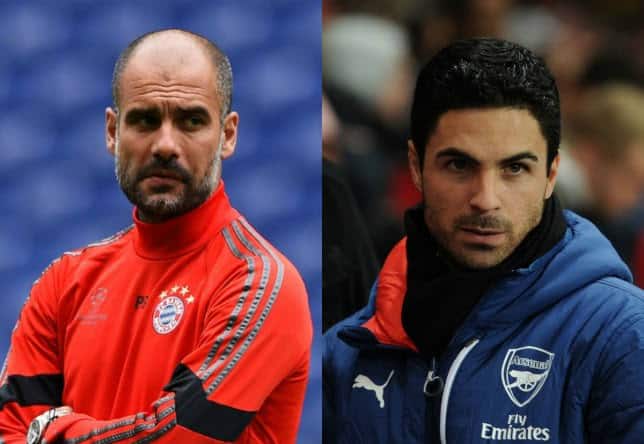 Sport
June 18, 2020June 18, 2020 Stan 0 Comments
LinkedInFacebookTweetPin
LiveChat will greatly increase the number of your satisfied customers. I've already tried it and I can recommend it as a go-to customer service tool! Sign up today for a free trial!

Goals from Raheem Sterling, Kevin De Bruyne, and Phil Foden helped the Citizens to a fine 3-0 win over Arsenal on Wednesday as Mikel Arteta received a harsh football lesson from his former boss on his first return to the Etihad Stadium since leaving his post as Pep Guardiola’s assistant

More than 100 days on from their most recent match, a 2-0 loss to bitter rivals Manchester United, reigning champions City resumed their campaign with a convincing victory over the Gunners.

Pep Guardiola’s side was 25 points adrift of leaders Liverpool before kick-off, knowing that a defeat to the Londoners could leave the Reds with one win away from lifting their first league title in three decades.

But ill-luck struck at Arsenal early with the visitors losing both Xhaka and Mari to injury in the opening 24 minutes of the match. Arteta sent in Dani Ceballos and David Luiz to take the place of the injured stars.

City then took a 1-0 lead into half-time thanks to Sterling’s strike right at the end of the first half, with the England international profiting from some school-boy David Luiz defending.

Luiz’s night got from bad to utterly terrible shortly after the restart, when he was shown a red card for bringing down Mahrez inside the box, gifting the hosts a penalty.

De Bruyne stepped up to send Bernd Leno the wrong way from the penalty spot, handling City both a two-goal lead and a one-man advantage.

From that point on, it was all Manchester City with the hosts finding space to play it around Arsenal, while the 10-man visitors seemed happy to settle for just a two-goal defeat.

City nearly added a third when Sterling caught out the opposition by passing a free-kick to Gundogan, rather than taking on the shot as expected. Gundogan’s shot, though, was unable to beat Leno, with the Arsenal keeper – undoubtedly their best player on the night – making a low save.

A moment of worry followed for Guardiola as goalkeeper Ederson crashed into Garcia, knocking out the young defender who had to be stretched out. And with the City boss already exhausting his five substitutes, it was ten against ten for the last ten minutes.

Foden then made it three-nil in the closing stages, finishing a rebound into an unguarded net after an Aguero clip over Leno hit the post.

Goals, penalty, red card, poor Arsenal, superb Man City, it’s so good to have football back into our lives finally.

Welcome back, the Premier League.