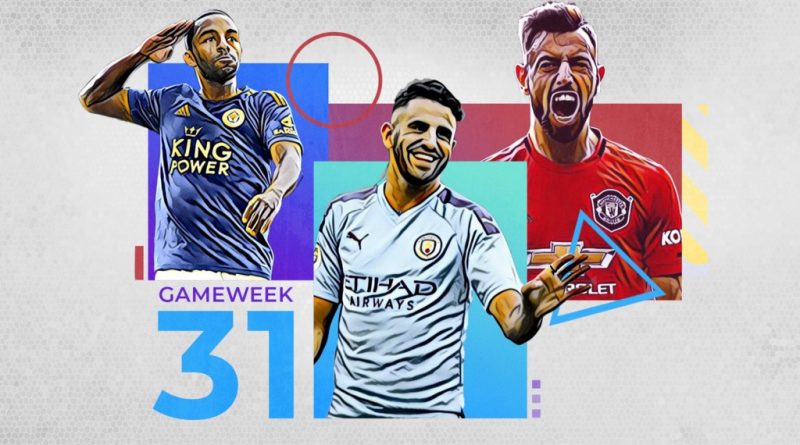 Sport
June 20, 2020June 20, 2020 Stan 0 Comments
LinkedInFacebookTweetPin
LiveChat will greatly increase the number of your satisfied customers. I've already tried it and I can recommend it as a go-to customer service tool! Sign up today for a free trial!

England Sim Fantasy Gameweek 31 has ended and here are the final scores, like every other day!

The highlights of the round were Liverpool’s new victory versus Bournemouth, remaining undefeated after 31 games, Mahrez proving that he deserves more credit than Pep gives him and Tottenham back to winning after 4 games!

Riyad Mahrez finished Gameweek 31 as the MVP, with 13 points! The Argelian star was honored with the MVP for the first time in the season! He had a big brace in an away win over Aston Villa, keeping City in the battle for the title!

As always, the #DreamTeam has a selection of the best showings in England Sim Fantasy’s Gameweek 31, with midfielders being the ones on display this round.

Liverpool, Man City, Crystal Palace and Wolves slotted in 2 players each and Leicester, Man United and Tottenham provided the rest of the players, for a total of 7 different clubs earning a spot in the GW28 Dream Team.

The attacking trio is composed of Harry Kane (10 points), with a brace in Tottenham’s home win, Raúl Jiménez (10 points), who did the same for Wolves in an away victory, and Cenk Tosun (9 points), who scored one and assisted another in an easy Palace win over Southampton.

In the middle of the park, we have Riyad Mahrez (13 points), our MVP, Sterling (11 points), who was in two of City’s goals, Bruno Fernandes (10 points), who had “goal plus assist” in an important away draw against Arsenal, and Mohamed Salah (13 points), 2 goals and almost taking the MVP in Liverpool’s away win.

At the back, Robertson (9 points) had an assist and a cleanie for Liverpool, Pereira and Doherty (9 points) who did the same for Leicester and Wolves respectively in away wins. Crystal Palace’s Vicente Guaita (6 points) was the best keeper of the round.

Here’s how the league table looks like after Gameweek 31.

England Sim Fantasy: the Results of Gameweek 31 was originally published in The Call-Up on Medium, where people are continuing the conversation by highlighting and responding to this story.