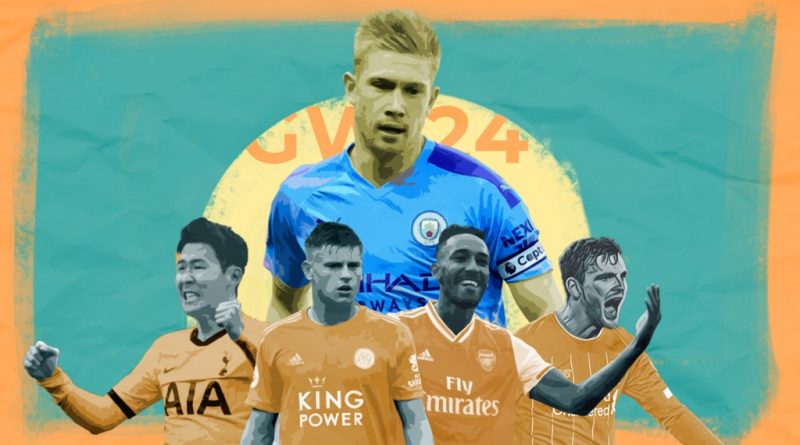 Sport
June 9, 2020June 10, 2020 Stan 0 Comments
LinkedInFacebookTweetPin
LiveChat will greatly increase the number of your satisfied customers. I've already tried it and I can recommend it as a go-to customer service tool! Sign up today for a free trial!

Aubameyang, Saint-Maximin, Barnes and Son had braces. United won, Chelsea lost and the Red Devils are back into the top-3!

England Sim Fantasy Gameweek 14 has come to an end and, as always, we deliver you the final scores, every day!

This is where you‘ll find the results for each game, MVP and Dream Team of every round. Check also the main stats (goals, assists, bookings) and the final result of each match.

Our simulated competition is reaching it’s peak, lots of goals and brilliant player performances all around! Proof of that GW24’s Dream Team, featuring 11 clubs, something that happened for the very first time in this competition!

Check out what happened in the pitch!

De Bruyne finished Gameweek 24 as the MVP, with 14 points! KdB assisted the first two goals for the Citizens and scored the last and decisive one, in another incredible performance from the Belgian!

A terrific trio up the pitch, with Son Heung-Min (10 points) and Pierre-Emerick Aubameyang (10 points), both with a braces for Tottenham and Arsenal respectively, and Marcus Rashford (9 points), scorer of one, creator of another in Man United’s big win on the road.

Kevin De Bruyne (14 points), our MVP, leads all midfielders, joined by Allan Saint-Maximin (12 points), with a brace for a surprinsing Newcastle win over Chelsea, Harvey Barnes (12 points), who did the same for Leicester, and Ryan Fraser (10 points), who participated in Bournemouth’s both goals.

At the back, Ben Mee (9 points), with an assist in Burnley’s home win, Andrew Robertson (9 points), helping Firmino score the winner for Liverpool, and Matt Targett (6 points), with a much needed cleanie for Aston Villa at Goodison, complete the 3–4–3. Goalie of the round is Dean Henderson (6 points), playing a big part in the clean sheet kept by Sheffield United.

Scores are in and here’s how the league table looks like after Gameweek 24.

England Sim Fantasy: the Results of Gameweek 24 was originally published in The Call-Up on Medium, where people are continuing the conversation by highlighting and responding to this story.