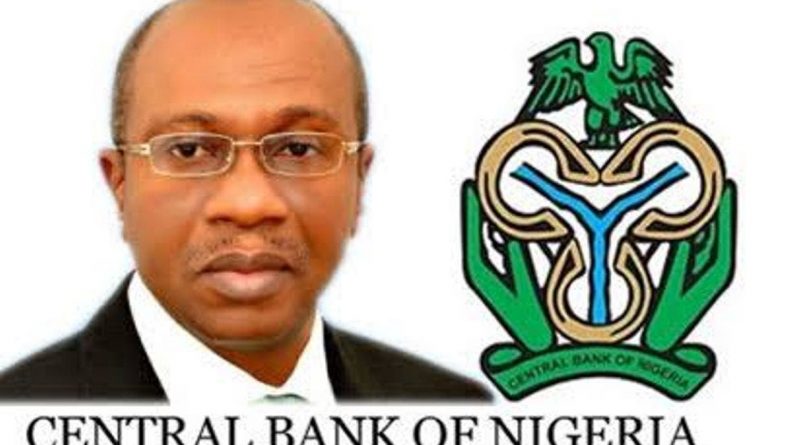 The Governor of Central Bank of Nigeria, CBN, Godwin Emefiele, weekend, was commended for initiating the *University-Based Poultry Revival Progrmame, UBPRP, as the University of Benin and Unigold Foods Limited signed a Memorandum of Understanding, MoU, to establish a 50 million per annum broiler/chicken production, processing and packaging poultry facility.

The MoU is a Public-Private Partnership, PPP, arrangement under the UBPRP, with optimism to reverse the trend of smuggling and importation of poultry products into the country and to it poultry products exporting giant, which Unigold Foods Ltd is also one of the nation’s foremost food and Livestock Company that could achieve this lofty dream by 2030.

Managements of the two organizations commended Emefiele and the CBN based on the fact that UBPRP will encourage high-level private sector participation, the attraction of investors, job creation, and prevention of capital flight and will add value to the poultry industry, which already Uniben and Unigold Foods Ltd have keyed into the programme, and expressed hope that it will expand to other universities across the country, and Nigeria will emerge Africa’s poultry products hubby 2030.

Meanwhile, the Vice-Chancellor of Uniben, Prof Lilian Salami, said the university is elated with the collaboration and MoU signed with Unigold Foods Ltd, which has led to the creation of a Special Purpose Vehicle, SPV, company called United Poultry And Food Company Nigeria Ltd.

According to Salami the SPV will be a national company that will play a key role in the agro-based business space which apart from being a profitable business will facilitate job creation for staff, students, and thousands of youths in Edo State because it will bring about human capacity development in terms of skill acquisition in the poultry industry including other opportunities.

She also added that the research materials will help to reduce the cost of production including fast-grow times of birds and will boost the value chains for more direct and indirect job opportunities.

Also speaking was the Executive Director, Unigold Foods Ltd, Sir Tony Alile, lauded the VC of UniBen, Prof Salami, and her team for collaborating with Unigold Foods Ltd to establish a Special Purpose Vehicle, SPV, company, United Poultry and Food Company Nigeria Limited, for the interests of both organizations as public and private partners.

Alile also added that public institutions should not run businesses but rather focus on the research and development needed to make partnerships a success.

A senior officer of the company who is also the Chief Operating Officer, Richard Obiorah, made it known that the project is a multi billion Naira venture.

“That the Management of the University of Benin, especially the Vice-Chancellor, Prof Lilian Salami, must be applauded as she has provided enough land from the thousands of hectares of land owned by the University that will make it possible to create a poultry city that will have its own industrial-scale breeder farms, capacity to produce and hatch 2 million day-old chicks on a weekly basis, fully automated processing and packaging plants and an industrial feed mill producing affordable feed for the company and the public at large.

“Nigeria’s poultry industry is not competitive and is too expensive, hence the reason why consumers buy smuggled poultry which is cheaper, but with the coming of this project and also keying into CBN’s poultry initiatives under the University-Based Poultry Programme, in less than five years the issue of smuggling poultry products into Nigeria which has been happening since 2003 will become a thing of the past”, he stated.

However according to him ( Obiorah), “It is a little on the sad side that the combined production capacity of two South African companies is more than the whole production capacity of Nigeria as a whole. The time of complaining has to stop and innovative private companies such as Unigold Foods has seen the merits of what we call the ‘Emefiele Plan for the Poultry Industry’ and are simply joining forces with a great institution like the University of Benin which has more than 35 years experience producing poultry products and taking it to a much higher industrial level.

“In all sincerity, we believe that this partnership will create the largest poultry production company in Africa by 2030 for a variety of reasons but chief amongst which is based on economies of scale we are already sure of producing our broiler birds at 10 per cent lower cost than what prevails in South Africa.

“And for the purpose of clarity broiler production cost in South Africa is the 6th lowest in the world, the broilers produced by United Poultry will meet all the requirements of Nigerian customers as to quality, availability and low cost”, he said.

He further stated that, “So we are telling Nigerians to be patient and that the future is bright for the industry and prices will start going down within the next 18 months based on all the steps all the various stakeholders to the project have taken to ensure it’s a success.

“That construction of the facility starts in earnest in October 2020 and the facility will release its new brand of affordable high quality frozen broilers and other products into the market by December 2021”, he disclosed.