Lots of people credit the great Elvis Presley with inventing rockabilly music. While many people will argue just as strongly against that hypothesis as others will for it, one thing is for certain: It was Elvis who brought the music to the attention of the world.

There were other acts in both the Blues/Rhythm and Blues as well as country music genres that one could hold up in an argument as performers who were playing rockabilly music before Elvis came along. There is no doubt that Junior Parker and other Sun Records blues artists were recording music that was very much like rockabilly. On the country side, hillbilly boogie music was just a bit less fiddle and steel guitar and some drums away from rockabilly. The Maddox Brothers and Rose were creating recordings that many consider to be the first rockabilly way back into the late 1940s.

Still, it was Elvis that took these disparate influences and melded them expertly into the first recordings that nearly everyone can agree is unarguably rockabilly. Elvis drew from both sources (along with his background in gospel music) to create his unique sound. He drew from rhythm and blues for some of his earliest rockabilly recordings like “That’s All Right,” “Mystery Train,” and “Hound Dog.” At the same time, he reached back to his country roots too with songs like Bill Monroe’s classic “Blue Moon of Kentucky,” “I’m Left, You’re Right, She’s Gone,” and “I Forgot to Remember to Forget.”

But more than the songs he chose to record, he dipped deep into the influences of the musicians he’d listened to growing up. Blues men, country gentlemen, wild rhythm and blues acts, and raucous gospel choirs all left their mark on the King and they helped to form the boy who would become the greatest rock and roll star the world has ever known.

And the thing that was most amazing about Elvis is that in melding these musical influences so seamlessly, he made it seem like it was a totally natural and logical step in the progression of music. After Elvis convinced everyone that this new music made perfect sense, many other artists broke through with their versions of rockabilly. These artists built upon what Elvis started. Some were wilder than Elvis. Some were more polished than the King in his early days. But none made a bigger impact.

No one would ever again question whether what these cats were doing was real. (Well, there were the establishment “grow ups” who fought against it, but rock and roll proved them epically wrong!) That’s because Elvis made it real. He made is seem natural and no matter how unlikely it seems if you analyze what happened that anyone could marry the blues with country music to create a completely new sensation, that’s exactly what Elvis did. They don’t call him The King for nothing! Alleged Abortion: ‘I Am Not A Murderer’ – Ultimate Love Star, Rosie Says In Touching Video 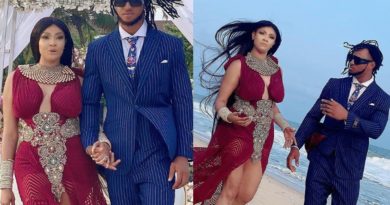 Mother of God, fella, Line of Duty is back