Senate Democrats on Wednesday unveiled a new billionaires’ tax proposal, an entirely new entry in the tax code designed to help pay for Joe Biden’s sweeping domestic policy package and edge his party closer to an overall agreement on a shrunken version of the administration’s $3.5tn flagship legislation.

The proposed tax would hit the gains of those with more than $1bn in assets or incomes of more than $100m a year, and it could begin to shore up the big social services and climate change plan Biden is racing to finish before departing this week for the global climate summit in Scotland, Cop26.

Democrats behind the proposal say that about 700 of America’s super-rich taxpayers will be affected by the tax proposal.

The wealthiest in the US include household names such as Tesla and SpaceX’s Elon Musk, the world’s richest person worth almost a quarter of a trillion dollars. Also Jeff Bezos, Microsoft’s Bill Gates, Facebook’s Mark Zuckerberg, Larry Page and Sergey Brin of Google, investor Warren Buffett, the Walton family members behind Walmart and industrialist and libertarian activist Charles Koch.

Reports have shown that the wealthiest Americans became even richer during the coronavirus pandemic, with the 400 richest Americans seeing a 40% rise in their wealth even as the pandemic shuttered large parts of the US economy.

“The Billionaires Income Tax would ensure billionaires pay tax every year, just like working Americans,” said Democratic Senator Ron Wyden of Oregon, chairman of the Senate finance committee who authored the new billionaire tax proposal, in a statement. “No working person in America thinks it’s right that they pay their taxes and billionaires don’t.”

At the heart of the billionaire’s tax proposal is a change in what the federal government will consider income for the wealthiest individuals in the country. Rather than just basing tax on the paycheck a billionaire receives from a company, the tax would target the unrealized gains of billionaires, which includes the billions of dollars of shares they hold in their companies.

Amazon’s Jeff Bezos, for example, makes a salary of around $80,000 a year, though his Amazon stock holdings increase in value over $10bn a year.

“If Mr Bezos does not sell any of his Amazon shares in a give year, the income tax ignores the $10bn gain, and effectively he is taxed like a middle-class person making $80,000 a year,” wrote Chuck Marr, director of federal tax policy at the Center for Budget and Policy Priorities think tank, in a Twitter thread explaining the Democrats’ proposal.

This happens, Marr noted, because the federal government does not treat gains made on stocks as income until the stock is sold. What billionaires do to get money is take out huge personal loans, using their shares as collateral. ProPublica revealed that Tesla’s Elon Musk pledged 92m shares of Tesla stock, currently worth over $1,000 a share, as collateral for personal loans.

“Why do wealthy people take out these loans? A big reason is to avoid paying taxes they would have to pay if they sold some of their assets,” Marr wrote. “With this proposal, policymakers, in effect, are acknowledging that this is a glaring loophole in the income tax that needs to be closed.”

Musk took a dig on the plan on Twitter, responding to a Twitter user who expressed concerns that the proposal, if passed, would open the door to future tax hikes that would cover a wider range of middle-class Americans with investments.

“Exactly. Eventually, they run out of other people’s money and then they come for you,” tweeted Musk, the world’s richest person who could owe as much as $50bn in taxes under the proposal.

The new billionaires’ proposal, coupled with a new 15% corporate minimum tax, would provide alternative revenue sources that Biden needs to win over one key Democrat, Senator Kyrsten Sinema of Arizona, who had rejected the party’s earlier idea of reversing the Trump-era tax breaks on corporations and the wealthy to raise revenue.

Biden met late on Tuesday evening with Sinema and another Democratic holdout, Senator Joe Manchin of West Virginia, at the White House.

With the US Senate evenly split 50-50 between Republicans and Democrats, Biden needs every Democratic senator on board in order to pass the budget bill with the allowable simple majority, using the so-called reconciliation process – with Vice-President Kamala Harris as the casting vote in the traditional roll of president of the Senate.

“No senator wants to stand up and say, ‘Gee, I think it’s just fine for billionaires to pay little or no taxes for years on end’,” said Democratic Senator Ron Wyden of Oregon, chairman of the Senate finance committee, in helming the new effort at a framework agreement as early as Wednesday.

Biden and his party are homing in on at least $1.75tn in healthcare, child care and climate change programs, scaling back what had been outlined as a $3.5tn plan, as they try to wrap up negotiations.

Taken together, the new tax on billionaires and the 15% corporate minimum tax are designed to fulfill Biden’s desire for the wealthy and big business to pay their “fair share”.

They also fit his promise that no new taxes hit those earning less than $400,000 a year, or $450,000 for couples. Biden insists all the new spending will be fully paid for and not piled onto the national debt.

While the new tax proposals have appeared agreeable to Manchin and could win over Sinema, the idea of the billionaires’ tax has run into criticism from other Democrats, let alone Republicans. 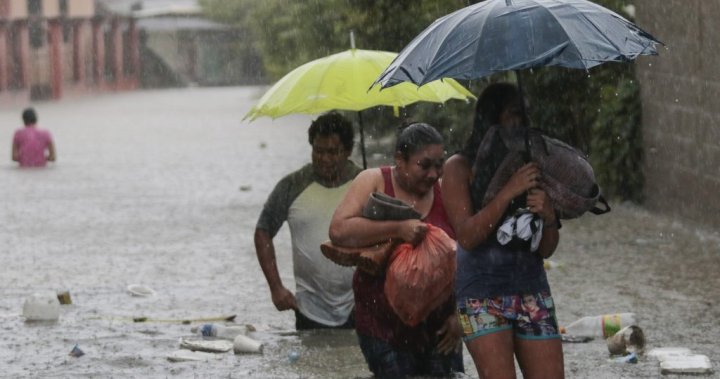 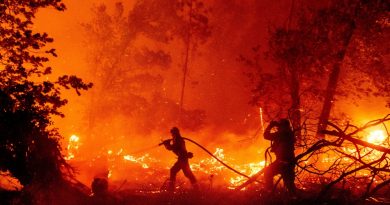