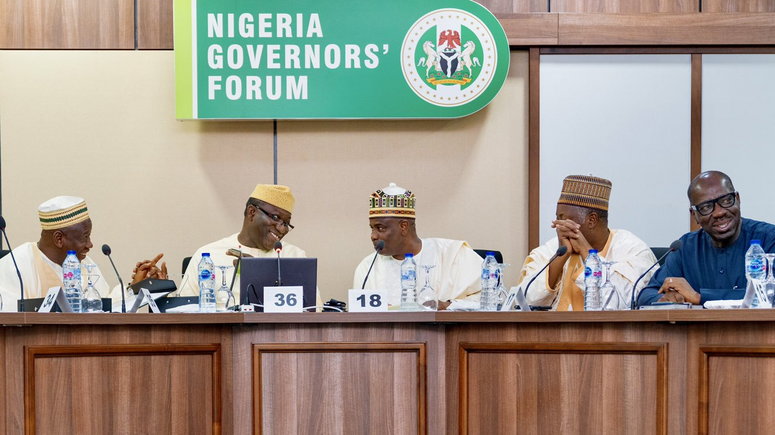 The forum announced this in a communiqué signed by the forum Chairman and Governor of Ekiti , Dr Kayode Fayemi on Thursday in Abuja, after the forum’s 15th teleconference meeting held on Wednesday.

The communiqué stated that governors at the meeting deliberated on issues affecting the country, particularly the impact of the COVID-19 pandemic.

It noted that testing remained the number one priority for the government, adding that 32 states in the country now had molecular laboratories while investments were being directed to the remaining four states.

“In the light of this, all state governments will be required to scale up risk communications campaigns in these areas through state and local structures,” it stated.

It stated that the governors at the meeting resolved to scale up the implementation of the Risk Communications Community Engagement (RCCE) strategy developed by the Presidential Task on COVID-19 (PTF).

“The strategy will  provide necessary impetus on communicating with the public so that communities can curtail the spread of COVID-19 in a sustainable approach.

“State governments will also be able to identify and engage with all the relevant multi sectoral partners as the success of this strategy; commissioners of information are to head this exercise nationwide,” the NGF said.

It added that the forum also resolved to continue to engage with the Federal Government on the suspension of state counterpart funds required for accessing the Universal Basic Education (UBE) Fund and the Basic Health Care Provision Fund.

This, according to the communique, is  based on the recommendations of the National Economic Council (NEC) ad hoc committee on COVID-19 chaired by the Vice-President Yemi Osinbajo.

t noted that Fayemi earlier,  updated the forum that discussions were ongoing with the federal government through the Ministry of Education to facilitate access to unrealised funds from the UBE fund.

It added that Fayemi told the governors that the forum was also awaiting an advisory from the Attorney General of the Federation on the call for a waiver on counterpart funds from states in the light of the impact of the COVID-19 on state finances.

It quoted Fayemi saying the NEC Security ad hoc committee,  comprising the governors of Ekiti, Katsina, Borno, Bayelsa, Ebonyi, Kogi and Lagos, met with  President Muhammad Buhari on Aug. 11, to present the concerns of governors on the security situation in the country.

“At the meeting, the communique said that President Buhari called for better inter-service coordination and assured governors that necessary security equipment were being provided to the security agencies,” Fayemi said.

The NGF further  stated that the forum, at the meeting, also resolved that state governments would continue to provide appropriate support to the independent verification teams from the Office of the Auditor General of the Federation who were currently in states to conduct the 2019 Annual Performance Assessment for the (SFTAS) programme.

“The states are to engage the officials of the Nigeria Association of Resident Doctors (NARD) to forestall their intention to embark on an industrial action,” it said.

It noted that the forum also received an update from Gov. Aminu Tambuwal of Sokoto state, leading the NGF Committee interfacing with the office of the Attorney-General of the Federation on the implementation of Executive Order 10.

“The committee is currently working on a template acceptable to all parties for the implementation of financial autonomy for state legislature and judiciary”, the communique said.

“The NGF in collaboration with the World Bank has negotiated a flexible payment term for the acquisition of a Software as a Service (SaaS) e-procurement solution for all states in the country.

“States can now make 30 per cent advance payment for the solution after signing the framework contract.

“The software which is aimed at improving public procurement in the country has many advantages over traditional models of business software installation.

“This will include lower upfront cost, quick set up and deployment, easy upgrade, accessibility and scalability,” it said.

It added that states were  encouraged to publish a Consolidated Revenue Code, Public Procurement Law and Debt Management Law on or before September 30, to be assessed under the SFTAS 2019 Annual Performance Assessment (APA).(NAN)